Predictions for July 2 and beyond 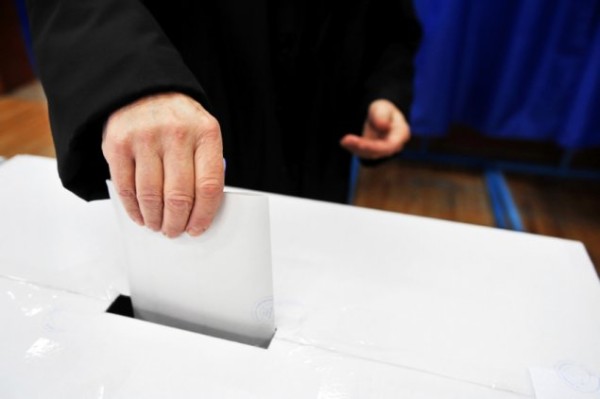 Next week it will all be over – temporarily.

The 2016 Federal election has been a mild affair in the ACT and we can confidently predict all four sitting members will be returned despite boundary adjustments due to population which saw the Canberra electorate cross Lake Burley Griffin into the renamed seat of Fenner.

This is in contrast to 2012 when the Greens made a determined effort for the Liberal Senate position held by Zed Seselja.

The Greens are still fielding candidates here, however their target appears to have moved to the House of Representatives inner city seats of Sydney (Grayndler) and of Melbourne (Batman, Wills) where boundary changes and now resident cashed up yuppies threaten the established Labor constituencies.

As these cities’ populations grow, older inhabitants die off and central area suburbs house prices rise, these pressures will continue, particularly if draining preference deals can be negotiated.

Of special interest and sadly not much information, probably because we are too far away, is the South Australian situation.

Here Nick Xenophon, the popular local Senator, is fielding a team of 14 for both Federal houses of parliament.

Polling suggests the NXT are running at 25 percent of the vote.

While both Labor and Liberal Parties are worried, the Greens must be equally concerned. The Xenophons can take votes from the majors but they must also attract support from people who vote for smaller or independent Parties, leaving the Greens equally vulnerable in a full Senate election when quotas are lower.

Our own low-key campaigns, along with next door Eden-Monaro, now completely surrounding the ACT with the addition of the west (Tumut) area and which cannot now be declared bellwether, overlook a major change for 2020.

We have had a rollercoaster ride in this matter, gaining a third House of Representatives seat (Namadji) for one term in the ’90s then losing it again when our magic number fell below electoral requirements.

The subsequent development of Gungahlin and more recently the Molonglo Valley has substantially increased our population and will continue to do so over the next four years to the 2020 election. It is difficult to see such pressures ignored, especially if wild cards like CSIRO’s 701 hectare field station land are added to the developments.

The electoral redistribution moving north Canberra into our southern Federal seat cannot last with Molonglo filling up fast and another adjustment will be necessary.

As if this wasn’t enough, the increase from this October election in the number of ACT Legislative Assembly members from 17 to 25 also is recognition the original 1989 ratio of one member for every 10,000 voters no longer applies.

If we currently have at least 250,000 voters for an Assembly election – which we do – then numbers for a third Federal seat (Namadji again?) cannot be far away.
How or where the new third division will be created I don’t know. I’m too busy adjusting to the five by five Assembly electorates.

Forget the reps seat, we should have 6 senate seats (and NT 4) to match our population in comparison to other states and their number of senators.

A third ACT federal seat? Let’s do the maths. To determine the representation entitlement (number of members per State and Territory) there is a formula which is total population / 2 x number of senators = quota.
So in 2011, the total population of 21,883,246 / 2×72 gave a quota of 151,967. This means that for every 151,967 people there should be one Division and one elected representative from that Division to the House of Reps. In 2011 the NSW population produced 48 Divisions, VIC 37, QLD 30, WA 15, SA 11, ACT 2, NT 2. Tasmania is guaranteed a minimum of 5, even if its population drops.

If you look at this page, you’ll see that the ACT’s growth rate for the year to December 2015 was the same as Australia’s overall at 1.4%:

Looking at some ACT Treasury forecasts, they have our population increasing at a rate of less than 1.4% p.a., meaning we’d be further away from 3 seats than we are now. Looking at some historical population figures, 1.4% p.a. looks to be Australia’s average growth rate for the last decade or so.

A third ACT federal seat? Let’s do the maths. To determine the representation entitlement (number of members per State and Territory) there is a formula which is total population / 2 x number of senators = quota.
So in 2011, the total population of 21,883,246 / 2×72 gave a quota of 151,967. This means that for every 151,967 people there should be one Division and one elected representative from that Division to the House of Reps. In 2011 the NSW population produced 48 Divisions, VIC 37, QLD 30, WA 15, SA 11, ACT 2, NT 2. Tasmania is guaranteed a minimum of 5, even if its population drops.

Would Nick Zeno be able to cream off so many SA votes. The joint was a basket case, and now needs a bigger basket with the steel mill trouble. Won’t they need a lib/lab mob to splash the cash about ?
ie subs.
Nick won’t hold the keys to the treasury.