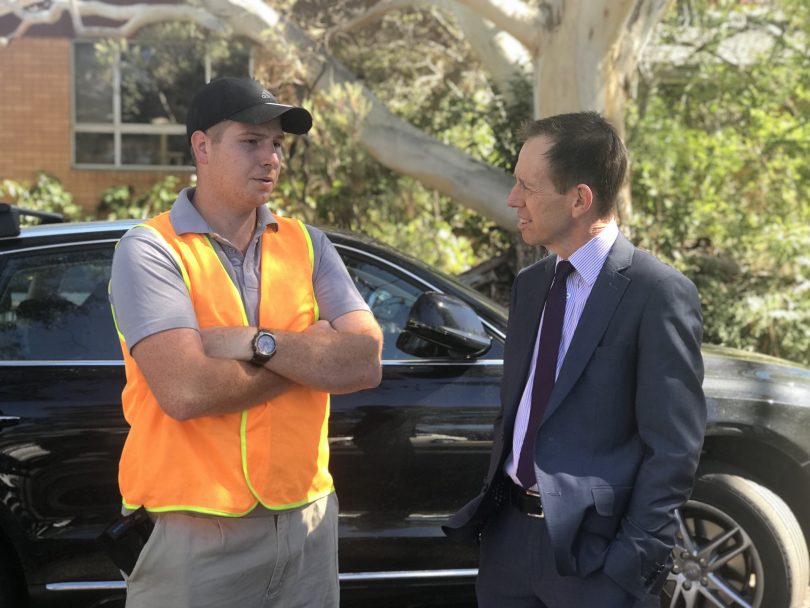 Low-security detainees from the Alexander Maconochie Centre are helping elderly Canberrans clean up their gardens and dispose of their green waste under a program aimed at reducing recidivism and assisting the community.

The ACT Government is ramping up initiatives to help detainees with their rehabilitation by enabling them to provide gardening assistance and also to undertake work in a range of community projects such as repairing local mountain bike tracks, growing native seedlings and getting involved in rabbit-mapping.

ACT Corrections Minister Shane Rattenbury said the programs aim to build up work skills, help overcome offending behaviour and ultimately reduce recidivism, with more initiatives likely to be rolled out in the future.

“Under the green waste program, offenders working in partnership with Life Without Barriers have been collecting kerbside waste from clients each week and dropping it off at the Mugga Lane green waste facility,” Mr Rattenbury said.

“By assisting with these types of community projects, detainees can gain new skills to help them secure employment, while simultaneously making a positive contribution to the community.

“Having a project-based routine gives a sense of accomplishment and can be used as a motivational tool for their lives in the long-term. 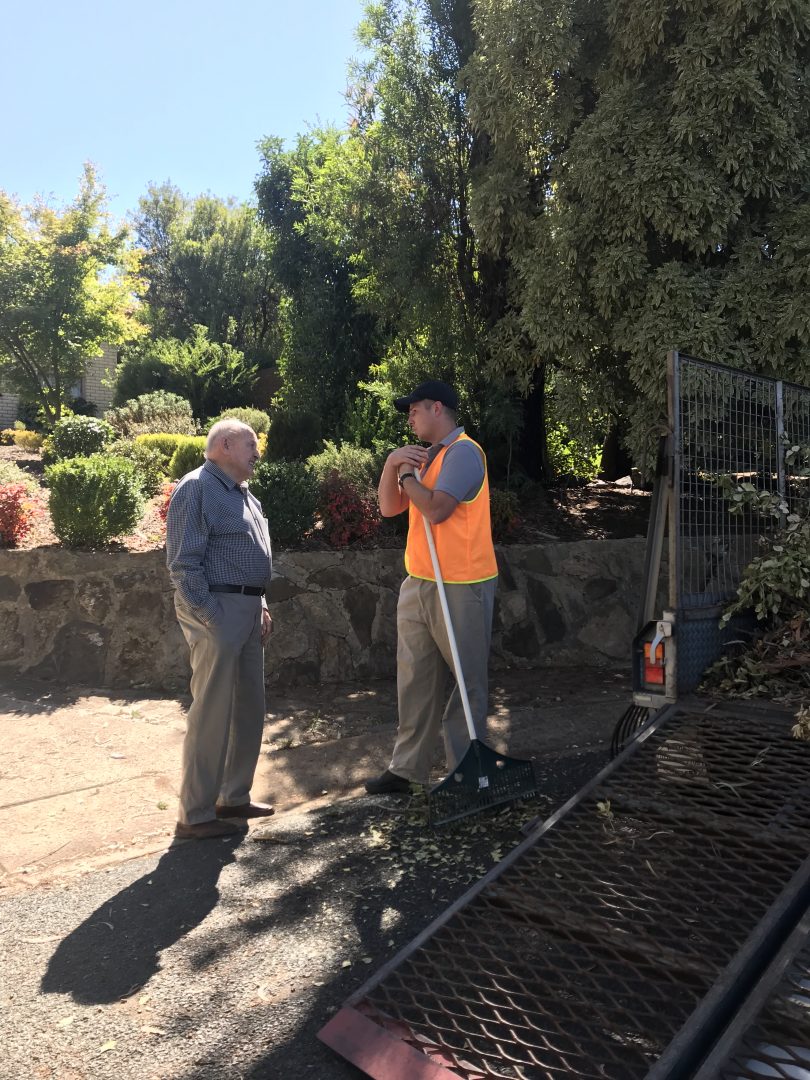 “It ticks all the boxes. We’re able to help the detainees but also a lot of older Australians,” Mr Cabrita said.

“They’re in receipt of a number of funding packages from government. This is a free service which means they can use those funds to actually have vital services such as personal care or transport to medical appointments without having to use their funding to be able to clean up their gardens.

“Across the ACT we have about 4,000 people that we support – vulnerable people, older Australians but also people with disabilities. It would be great to see it [the program] expanded.”

Mr Rattenbury said that detainees are assessed to meet relevant security requirements before taking part in the program, and remain under supervision throughout the course of their duties to protect community safety.

He said that eligible detainees also take part in a range of related community programs, including:

“Some of the work within Canberra Nature Park and the like is really making a difference to some of Canberra’s most precious places where our detainees are assisting the rangers with conservation,” Mr Rattenbury said.

“With our intent to build a new 80-bed low-security centre outside of the wire at the AMC, I would expect to see more of these kinds of programs.”

Mr Rattenbury said that new partnerships are currently under development with DUO, which is a leading provider of personal, home and community support services in and around Canberra.

He said that the work programs contribute to the ACT Government’s Justice Reinvestment Strategy, which aims to reduce recidivism by 25 per cent by 2025.

Isn’t this what was done when they had (maybe they still do) weekend detention?

What a great idea.

Great idea! Its about time!!