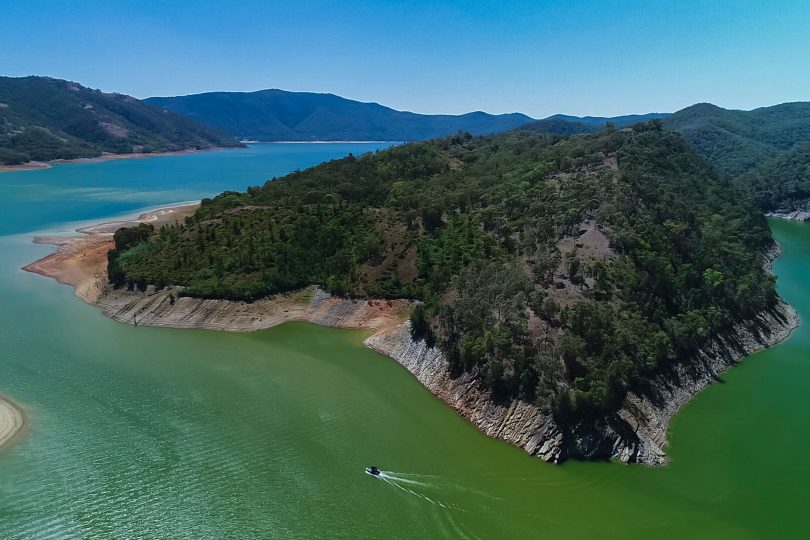 Wade Island is for sale near Wee Jasper for less than the median Canberra house price. Photo by Paul Chapman of Developing Agents.

Buying your own private island is within the reach of the average Canberra home buyer, with 227-acre Wade Island in Wee Jasper given an asking price of between $600,000 and $650,000.

The island, which costs less than the median price of a Canberra house, has attracted strong interest both interstate and overseas since the vendor decided last week to withdraw it from auction and provide a price guide.

Surrounded by the fresh waters of Lake Burrinjuck and just 90 minutes’ drive from Canberra, Wade Island was due to be auctioned on May 2 but the vendor decided not to go ahead and to instead sell by private treaty.

The strategy appears to have paid off with the affordable price tag prompting national television coverage and leading to interest from as far away as Europe and China.

Nic Salter-Harding from LJ Hooker Dickson said 50 contracts have been issued in the last couple of days and predicted that the island could be sold as early as next week.

Mr Salter-Harding said that as soon as the price guide went up it generated a lot of media interest.

He said that before the island had an advertised price it is likely that most people expected it to be more expensive than it actually was.

Karen Herrick from LJ Hooker Moruya who is managing the listing from NSW said the interest in the island since a price guide was provided has been “unbelievable”.

Ms Herrick said there were around 70 inquiries leading up to the auction but there have been more than that in the last two days alone.

This is perhaps not surprising given that the island is billed as providing the privacy you would normally only expect in remote parts of the world and features pristine bushland, walking trails, secluded beaches and abundant wildlife. 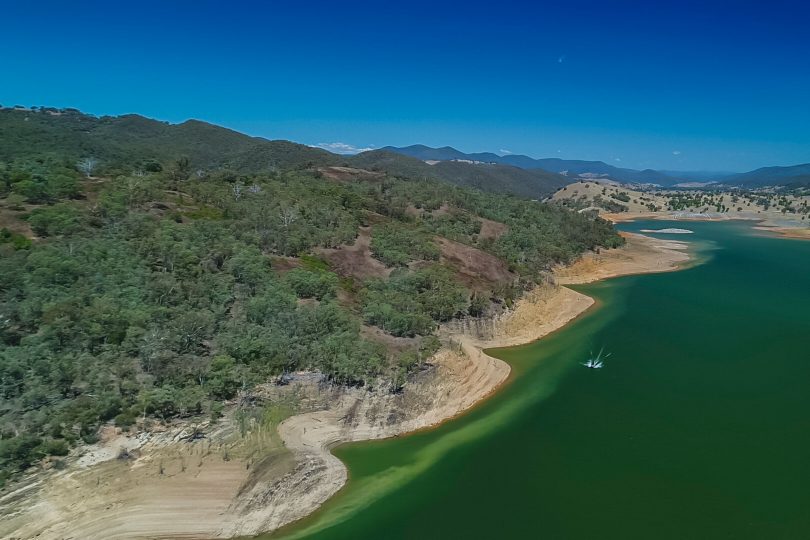 It is also close to local amenities and already has development approval in place for self-sufficient holiday cabins for those interested in turning it into an eco-retreat – while offering the potential for other uses as well.

However, Ms Herrick cautions that while Wade Island might be within the price range of the average Canberran, it is not necessarily suitable for the “average person” as it will take funds to do something with it.

“For the person who wants that get-away place and they are willing to spend, it’s perfect,” she said.

The current owners bought the island around 12 years ago for a little less than $500,000 and dreamt of turning it into an eco-friendly retreat with self-sufficient cabins that could be easily purchased and transported as kit homes.

They secured development approval which is still in place but the zoning has since changed to enable an even wider variety of land uses.

Jody Berg - 4 minutes ago
Jo Martyn , you should paint some! View
Mandii Bennett - 5 minutes ago
Betty Meiksa thanks for bringing joy View
Alice Caroline - 2 hours ago
I saw one in a tree along the Queanbeyan river walk💕 so cute! Such a gorgeous idea. View
Opinion 98

David Hunter - 17 minutes ago
Kimmy Hunter…..get ready 😂😂 View
Alex SmilyLex - 20 minutes ago
Juts not the coldest time of the year. Let that be Qld. View
Adam Allica - 23 minutes ago
Jon Billows they don't even pay to fill the pot holes, although they do seem to love speed bumps, so it would be amusing to s... View
News 18

Margaret Edwards - 21 minutes ago
That’s where I fell in love with aqua aerobics many years ago. View
Tracey Crump - 29 minutes ago
Lizzie Parlane I think the pools will remain open (post lockdown) but the fitness programmes, including aquarobics will cease... View
Lizzie Parlane - 4 hours ago
Incredibly disappointed. I have used both pools for 18 years now - through pregnancy, to teach my son to swim, to keep fit. T... View
News 12

JC - 34 minutes ago
Cool story. Except that isn’t what has happened. No where near that much has BEEN spent on lightrail nor has what has been... View
nadine - 2 hours ago
Exactly, when our population was around 250k we had 3 hospitals. Our population as almost doubled but we only have 2 public h... View
whatwik - 2 hours ago
Any informed updates on schools in the ACT and Victoria planning to commence staged returns on 5 October, but NSW not until 2... View
News 23

Two superb homes on an ideal acreage awaits you at Mogo