Prize-winning art in the Inner North 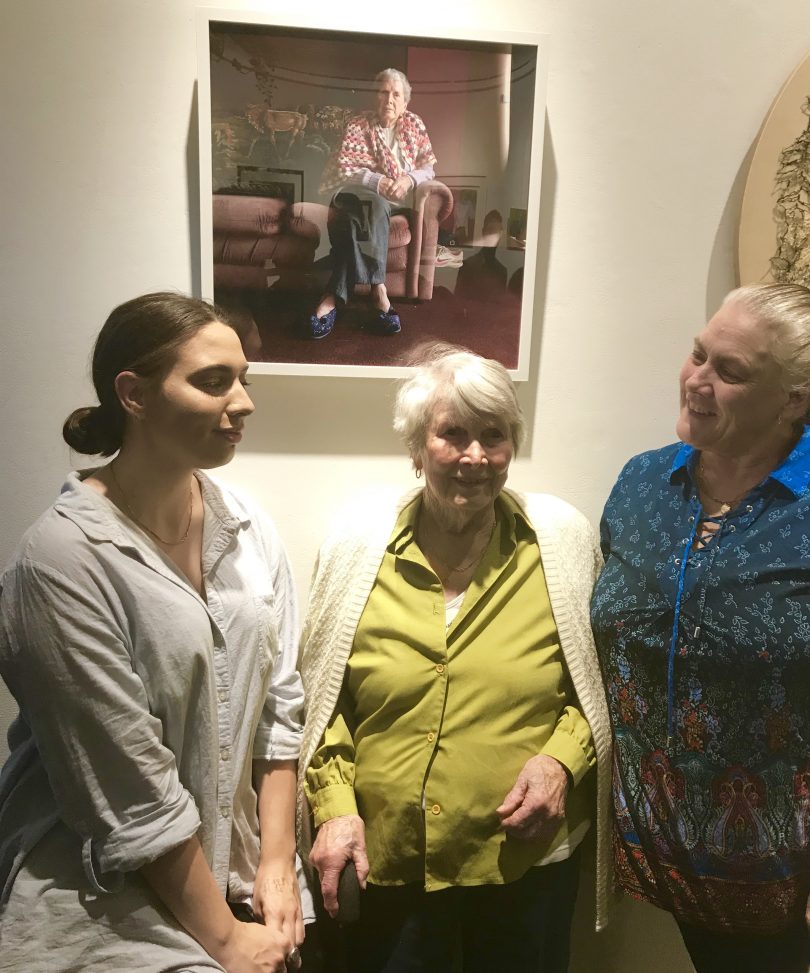 Something pretty special happened when the Inner North Art Prize was announced at the Front in Lyneham last week. The student award went to Holly Murney, for her portrait of her grandmother and not only was Holly present to accept the prize, so were her mother and Gra herself. They all got a huge round of applause for the beautifully lit, gentle photograph of an older woman at home in the suburbs.

The major prize went to ceramicist Robyn Campbell, whose layered porcelain composition echoed curling white eucalypt bark, the folding shapes of our hills along the horizon and the big lazy curves the river makes through our Canberra landscape. 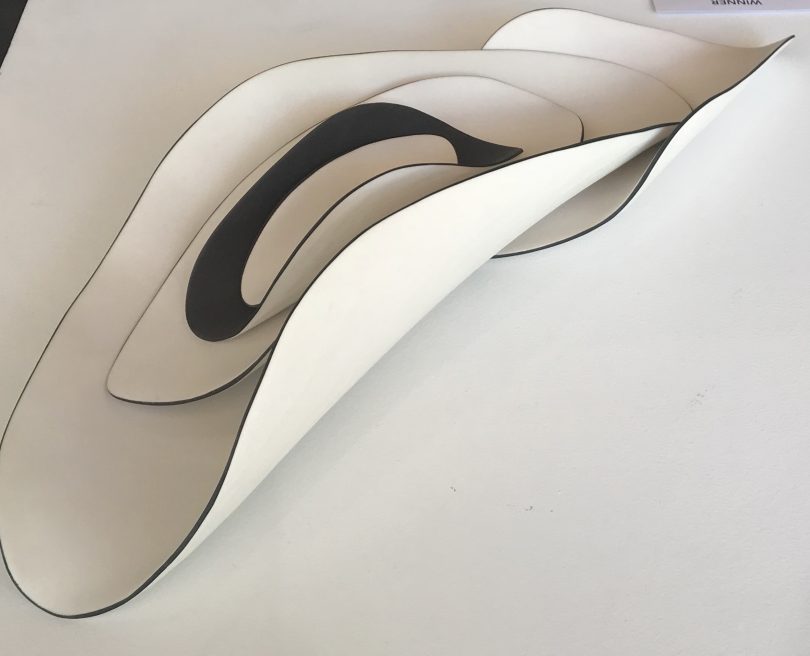 The Inner North Art Prize is in its third year, a wholly community run and funded event that attracts some very high-quality work. The brainchild of a group of friends who wanted to celebrate the unique identity and community character of the inner north, the prize attracts hundreds of viewers for the opening event at The Front Cafe and Gallery.

“It’s really wonderful,” Robyn Campbell said. “The inner north is really a small country town, like the country town where I grew up. You go to the shops, you run into people you know, you make connections. It’s such a strong community.”

Her winning piece is called Gathered 2 and comes from a series of works that have played with the idea of collecting. “It’s inspired by walking on Mt Majura, seeing the horizon as you look out and the beautiful white trees, the colour of the bark and the bark on the ground. I think about the work like gathering up the objects as you walk along in the landscape and gathering in the community as well.”

There’s a wild diversity among the works this year, from a split-head shovel to a macrame representation of Northbourne Avenue and a monument to one of the inner north’s great cultural treasures, the Wall of Cheese at the Ainslie IGA, all coalescing around the theme “the Lure of the Local”. 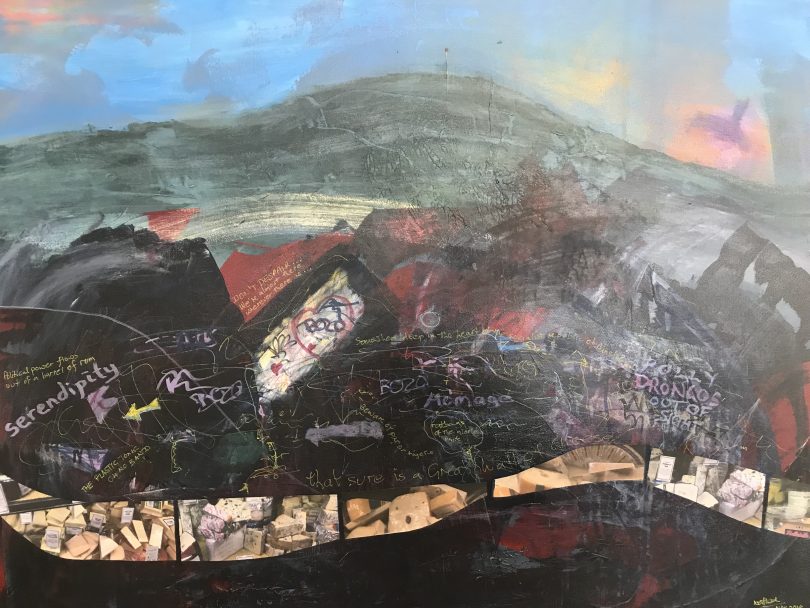 There are fine ceramic versions of Canberra’s govvies, a spray-paint stencil by iconic graffiti artist Byrd and a beautifully composed portrait of Alan, the head brewer from the Wig and Pen. It’s all a lot of fun but seriously worth seeing at the same time.

The organisers say “We love living in the Inner North, and we wanted to give something back. We want to promote and grow the local art scene, provide a platform to showcase our local artists and their work and have a party. It’s by the community, for the community.” 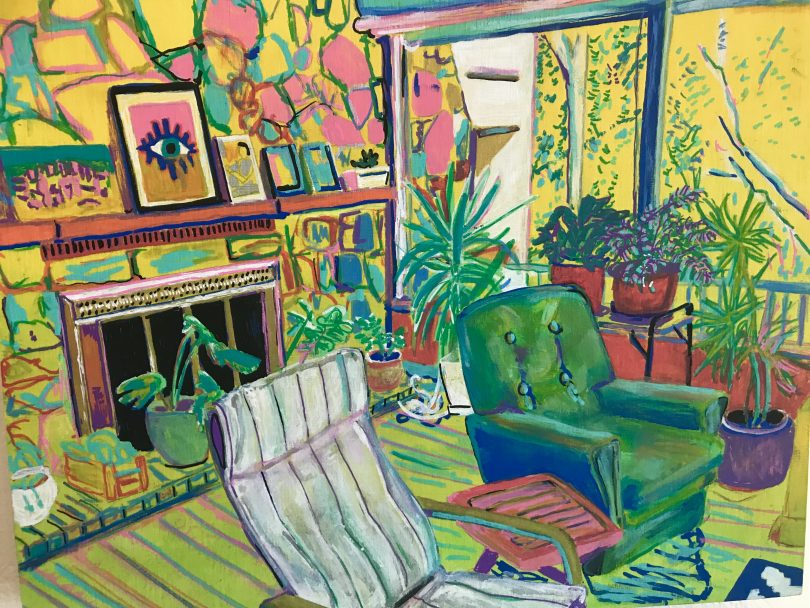 My Favourite Chair at Duffy Street, by Mel Glav.

The Inner North art prize runs at The Front until Sunday, December 9, when there will be an artists’ market and the people’s choice award is announced.

chewy14 - 5 hours ago
And the m9ney is going to be completely used up in one day. Honestly, this is beyond a joke how incompetent the ACT governmen... View
News 18

@The_RiotACT @The_RiotACT
Photographer Sammy Hawker's engagement with the environment has created beautiful images that use salt water, rain and earth to evoke a changing world https://t.co/9oVmYTwl62 (5 hours ago)