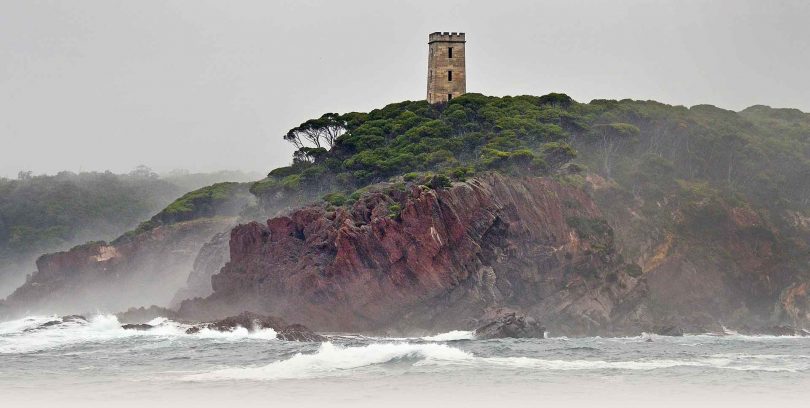 As the Canberra Recovery Appeal kicks off, we’re learning just how hard COVID-19 has been on local charities as many of them struggled with increased demands and lower fundraising capacity.

Around 97 per cent of small local charities have been impacted and 83 per cent have been hit hard by the pandemic. For some, it might be the end of grassroots work with Canberra’s most needy.

But it seems that many RiotACT readers are feeling pretty jaded with donating, especially after questions have been raised about how bushfire funds have been put to use.

Our question was: Are you disillusioned with charity giving?

This week, we’re wondering how you feel about pairing Indigenous names with English usage for places and sites of significance.

The discussion has kicked off close to home with a debate about Ben Boyd National Park on the Far South Coast and has already prompted a vigorous exchange of views.

Ben Boyd was a Scottish grazier and entrepreneur who amassed an enormous landholding but was also known for exploiting Indigenous Australians and Pacific Islanders for labour on his agricultural and shipping operations.

Yuin man Graeme Moore, in his work with the Biamanga Board and his community, has advocated for a return to Aboriginal names for local landmarks.

“Naming a place gives an understanding of what’s there,” said Mr Moore. “Changing the name is about appreciating there were people before Ben Boyd.”

Using Indigenous place names in daily life helps young generations look at the past and to the future, he says.

John Hutch saw the value in this, writing “I’m going to agree with using both the English and indigenous names on road signs and documentation as they do in Wales and is more commonly done nowadays in Scotland too. It would require the government to get involved in the provision of resources for bi-lingual namings and traditional countries”.

And Gregg Heldon said “Yes to changing names of spiritual/other significant places and to those named after people with ‘moral ambiguity’ when it comes to other people’s rights. No to change for change’s sake”, while Patrizia Berti commented “All names are significant it makes sense to have both”.

Paula Simcocks said “Truly I will get lost if changed at my age, can we have both names for a while, slow progression, or only change one at a time?”, but for Daniel Duncan the answer was simply “No. Leave it as it is”.

Carl Ostermann - 32 minutes ago
In the nineties, it was adventurous gnomes sending their owners... postcards from all over the world View
News 30