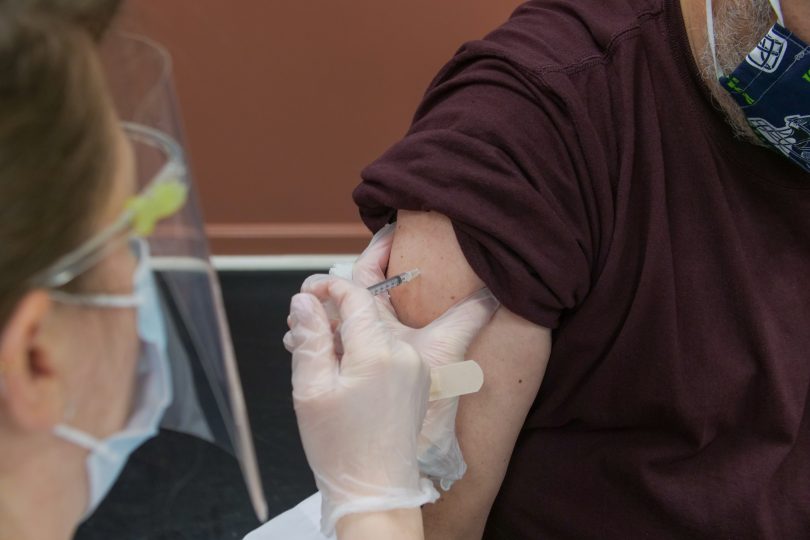 Should we be financially rewarded for a COVID-19 vaccination? Photo: File.

As the Home Affairs wrangle over dress codes rolls on, it seems most RiotACT readers think that, at the very least, government should ask before mandating what staff can wear, even when working from home and meeting online.

The dispute, which includes a prohibition on sleeveless tops for women, even in the height of summer, is yet to be resolved. But readers have mostly voted with their feet, describing the idea as “ridiculous” and a demonstration that “Home affairs obviously have a lot on their plate! Talk about the big issues!”

We asked Should your employer have to consult with staff before mandating dress codes? A total of 900 readers voted.

This week, we’re wondering about receiving a vaccination bonus. ACT vaccination rates are ahead of the nation and supplies of Pfizer have been opened up to younger age groups as local uptake has been strong. Around 50 per cent of Canberrans have received at least one dose of the vaccine and almost a quarter of the population has been fully vaccinated.

That makes the ACT more likely than anywhere else in Australia to reach 70 per cent vaccination cover first.

But for a variety of reasons, vaccination rates elsewhere are lower.

This week, Federal Labor floated the suggestion of a $300 payment to every Australian who is fully vaccinated by 1 December, and there have been other suggestions around financial inducements.

The Grattan Institute proposed an $80 million lottery, paying out $10 million per week to 10 people from Melbourne Cup day. Everyone who has been vaccinated once gets one ticket. Anyone vaccinated with both doses gets double the chance. It’s not a novel idea: the US state of Ohio held a $5.6 million lottery.

While Treasury modelling puts the cost of Australia-wide lockdown at $3.2 billion per week, the government has pushed back at the payment model, describing it as an “insulting gimmick” and saying that the current crisis is “not a game show”.

Our question this week is: Is a $300 vaccination payment a good idea?

Your choices to answer are:

*Yes, it’s a small piece to get an urgent job done

*No, it’s a waste of public money and unnecessary

Workplace dresscodes are archaic for the public service. They serve no purpose except for those who have face-to-face contact with the public. They’re also horribly one-sided, with much looser restrictions for women than men. I am required to wear a collared shirt and long pants with business shoes all year, while the majority of my office wears skirts (some well above knee-length), dresses, sandals etc throughout the year.

As for the vaccine payment, I was going to get it done anyway but I won’t say no to $300.

Quite frankly I’m ambivalent to the $300 incentive. Let’s make the incentive for anyone vaccinated twice much more tangible i.e no boarder restrictions, no mask wearing, no being subject to lock downs or any of the litany of other restrictions. That would be a real incentive to get vaccinated.

NO why waste tax payers money on something EVERYONE should do anyway.
Instead penalise those who don’t!

Personal, family and community safety should be the incentive.

Shouldn’t the risk of not dying or killing others be a better incentive than $300?

No, terrible – just calculate the cost it will be to pay $300 to the whole Australian population!
All currently vaccinated will also get the payment. $300 x 25+ million population = !!
Money that could be better spent on other essential services.
I really don’t think that $300 will be an incentive to the unvaccinated as they have a different mindset and won’t be persuaded by this.
It might be only be an incentive for those that have been lazy to get jab to date and to get some quick dosh – which then ultimately means the Gov has to pay everybody

Maree Commens I hope not and that the Gov realises this! We NEED all our small businesses

There is no dress code for most Public Servants. If male ministers have to wear suits, then female ministers should have to also. Vaccine incentive why not, even though the PM says no. If large Aussi and non Australian companies had to pay tax we would not be short of money for this pandemic. If every Australian could set up a Charity company for them selves like these big companies do, then all of us could get ALL of our tax’s back, like these big companies do..Government gives us all a tax break, only to put extra GST on everything, beer and cigs are now over 400% more than in 2019, this is not a tax break, its Government criminals at work. A block of chocolate in 2000 was $2 that same block now is $5, yet its not bigger its actually smaller.

I think not dying would be a fairly good incentive

No, benefits outweigh the risks. What about the people who have already done the right thing by getting vaccinated?

No. And what about those who are already vaccinated? Would they get paid too? If you need a carrot dangled in front of you to protect your own health, there’s something wrong with you

Janet Ilchef it’s no different to the no jab no pay/play policies already in place. And yes those already vaccinated would get paid as it clearly states ALL vaccinated Australians.

Paul Berger none of us shoudl be paid. we should be prepared to do what’s right and protect ourselves and others without being paid to do so

Janet Ilchef I agree wholeheartedly, Janet. But if these muppets are so shallow as to accept a few bucks for getting the jab, then I say give it to them. At the end of the day it’s about reaching a high level of vaccination that will get us over this. Even if they do include those who’ve already had the jab, I hope there’s an opt out, ‘cos I don’t want any ‘moron money’.

Michael Blythe how so? Is this really any different to payments if you have children vs those that don’t have children?

Suggest employers give a person one day off work to get the first jab and two days off for the second. This is with pay.

Robert Hawes why should employers have to pay?

David Cole If employers want their staff to be vaccinated they should give positive incentives to do so, rather than just get it or be sacked.

Realistically if a public servant is not directly involved with the public but is in an office within a building then why wear business attire. Casual clothing particularly in summer months should be the norm. If some can wear jeans for genes day then that tire could be worn behind the scenes. 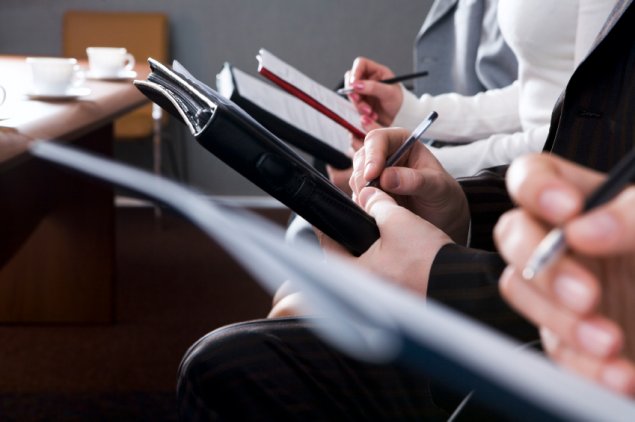 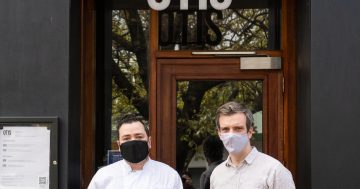