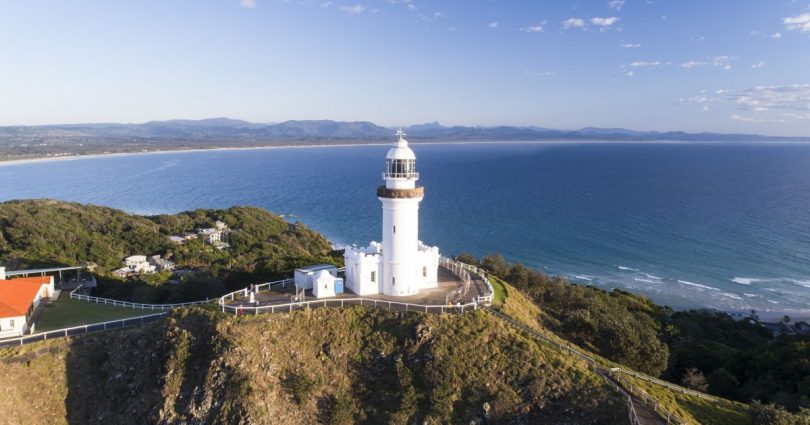 Byron Bay is now even easier to get to from Canberra with Qantas announcing a direct service from April. Photo: VisitNSW.

Qantas has added Byron Bay to its Canberra destinations board as it moves to cash in on key domestic tourism routes while Australians holiday at home.

It will be Qantas’s first direct service connecting the two destinations, offering two flights a week with the turboprop Q400 aircraft from April. Qantas will look to continue the service from July in line with demand.

Qantas is also adding flights from Brisbane and Melbourne to Coffs Harbour.

QantasLink CEO John Gissing said these new routes would provide Australians with more options to plan their next holiday in their own backyard.

“With international borders closed, we want to make it even easier for travellers to holiday around Australia,” Mr Gissing said.

“The beautiful coastal hubs of Byron Bay and Coffs Harbour continue to be incredibly popular with travellers, so it makes sense to provide direct connections from other capital cities to make them even more accessible.

“Travellers from Canberra can spend more time on the beach and less time on their journey with our direct service to Byron Bay.”

He said Qantas would be promoting the new flights to millions of its frequent flyers across the country and the benefits of its premium service, including complimentary food and drinks, and baggage and lounge access before they fly out.

“These new flights are good news for local businesses, hospitality and tour operators, helping drive tourism and reviving the industry that has been hurting from COVID-19,” Mr Gissing said.

Fly Pelican has been enjoying a successful run for its Ballina-Byron link and the Qantas move will be good for Canberra travellers who will have more choice and competition on the route.

Canberra Airport said Fly Pelican’s Ballina-Byron service, which commenced in mid-2020, had been extremely popular with families and holidaymakers wanting to head north.

The new service will be welcome for the airport which had returned to nearly 50 per cent of its pre-pandemic capacity throughout the January school holidays but was back to 30 per cent after recent COVID-19 outbreaks in Victoria and Western Australia.

The spokesperson said business was coming back and travel confidence was expected to grow as the COVID-19 vaccine rollout begins, and more and more people return to the office and have face-to-face meetings.

“Canberra is the city least-impacted city COVID, and is more connected than ever before with direct flight to 12 domestic destinations, making it the obvious choice as a place to do business,” the spokesperson said.