21 May 2021 | Michael Weaver
Start the conversation 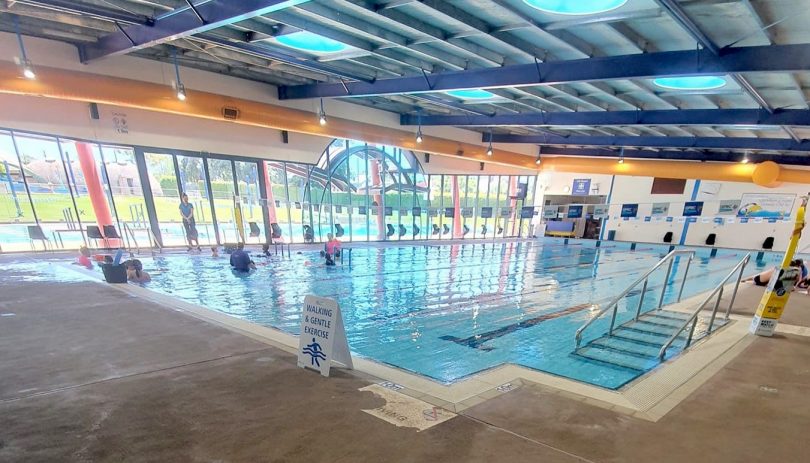 A $115,000 enhancement of the Queanbeyan Aquatic Centre is one of the projects flagged for exclusion in the 2021-22 QPRC operational plan. Photo: QPRC Aquatics Facebook.

Community assistance programs, sports funding and a cultural arts assistance scheme are on the chopping block as Queanbeyan-Palerang Regional Council looks for more than $2 million of budget savings.

While council will seek community views on adjustments to the 2021-22 operational plan, QPRC has already identified 13 projects to address a $6.5 million deficit in its general fund.

If all identified projects are cut, council will save $2.04 million. This includes delaying enhancement of the Queanbeyan Aquatic Centre ($115,000) while halting gravel re-sheeting of some local roads in the region will save an estimated $700,000.

Council will still spend more than $47 million in disaster relief funding to help repair an extensive list of roads affected by the 2019-20 bushfires and two significant recent flood events in the past nine months across the region, primarily around Bungendore and Braidwood.

QPRC Mayor Cr Tim Overall said the repair of local roads was a big priority, attracting many representations from the community.

“Council also shares those aspirations to have great roads, but with more than 1000 km of sealed roads and more than 750 km of unsealed roads in our local region, funding and resources are often stretched fairly thin, especially while responding to disasters,” Cr Overall said.

Other projects flagged for exclusion include major leak rectification of the Captains Flat pool and refurbishment of community halls and footpath extensions in Jerrabomberra and Bungendore.

It has also consolidated an operating budget surplus of $428,000 across its general, water, sewer, and waste funds, which improved the long-term financial plan for 2021-22.

Council has made $1.7 million worth of savings through improvements to its organisational structure between 2020 and 2022.

Council has also had to bear a significantly higher depreciation expense of $2.252 million on its expanded community infrastructure base relating to additional roads, bridges, footpaths and recreation assets constructed by council with the assistance of grants, or gifted to council by developers during the past four years.

“As council emerges from the effects of COVID, we continue to assess damage from bushfires and floods and await disaster recovery grants from government to rebuild bridges, re-sheet unsealed roads and replace infrastructure. The combined effect has impacted the general fund results by around $2 million,” a council spokesperson said.

Mayor Tim Overall also said the short-term budgetary pain was part of the council’s long-term financial plan to return to a surplus situation.

“Council flagged more than $2 million worth of projects that may be removed from the budget. However, we’ll wait to hear from the community and will also consider some other adjustments over the coming weeks.

“These proposed adjustments are funded directly from the general fund, and with them removed, we get closer to the forecasts identified in the long-term financial plan,” Cr Overall said

Council is seeking comments on its operational plan until 7 June. Comments will be presented to council for consideration.

It has partnered with Grant Guru and is encouraging businesses and organisations to apply for a comprehensive list of available grants they may be eligible for.