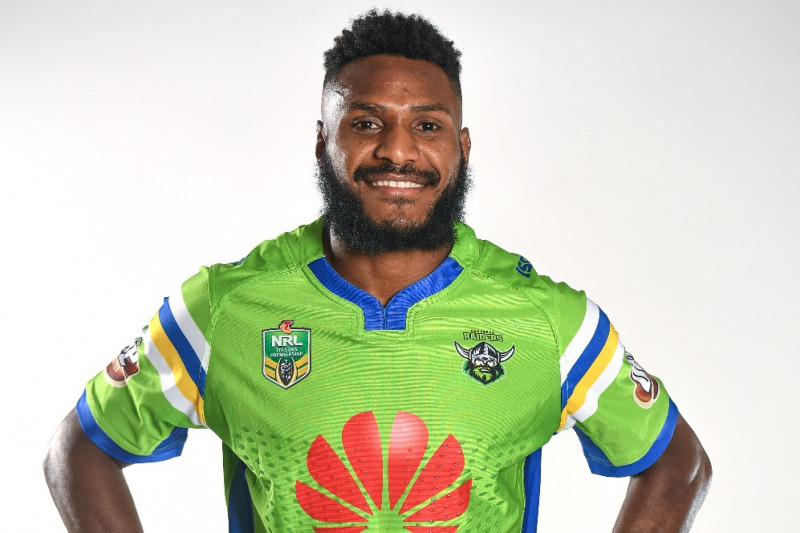 Furner said that this weekend’s first home match provides a fitting platform for fans to join the team in remembering Ottio. Photo: Supplied by Canberra Raiders.

The Canberra Raiders will pay tribute to their former teammate Kato Ottio after Sunday’s match against the Newcastle Knights at GIO Stadium after the former Raider tragically passed away earlier this year.

Ottio collapsed after taking part in an eight-kilometre road run with his former PNG Hunters teammates in January and his sudden death is thought to have been caused by severe heatstroke.

Both the Raiders and the Knights will celebrate Ottio’s life in a post-game tribute which will be led by members of the local PNG community, The Capital Wantoks.

Ottio’s mother Joyce and his siblings Ahulo, Opao and Helai will also be in attendance for the match as special guests of the club.

“This weekend will be a great occasion to celebrate Kato’s life. We encourage all Members and supporters to remain after the game to participate. We are very grateful to be able to have Kato’s mother Joyce and his siblings Ahulo, Opao and Helai in attendance from Papua New Guinea.”

“We are also still taking donations for Kato’s Go Fund Me page and strongly encourage Members and fans to continue to show their strong support for this cause.”

The Raiders have helped raise $11,895 through their gofundme page for Ottio to help go towards buying his mother a house in PNG.

But before Canberra has a chance to celebrate the life of their former teammate, the Raiders will have to handle the Knights who are coming off a golden point win against Manly.

Jarrod Croker has recovered from a head knock after he was taken from the field in the 16th minute last Sunday after trying to stop the rampaging Gold Coast Titans Konrad Hurrell and will be ready to face the Knights at GIO Stadium.

The Raiders skipper said the team left their disappointment in Gold Coast and will bounce back from the close loss.

“To be beaten on the bell is pretty disappointing first up, but we spoke about leaving that on the Gold Coast and keeping our heads up and getting straight back into this week.”

“It makes it hard going into the season 0 and 2, it’s not dire straits or anything but you want to get that first win as soon as you can,” Croker said.

“It’s not a do-or-die game this weekend, but we’ve just got a massive focus on getting the two points any way we can.”

Canberra Raiders will take on the Newcastle Knights at GIO Stadium on Sunday night at 6.30 pm. Tickets available from Ticketek.

Don’t forget about the double ticket opportunity with Brumbies and Raiders offering members from each club a free general admission entry to the other club’s game. Non-members can also purchase an adult general admission double pass ticket for only $40, giving you access to both games.

Carol McKenzie - 57 seconds ago
A well deserved award. Ricky does so much for the community, especially for children with disabilities. View
Roslyn Brown - 11 minutes ago
Well done Rick.. from Wayne and I.. Well deserved View
Mary Dee - 21 minutes ago
Congratulations 👏 🥳 well done 🥂🥂🎈... View
Community 44