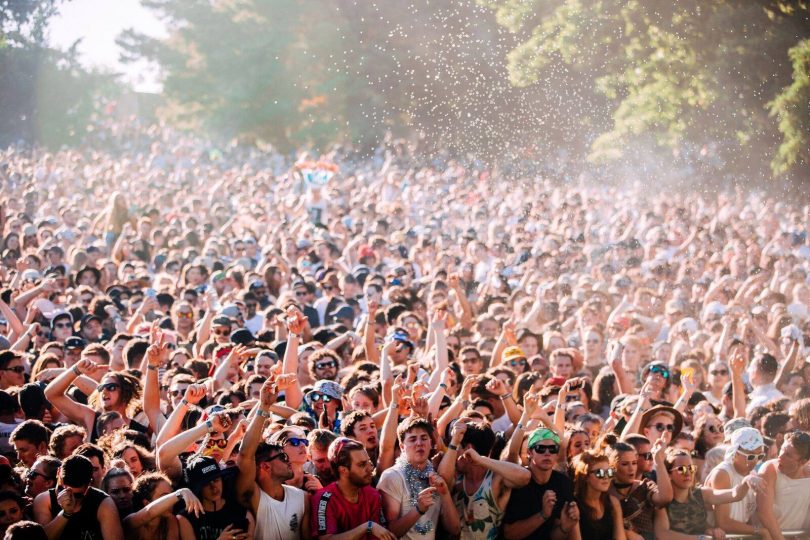 Members of the crowd believe organisers should not have given the stage to YG, who has made sexist comments in the past. Photo: Supplied by Spilt Milk.

Organisers of the popular music festival Spilt Milk have come under fire after one of their headline performers started a chant for women to show him their breasts during his set on Saturday evening (17 November).

American rapper YG had just started his performance when he began a chant saying “show us your titties” to female festival goers who were watching the performance from the shoulders of friends in the crowd.

According to Taylor Jackson who watched the performance, the rapper said he wouldn’t continue his performance until they did and started the chant which went on for a couple of minutes. The Compton MC also criticised one woman’s breasts in front of the crowd.

In a comment posted on the Spilt Milk Facebook event page, Ms Jackson said she couldn’t believe the organisers would promote the performer.

“If his total lack of ‘performance’ wasn’t enough, when he stops his set to berate woman to ‘show their titties’ and chant it until girls felt the need to expose themselves so he would continue his set was disgusting,” she said. 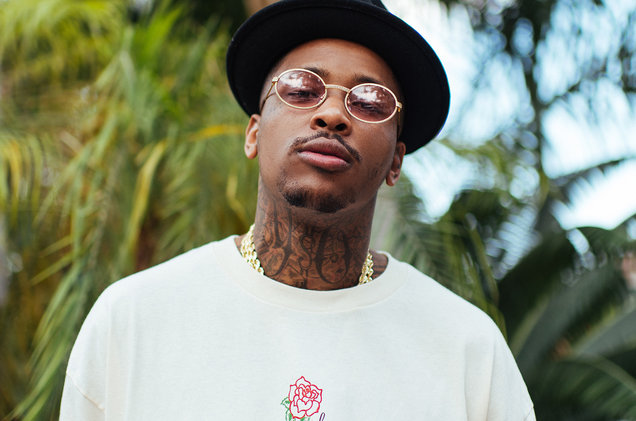 American rapper YG has roused the ire of many festival-goers for his comments. Photo: Spilt Milk festival website.

“I am embarrassed that I had to watch this happen, not to mention how so many other people felt having to experience that.”

Others joined in the chorus slamming the rapper, calling him a “sexist pig”, “disgusting”, “scum” and “trash” on social media.

In response to an outpouring of feedback about the derogatory set, Spilt Milk responded with a statement condemning the rapper’s comments.

“The comments made by YG on stage were not ok. When this behaviour goes unchallenged, we are part of the problem, not the solution,” the statement said.

“We thank the courageous people who have voiced their feelings, so this disrespectful and predatory behaviour is exposed for what it is.

It is not the first time the rapper’s behaviour on stage has come under fire after he made headlines for the same reason at an all-ages Brisbane show last year.

Festival-goers have slammed the organisers for giving the stage to a rapper who has made similar comments in the past while organisers have apologised and said they will continue to focus on booking artists that share the festival’s values.

“We apologise that our stage was used in this manner and for not becoming aware sooner. YG’s comments in no way reflect the values of Spilt Milk and contradict our goals of a safe and inclusive space for all attendees,” Spilt Milk’s statement said.

“We cannot, and will never, control an artist’s performance, but we will continue to focus our bookings on forward-thinking artists that share our values.”

However, if he was chanting “show us your nipples” with a spirit of gender equality and in a non discriminatory way, giving equal opportunity to the ladies and gentlemen in the crowd, would that be acceptable?

Gangsta rapper disrespects women – wow that never happens! Tell him to stick around for SummerNats!

Clare Hyden - 32 minutes ago
Mark Rogers ummm 20,000 through the gate each day. View
James Kelly - 6 hours ago
Health minister impressed… bro I got covid there View
Mark Rogers - 7 hours ago
The event organisers clearly stated it was not limited to 20,000 a day. It was 80,000 overall. So some percentage of that was... View
Opinion 375