Recognise this nasty piece of work? 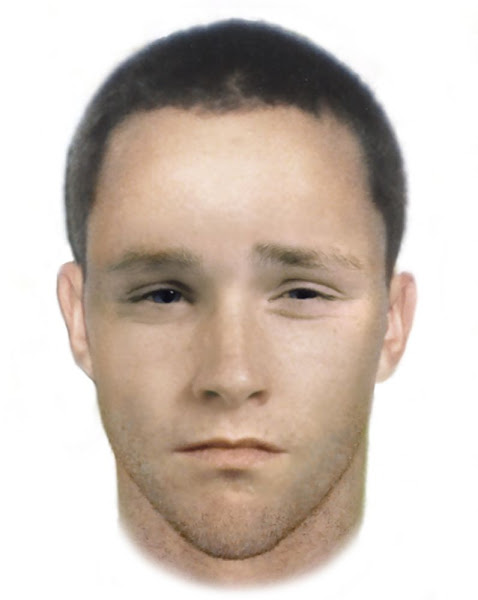 ACT Policing has released a facefit image of one of the two men involved in a home invasion in Kambah on Wednesday (February 20).

Between 1.25am and 1.55am, two men entered the 73-year-old man’s residence, assaulted him and made demands for money.

The elderly man was taken to The Canberra Hospital where he was treated for minor injuries.

The offender (pictured) is described as about 185cm (6’1”) in height, with a thin build. He has an olive complexion and at the time, had grey stubble. The other offender wore a balaclava throughout the incident.

Anyone travelling on or near Boddington Crescent, Kambah between 1-2am Wednesday morning and may have seen this man is urged to contact Crime Stoppers on 1800 333 000, or www.act.crimestoppers.com.au. Information can be provided anonymously.

4 Responses to Recognise this nasty piece of work?
Filter
Showing only Website comments

A big forehead is apparently a sign of an intellectual……….but obviously not in this particular case.

Do these facefits ever help much, can anyone tell me? Because there is no-one with a forehead that big on Earth. I mean, I know you can assume the actual perp has a noticeably big head, but how often do people ever turn out to look like their facefits, anyone know?

Jeez, if he really does look like that he might as well have “I am a scumbag…please arrest me” tattoed on his forehead.

Peter Marshall - 11 minutes ago
I that's entirely fair, but I think the issue of racism is primarily about the dominant culture/ethnicity. In Australia that'... View
Peter Marshall - 17 minutes ago
"About Zoya Patel Zoya Patel is the award-winning author of No Country Woman, a memoir of race, religion and feminism. She is... View
Nick James - 23 minutes ago
This is where the activists/extremists are forced to go when people stop defining each other by their colour. This piece is s... View
Community 3

Susan Peachey - 1 hour ago
Yes. But make it voluntary until 25. View
Jo Hann - 4 hours ago
Nada Krstin if you pay tax, you should have an option to vote for the government that spends it. It's not about being "adult... View
Nada Krstin - 11 hours ago
Julie Macklin copy that, all taken onboard - welcome all feedback - only way I will learn :)... View
Opinion 17

Susanne Gardiner - 5 hours ago
Didn't talk to them, but was one of two families on a playground... The other was Hugh Jackman and his son. View
Maya123 - 9 hours ago
Ah yes, but have you seen surveys of what is attractive to women? It's not as tall as you might imagine. Every survey I have... View
Capital Retro - 12 hours ago
I exchanged "hello's" with John Wayne in a Hong Kong shop 50 years ago. He was a tall dude - 1.93m to be exact. I just checke... View
Lifestyle 2

Daniel Oyston - 13 hours ago
Rob Thomas nekminnit “Why are houses so expensive?” View
show more show less
*Results are based on activity within last 7 days