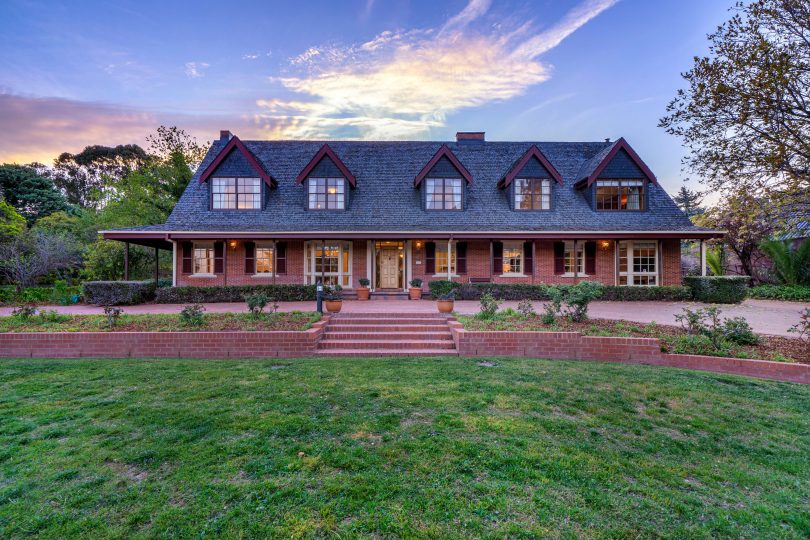 English manor-style: the property’s position on Mugga Way and proximity to the Red Hill Reserve were keys to the record sale. Photos: Peter Blackshaw.

A grand home on Canberra’s Golden Mile in Red Hill has broken the ACT record for a sale price at auction, fetching $5.85 million on Sunday.

The English manor-style residence at 30 Mugga Way, set on a vast 5110 square metre fully landscaped block, went to a Canberra family who were keen to move into the exclusive area.

Peter Blackshaw agent Mario Sanfrancesco, who handled the sale with Andrew Chamberlain, says the location and the size of the property were keys to the record price.

“The property had been held by the family for about 30 years and what’s special about is the size of the land, it’s on Mugga Way, and backs on to Red Hill reserve,” he said.

“The property offered an opportunity for buyers to live there and do some renovations but also knock it down and build a new house if they chose to.” 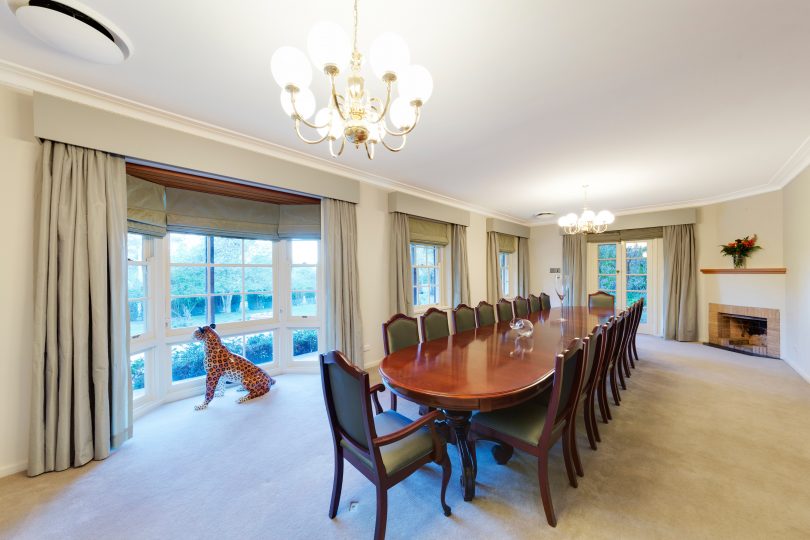 A baronial-sized dining room seats 22 guests and includes a small original open fireplace. On the other side of the hall is the formal lounge with open fire and stained-glass feature windows.

The grounds include a tennis court and 16-metre swimming pool. Other entertainment features include a built-in barbecue area, a conservatory-style pool room with access to a 460-bottle wine cellar. 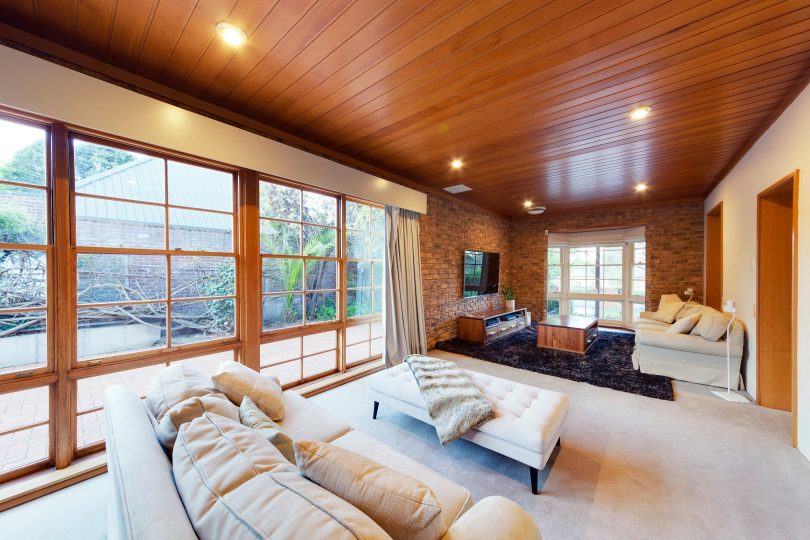 There is also a three-car garage and a separate apartment with a bedroom, bathroom and kitchenette.

Mr Sanfrancesco said he fielded inquiries from interstate and overseas and ran a four-week campaign using direct marketing to client base, and through social, electronic, print and radio media.

He said the depth of inquiry and interest showed that the Canberra market was doing some good things, especially at the higher end. 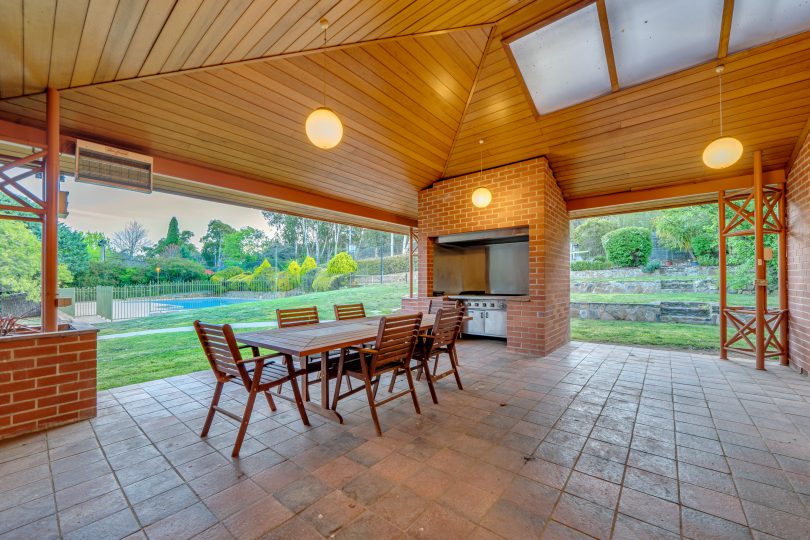 The property is built for entertaining.

“The buyers are quite selective with their requirements but having said that there is a good depth of buyers at the moment for the right property at that level,” he said.

The property was worthy of the record, and Mugga Way was also home to the highest and second-highest overall residential sale in the ACT, at over $7 million.

“One is directly across the road and the other one exactly five doors up the road,” Mr Sanfrancesco said.

The sale broke the previous auction record set two years ago when Luton Properties sold a home on Deakin’s Hotham Crescent for $5.75 million.

It’s not Mr Sanfrancesco’s first record sale. A few years ago he sold a property in Hunter Street, Yarralumla, for just under $5.5 million at auction.

May Agnew - 52 minutes ago
I am being blocked from SHARING my above comment -not allowed to speak the truth these days --WHAT NEXT ?? View
May Agnew - 55 minutes ago
Turning the beauty of Canberra into a concrete jungle now and to think that so many hard workers who built this beautiful cit... View
Jamie Peterson - 4 hours ago
This article is the same as a puff piece for Andrew Barr 😂😂😂😂😂😂😂😂😂😂😂😂😂😂😂😂😂... View
Lifestyle 65

Shay Daisy - 5 hours ago
I’ve been happily car-free for 3 years now. Belconnen suburb home, commute via bike to work (changed with covid). Shopping... View
chewy14 - 7 hours ago
If you added in the benefits in efficiency savings for owning your own car, the difference would be huge. For anyone that doe... View
Gibbo - 10 hours ago
Had no car and license before moving to Canberra. Within 18 months it became essential to have a car be able to get anywhere... View
Opinion 14

Guiding a record-breaking sale on the Golden Mile