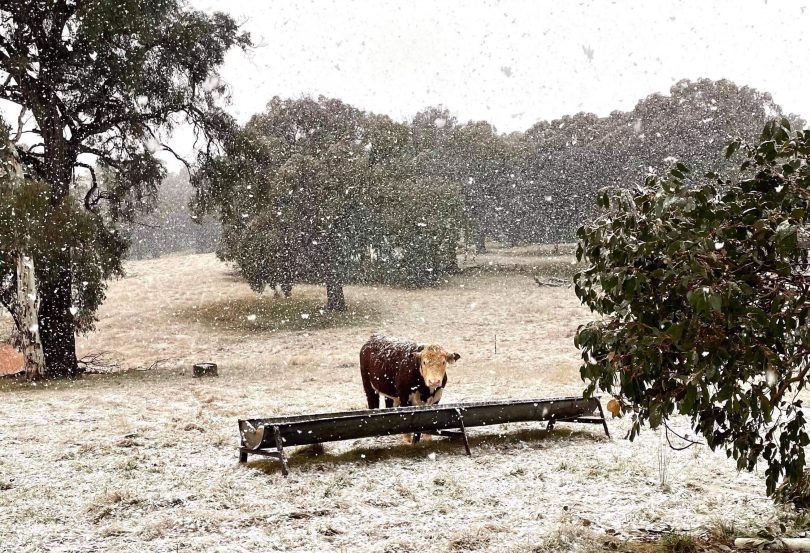 There have been significant snowfalls around the region today (9 June) as the ACT remains in the eye of a very strong low-pressure system that is forecast to bring snowfalls to the Brindabella Ranges and suburbs of Canberra today and tomorrow.

Many in Canberra woke this morning to sunny but extremely cold conditions following a severe weather warning yesterday that was eventually cancelled by the Bureau of Meteorology. However, the snow-capped mountains only harboured clouds and the promise of anticipated snowfalls.

Areas to the north, south and west of the ACT have received light snowfalls, greeted with delight by many in towns such as Bigga near Crookwell and in the Snowy Mountains. Thredbo has received 15 cm of snow ahead of the official opening of the ski season this weekend.

Light snowfall has also been confirmed at Bulls Head in the Namadgi National Park, and there is a good cover of snow between Nimmitabel and Bombala.

??The first significant cold outbreak of winter is settling in over southeast Australia. The more intense cold air will be over #NSW & #snow has fallen in #OrangeNSW, #Oberon & #Crookwell. Sleet is possible down to as low as 500m, including for #Canberra. https://t.co/U0VHzpUW3p pic.twitter.com/MWKdWibr0a

The ACT Snow Watch Facebook page maintains predictions that snow will settle in Canberra suburbs, with falls of up to 20 cm in Namadgi National Park and 5 cm of settled snow in Tuggeranong, Woden, Weston Creek, Molonglo Valley and Canberra City.

The Bureau of Meteorology is also forecasting the chance of snow flurries on higher hills around Canberra today, with snow falling in areas above 600 metres tomorrow.

Canberra’s elevation is 577 metres, while higher peaks such as Mt Ainslie are 843 metres above sea level.

The Bureau is also saying the cold change will bring potentially damaging winds that could also impact parts of NSW and the ACT. 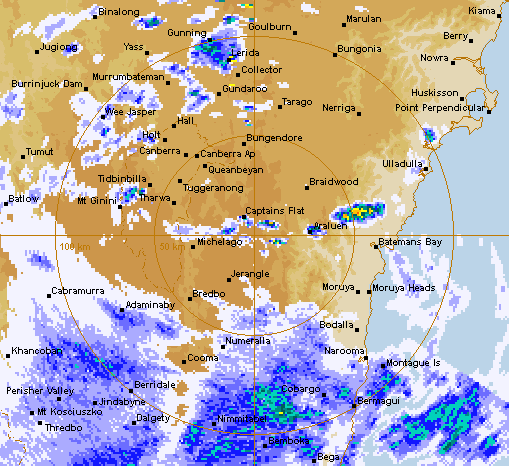 Several roads have also been closed in Namadgi National Park, while ACT Policing has warned people driving into the mountains to look at the snow to think very carefully before heading out.

ACT Road Policing’s Detective acting Superintendent Donna Hofmeier said police and other service agencies regularly assist ill-prepared and inexperienced drivers who find themselves lost, bogged or who have had a collision on slippery mountain roads during winter.

“Drivers are reminded that these are relatively remote areas with extended response times for police and other emergency services,” said Detective Acting Superintendent Hofmeier.

“We are asking drivers: if you don’t have experience driving in the mountains, please reconsider your trip.”

Roads have also been closed from today until Friday (11 June) due to rain and snow forecasts for Namadgi National Park. 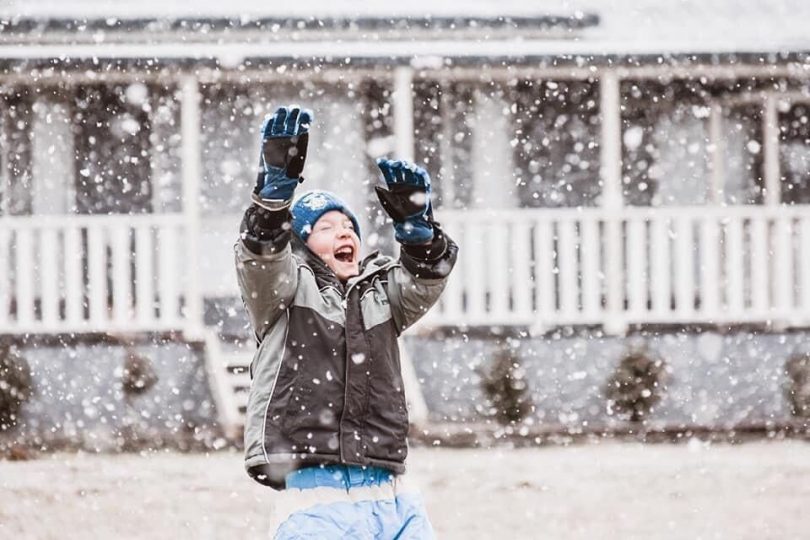 “We are advising all Canberrans to avoid these areas as we see high amounts of rain and snow predicted over the coming days,” said executive group manager at the Environment Directorate Ian Walker.

“Vehicles should be well maintained, have snow chains on board, a full tank of fuel, and drivers should drive to the conditions. When snow is compacted by even just a few vehicles’ tyres, it can turn into ice which is hazardous for any road user.

“Bring plenty of food and water, warm clothing including gloves and headwear, and snow appropriate footwear. Make sure to tell family or friends where you are going and when you expect to return as mobile phone reception is extremely poor in these areas.

“Although the opportunity to see snow so close to home might be exciting for Canberrans, a journey to Namadgi this week should not be undertaken lightly. Conditions will be tough and challenging.”

Additionally, the southern end of Googong Foreshores will be closed until 12 June. Googong Dam is also closed to all boating, kayaking and canoeing until 11 June.

People needing assistance in a storm or flood should call the ACTSES on 132 500. In a life-threatening emergency, call Triple Zero (000).

While getting the snow report from Thredbo this morning the ABC 666 presenter was reminded of building a “snowperson” in younger years.

Good grief! Where is this crazy political correctness leading us?

Martyn Noakes - 16 minutes ago
Brian Ashcroft have you been along the cycle track along the creek in Evatt and Flynn, huge eucs with deep roots in covered a... View
Chris Montgomery - 1 hour ago
Brian Ashcroft they only blow over cause their root system is higher than they should be. Most eucs that blow over are on fro... View
Chris Montgomery - 1 hour ago
Gertraud Bell All the big Eucalyps were there before all the housing went in. So??? your saying to remove all native trees an... View
Sport 1

Zoe Lewer - 1 hour ago
Bob Foster yep. Us humans sure have made an impact. We are the problem. You are right. The day the people who were invaded ch... View
Joy Gosden - 1 hour ago
Yes. What were they thinking planting them in our suburbs. They drop limbs attract pests and stop grass growing around them.... View
Bob Foster - 2 hours ago
Another deluded hypocrite post Zoe Lewer 😂 I'm betting you live in a man made structure....made with either cut down trees... View
News 46

phydeaux - 1 hour ago
Buy the way TheSilver, I nearly forgot to mention this with regard to your supposed other scenario https://pubmed.ncbi.nlm.ni... View
phydeaux - 2 hours ago
A few points if I may, starting with your first post in this sub-thread where you start: ".... is literally no good evidence... View
TheSilver - 5 hours ago
Yes, I'm aware there are observational and laboratory studies. I am sceptical of those because it isn't obvious how transfera... View
News 1

Mechanism Of Action - 4 hours ago
Nugget Harris as they should be View
Silentforce - 13 hours ago
Another solution would be to enforce pedestrian laws (if any in the ACT). Working in Civic, each day I witness jay-walking, c... View
Tāmati Kentwell - 14 hours ago
Hugh Gregory most income based schemes like this take into account number of dependents View
Opinion 50

Trudy Anais McInnis - 14 hours ago
I hated Triple J in the 90s and I love it now. Thank goodness it’s changed! And millions of votes led to The Wiggles coming... View
Monty Ki - 16 hours ago
Onelia Herriot that's my husband, for sure. View
Food & Wine 20

@the_riotact @The_RiotACT
#Moncrieff residents are pushing for the ACT Government to remove a #smelly and hazardous 'sludge pit' from their backyard. The petition has already attracted more than 400 signatures https://t.co/fW6ONtnb5f (1 hour ago)