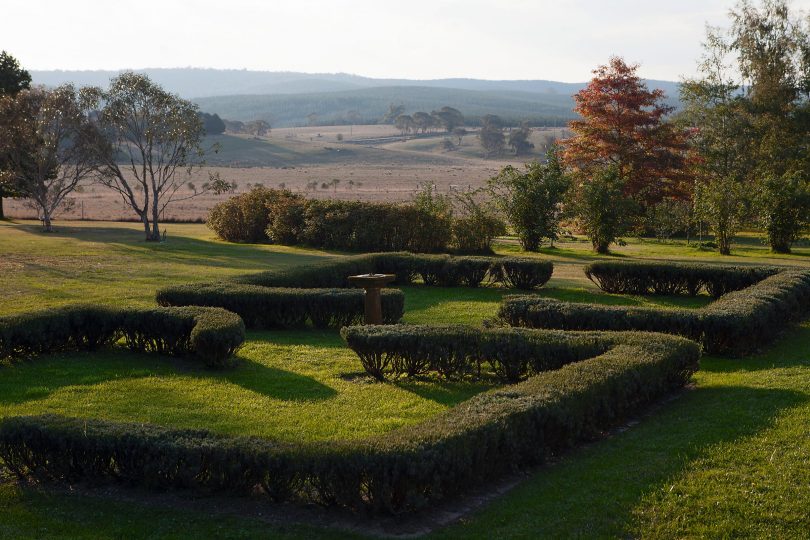 The view beyond the manicured garden of Craigie Station reveals the rolling hills of the southern Monaro. Photo by Simon Griffiths from the book Gardens on the Edge.

A property in southern Monaro on the edge of Australia’s greatest engineering project, the Snowy Mountains Scheme, has been featured in a new book exploring 18 Australian gardens that are defined by extraordinary horizons.

The 290-hectare Craigie Station owned by Normie and Jule Craig is included in Gardens on the Edge by gardening writer Christine Reid who unveils the story of the property and describes its restoration as revealing “love and care in a subtle and refined way”.

The remote property with the well-named Little Plains River flowing through it has been selected along with 17 others because it is on the edge of a frontier and helps to reveal the diversity and character of the Australian continent.

In her book, Ms Reid aims to celebrate “the imagination and resilience of those who have met the challenges of creating, reconstructing or restoring their ‘vision splendid’ in an ancient and often-unforgiving land”. 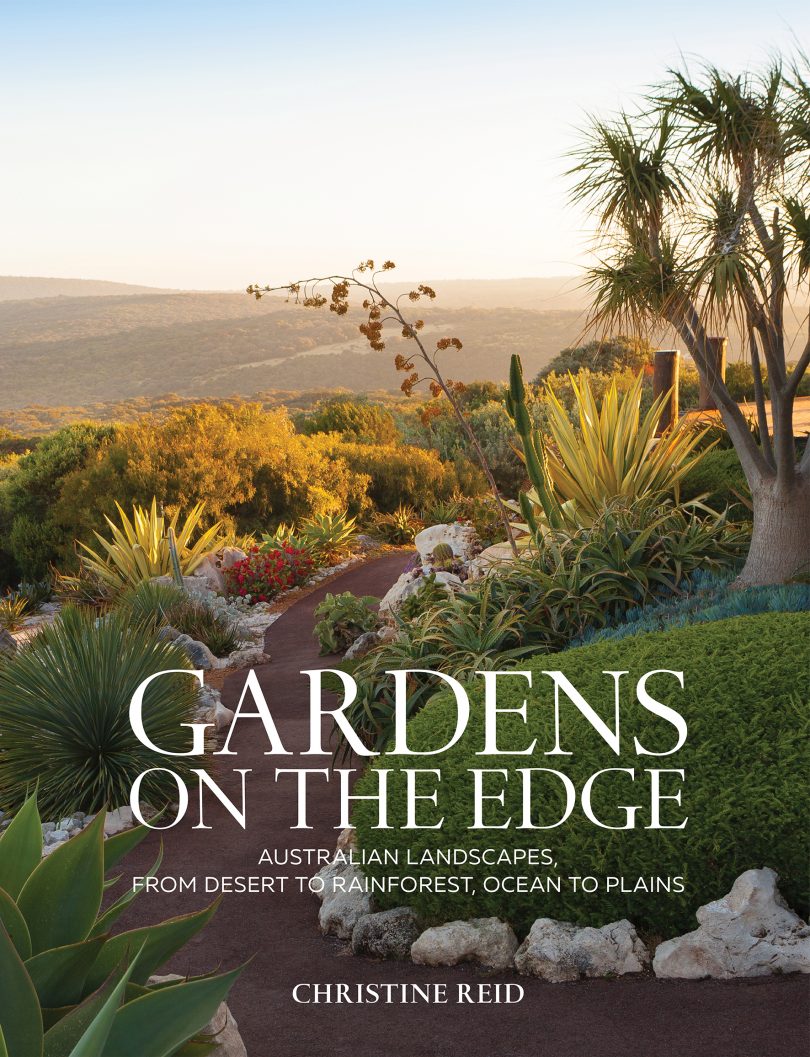 Images and quoted text from Gardens on the Edge by Christine Reid, Murdoch Books, RRP $59.99 Photography by Simon Griffiths.

Located just 10 kilometres from where NSW borders Victoria, Craigie Station was bought by the Craigs in 1992 even though, surprisingly, there is no family connection with the property.

“Then, upwards of 5000 people, mostly Chinese, panned for gold in the river beds, and joss houses jostled for space among the tents and extensive vegetable gardens scattered along the river flats,” writes Ms Reid.

But Craigie Station, which was named after one of several places entitled ‘Craigie’ in Scotland, actually has its origins before the gold rush, at a time when pastoralists from the Canberra region were venturing into the area in search of permanent water and grass for their cattle.

The book traces the history of the property until when the Craigs took over the property in 1992, at which time the place was a bit run down and the garden abandoned.

The exotic trees which remained – deciduous and evergreen – proved to be a great starting point for the garden’s revival.

Ms Reid writes that today these mature trees frame and anchor the house in the landscape.

“More recent additions by the Craigs have been blended into the garden with a rare subtlety,” writes Ms Reid.

“A copse of silver birches has been planted to hide a secret clearing for summer picnics in cool shade.

“A scattering of nine snow pears, Pyrus nivalis, with their froth of white blossom, is a spring highlight. A parterre of French lavender, planted by Normie, embellishes the front lawn.” 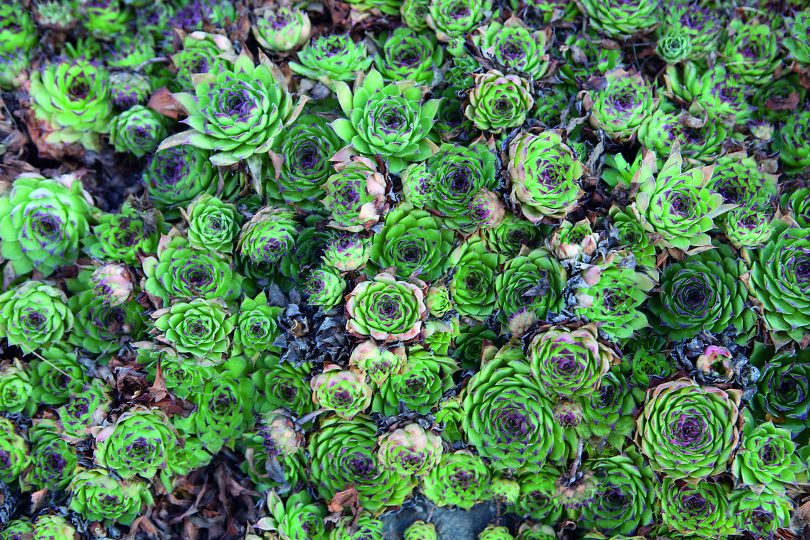 Houseleeks, or sempervivums, tolerate extreme temperatures. In this image they can be seen congregating along the top of a garden wall at Craigie Station. Photo by Simon Griffiths from the book Gardens on the Edge.

Ms Reid writes that Jule Craig had to adapt her approach to gardening to make do with what grows “and not fight it” – going with what survived in the “harsh climate and awful soil”.

Today their cultivated garden and series of ponds have an “air of relaxed informality” and the Craigs “have expanded their interests in the natural world to embrace local environment and conservation issues”.

“The Craigs show an innate understanding of ‘less is more’ in their sympathetic treatment of house and garden, and their place in the environment,” writes Ms Reid.

To find out more about what the Craigs have achieved and read the full story of Craigie Station – along with the stories of the other 17 Australian gardens, you can purchase Gardens on the Edge published by Murdoch Books for $59.99. Click here for more details.