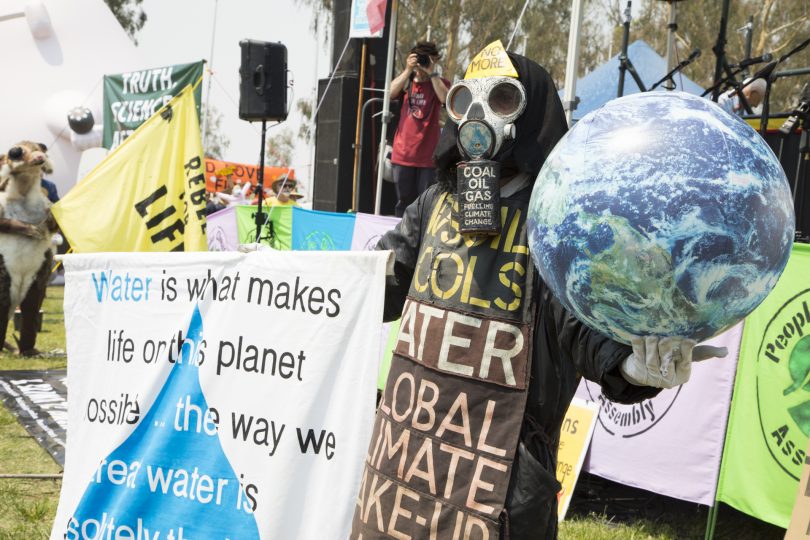 A protestor at the Climate Emergency Rally at Parliament House in February this year. Photo: Michelle Kroll.

Two researchers from the Australian National University (ANU) say that heat-related deaths have been “substantially underreported” and are calling for climate change to be added to death certificates.

Dr Arnagretta Hunter and co-author Dr Simon Quilty of the ANU Medical School say the amount of deaths attributed to excessive natural heat is at least 50 times more than recorded on death certificates.

Their research has been published in The Lancet Planetary Health, with figures showing that during the past 11 years, 340 deaths in Australia were recorded as being due to excessive heat, but statistical analysis found 36,765 deaths could have been attributed to heat.

“Climate change is a killer, but we don’t acknowledge it on death certificates,” co-author Dr Hunter said.

“We can make a diagnosis of a disease like coronavirus, but we are less literate in environmental determinants like hot weather or bushfire smoke.”

The region sweltered through its hottest January since records began in 1939, with the temperature 1.52°C above the long-term average, according to the Bureau of Meteorology.

Canberra Airport recorded five days above 40°C, a record for any month and the calendar year, with an unprecedented four in a row from 15 to 18 January. Canberra Airport’s mean maximum temperature was a record 34.5°C, 6.3°C above average and 1.7°C above the previous mark set in 2017. The mean maximum was also a January high in Tuggeranong at 34.1°C, beating its previous record by just over two degrees. 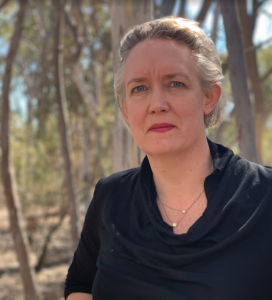 “We know the summer bushfires were a consequence of extraordinary heat and drought and people who died during the bushfires were not just those fighting fires – many Australians had early deaths due to smoke exposure,” Dr Hunter said.

“There is a second component on a death certificate which allows for pre-existing conditions and other factors.

“If you have an asthma attack and die during heavy smoke exposure from bushfires, the death certificate should include that information.”

“Climate change is the single greatest health threat that we face globally even after we recover from coronavirus,” Dr Hunter said.

The researchers say death certification needs to be modernised to reflect the impact of large-scale environmental events.

“We are successfully tracking deaths from coronavirus, but we also need healthcare workers and systems to acknowledge the relationship between our health and our environment,” she said.

A similar study earlier this year, published in the Medical Journal of Australia, found that the summer’s hazardous air quality and bushfire smoke may have cost 31 Canberrans their lives.

“These very small particles in bushfire smoke can penetrate deep into the respiratory system inducing inflammation and even translocate into the bloodstream,” Professor Vardoulakis said.

“Mortality rates have been found to increase in Sydney on days with high bushfire smoke pollution.”

Science is data collection, analysis and reporting. It is the same scientific method used to identify and deal with COVID19 as it is to identify and deal with climate change. Yet people seem to “believe in” one and not the other. Science doesn’t care if you believe in it or not. The data is there. If you choose not to act on the data, or support action based on the data, then the outcome will occur, whether you believe in it or not. So use the data to make sure we have the desired outcome. We did well using the data to address COVID19. Other nations did not. We need to use the data to address climate change, or we will suffer the consequences, as we have already begun to. Science is data. Use the data.

ANU might cut it’s costs if it is short of funds starting with axing those researchers.

Bear this in mind next time you hear universities cry out for more funding.

Yes, we need far more research on climate change. It is an existential threat to our species.

I have heard EVERYTHING, now!!!

And yet your ears and your mind remains firmly closed 🤔

Monica Tiffen, obviously not, by your own admission.

Besides ignoring pre-existing ailments, did the researchers factor in population growth and a higher proportion of people in aged cohorts as an explanation for an increased number of deaths? Probably not. Beware of academics manipulating data to ensure continuation of their own lucrative research grants.

Awesome! So Wuhan flu is irrelevant and climate change is the devil! Keep up the laughs!

There are probably millions of deaths a year that can be attributed to air/water pollution, this pollution is cumulative and adds fuel to the fire that is climate change. When sea level rise becomes more dramatic in 30 years time, (or sooner), thousands of miles of vulnerable coastline will become uninhabitable and refugees in their millions will die from famine, exposure and conflict. Most of the losses will be seen in the low socio economic cohorts, where there is little if any medical help, no alternative housing and a massive over-population problem.

The world has truly gone mad.

“The study did not analyse pre-existing conditions”

Nothing to see here folks, move on.