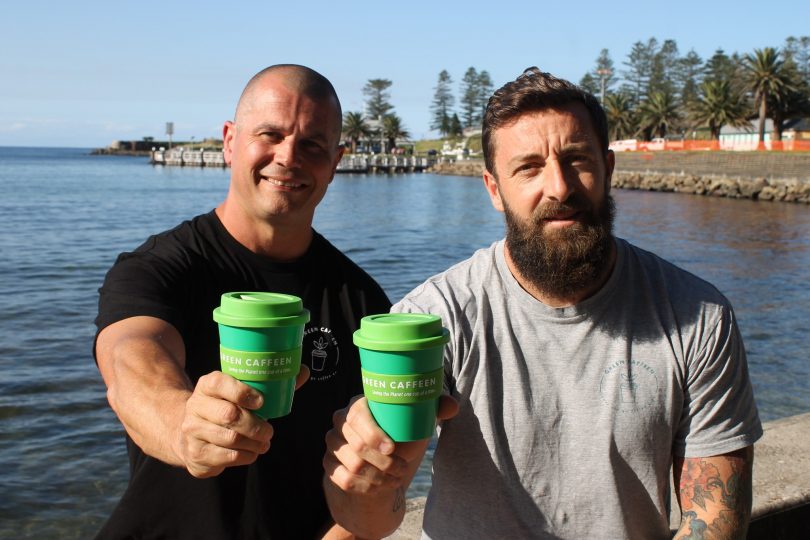 The men behind a successful and unique reusable coffee cup scheme have put their hand up to implement the system in Canberra, as the ACT Government looks to cut coffee cups from its waste pile.

Green Caffeen, which was launched in Kiama 12 months ago, is a swap-and-go system that allows coffee drinkers to use a reusable cup, bring the used cup back into participating cafes within 30 days, and walk out with coffee in a clean green cup.

Founded by Damien Clarke and Martin Brooks, the scheme is now in effect in over 270 cafes across the nation, including all of the 15 cafes on the University of Queensland’s St Lucia campus in Brisbane.

Co-founder Damien Clarke is eager to expand into the nation’s capital and said there have been several discussions with the ACT Government over the implementation of the scheme.

“Martin and I were useless in holding onto reusable cups ourselves so we thought that if you can swap gas bottles, you could swap coffee cups,” he said. “So far the answer is yes.

“We knew there was a market for it. People can have up to four or five reusable coffee cups themselves because people forget about them on a daily basis. 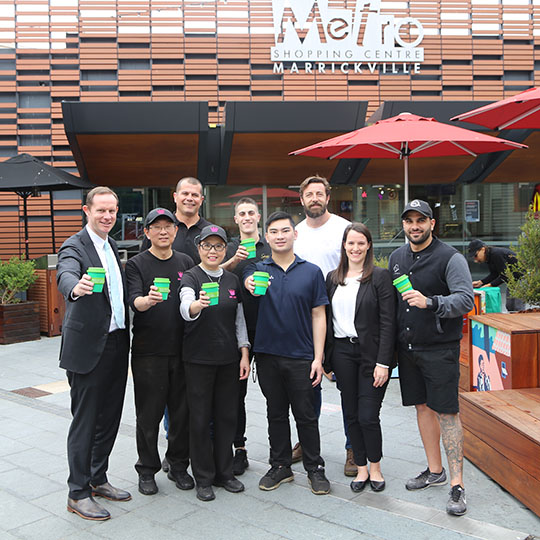 The ACT Government has been in discussions with Sydney’s Inner West Council about the rollout of their new swap-and-go coffee cup scheme as the Government looks to follow in their footsteps.

Over 30 cafes in the Inner West have signed up for Council’s scheme, including a majority of cafes in popular Sydney shopping centre Marrickville Metro, which is aiming to be the first shopping centre in Australia to have all of its cafes participating.

Minister for Climate Change and Sustainability Shane Rattenbury said he has been talking to the council about their scheme and saw it as an opportunity to gain knowledge of reusable cup schemes for Canberra.

Mr Rattenbury said the ACT Government will also be researching businesses models such as Green Caffeen’s model to determine the feasibility of running a similar initiative in Canberra.

“The ACT Government is focused on helping the community avoid, reuse and reduce waste through varied programs and campaigns available for the community and businesses,” Mr Rattenbury said.

“We were made aware of a reusable coffee cup scheme that was being developed by Inner West Council and saw an opportunity to gain knowledge in this space. 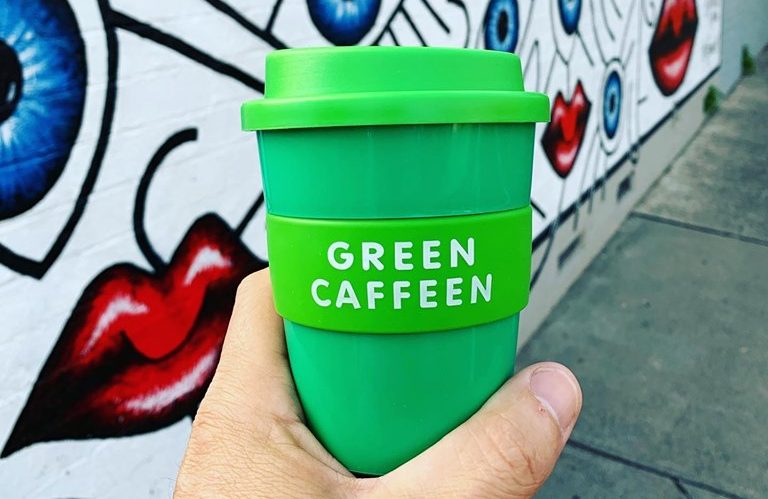 Green Caffeen’s scheme is now in effect in over 270 cafes across the nation. Photo: Supplied by Green Caffeen.

“This was the first step in researching the potential for a similar scheme in Canberra, wider research is currently being undertaken.

“There are many businesses and shopping centres that are participating in the Actsmart Business Recycling program and the Straws Suck campaign, which shows a strong appetite from businesses to be more sustainable at work.

“Initial research suggests there would be support amongst ACT businesses and shopping centres of a similar initiative.”

Labor backbencher Suzanne Orr said her electorate of Gungahlin is the perfect place to trial the scheme.

“I’ve been speaking with businesses and residents in Gungahlin who are keen and ready for the Reusable Coffee Cup Zone trial to commence early next year,” Ms Orr said. “With cafes like Frankies at Forde, Sunday in Canberra and Atlas all ready to get on board, Gungahlin is definitely the best place for the trial to commence.

“Sydney’s Inner West Council has beaten us to it, so I think it’s time for Canberra to catch up and I know the Gungahlin community are ready to embrace our very own Reusable Coffee Cup Zone.”

I already have a reusable cup. They have been available for years.

And it will be an employment creation scheme too. Every take away will need to employ a dish washer.

I wonder what that will do to the price of a cuppa?

No, the cup will just be put in the (non-human) dishwasher.

Julie Macklin All by itself? Someone has to load and unload the dishwasher, add detergent and press the go button.

Campbell Starky you should get the app- I used it last week at UQ. 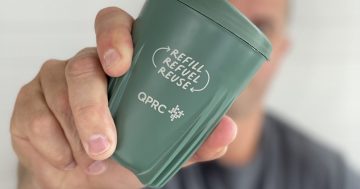