Last week I was invited to attend the DINNER WITH WHISKY event at Hotel Realm, hosted by renowned whisky personality Martine Nouet.

Wednesdays are date night in our house, so I was a little bit sneaky and told my boyfriend Mike that I was taking him somewhere special. He didn’t find out until later that I was actually going for work. Oops!

On arrival we were greeted with a signature whisky cocktail and introduced to other guests which included whisky lovers, whisky brand ambassadors and some of Canberra’s leading bartenders and bar owners. You might recognise some of these guys from your local watering holes! 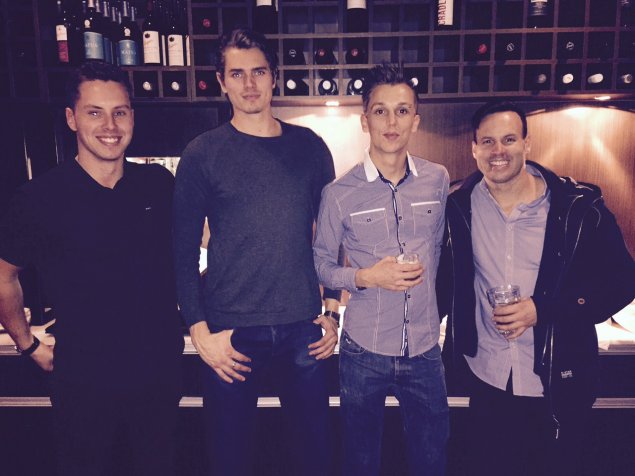 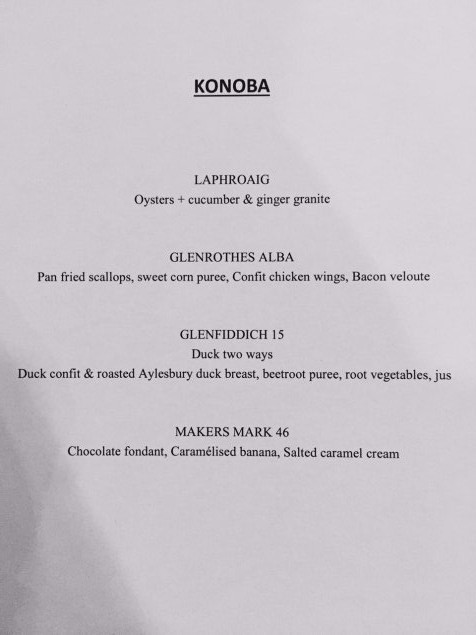 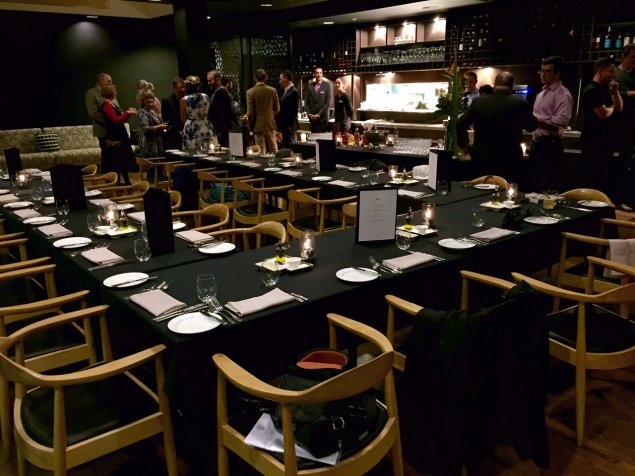 Our first course was a serving of 3 Laphroaig Quarter Cask (this is a type of whisky) oysters, with a cucumber and ginger granita. Not to turn you off, but I’ve had food poisoning from oysters twice now, so I was a little wary! But you can’t be rude when you’re at a dinner party, so I dug in. I was pleasantly surprised to find that the oysters were extremely fresh and they were still attached to the shell, which I love! I couldn’t really taste the whisky on the oysters but I did get a whole glass of Laphroaig Quarter Cask to sip with my meal. 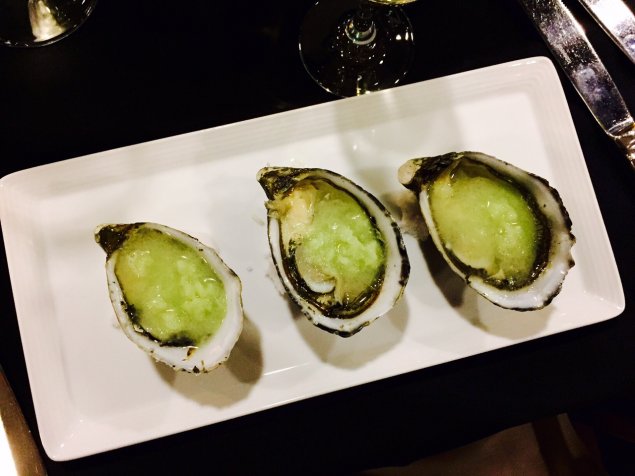 Guests were given the history of each paired whisky before every course and we were told to sip the whisky before taking our first bite and during our meals, as the flavour changes on your palate.

Second course was Glenrothes Alba (another whisky) Pan-fried scallops, sweet corn puree, confit chicken wings, bacon veloute. I have to tell you, this was my favourite dish of the night and again, we were given a whole new glass of whisky, filled with Glenrothes Alba. 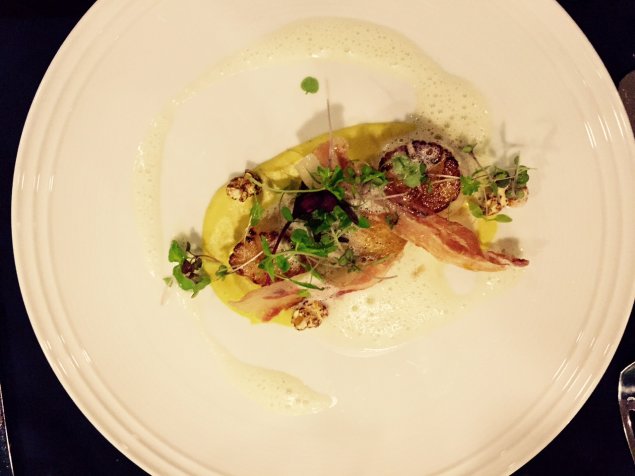 How cute are the whisky glasses by the way?! 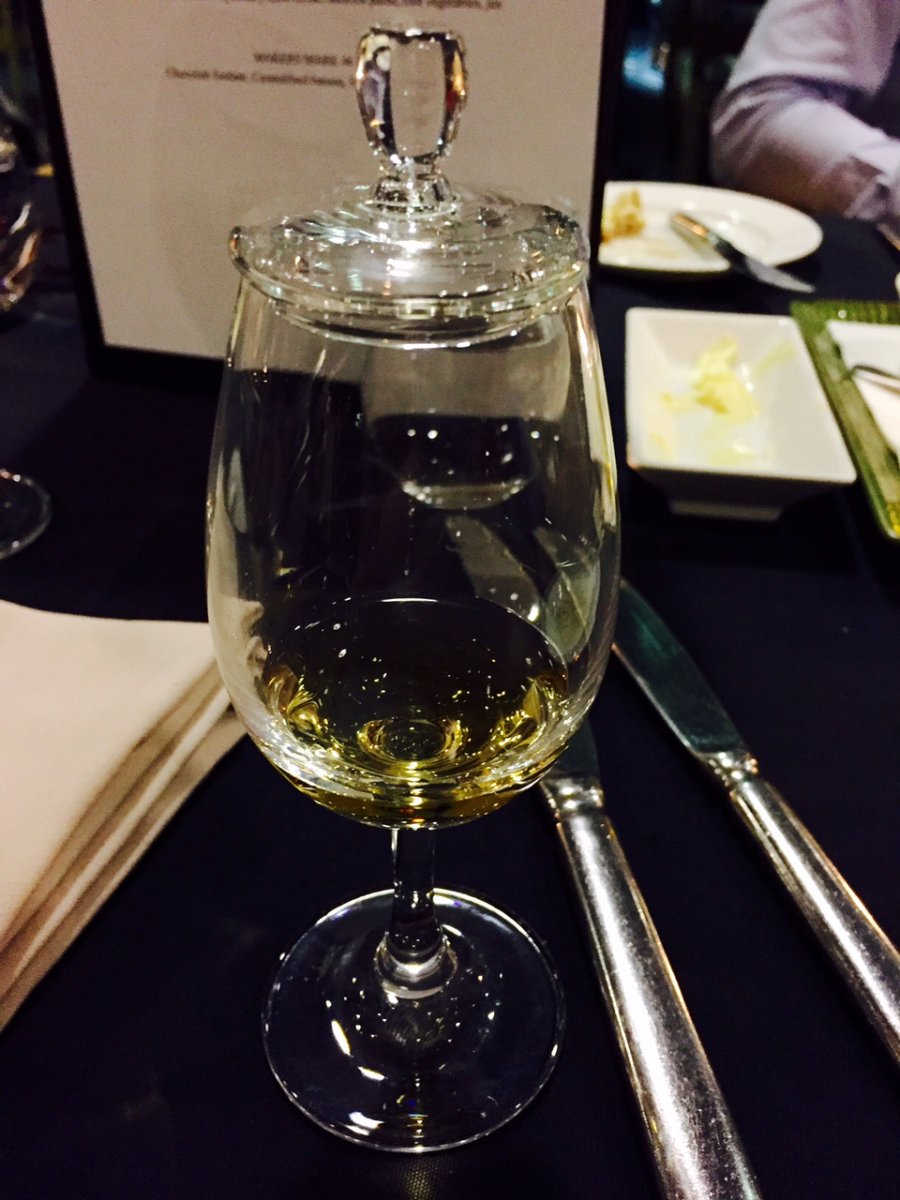 Third course was Glenfiddich 15 years Solera (The worlds most favourite single malt whisky) duck confit and roasted Aylesbury duck breast, beetroot puree, root vegetables and Makers Mark 46 (more whisky) jus, also served with a glass of Glenfiddich. If I’m being honest, I didn’t love this dish. My serving of duck was too pink for my liking and it was tough and chewy. I left the duck and drank the whisky. 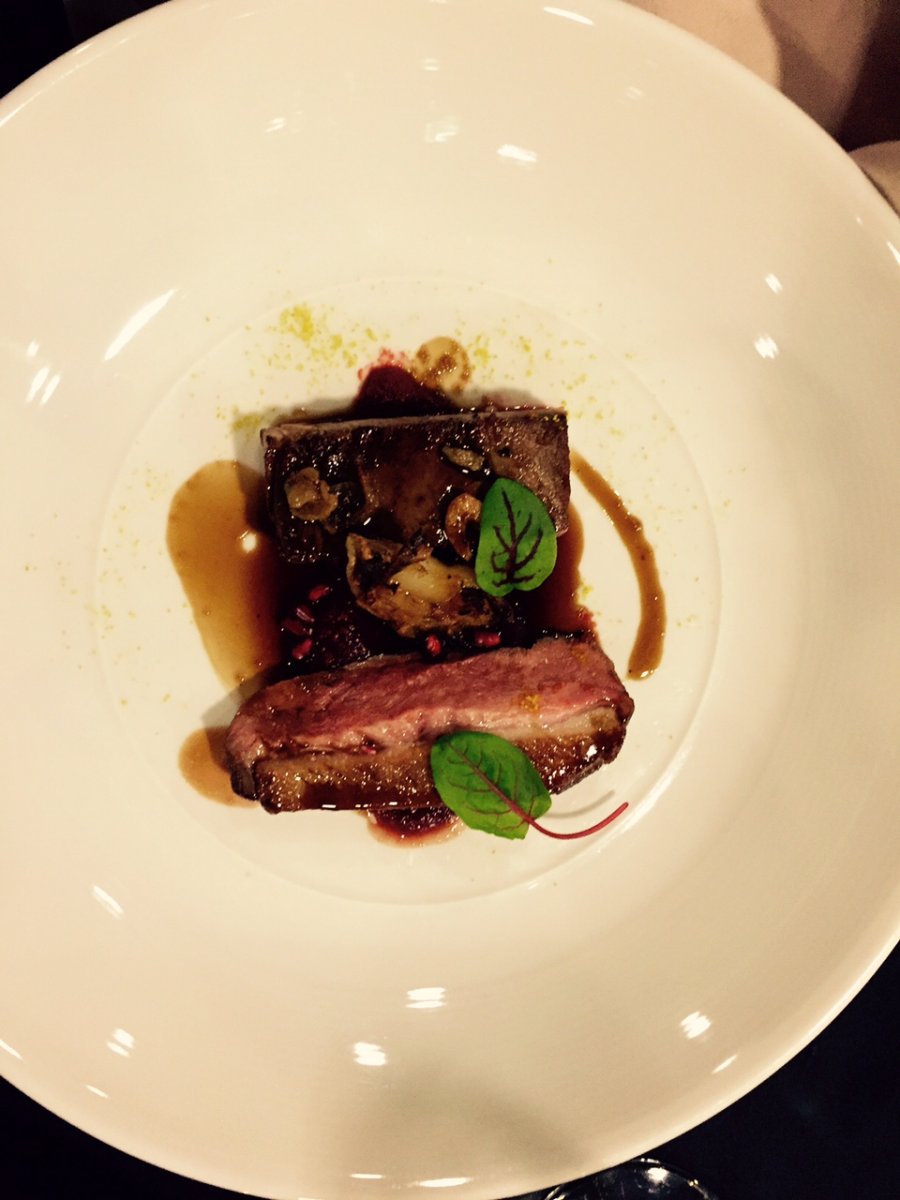 And of course, there was dessert. Chocolat fondant with caramélised banana and salted caramel cream. Dessert was a hit! Every single person demolished their dish within moments of it hitting the tables. 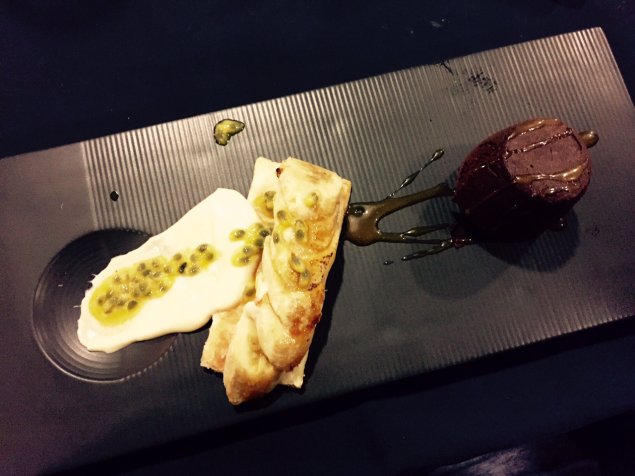 It’s safe to say that by the time we arrived at dessert, everyone was a little drunk. Some more than others!

The dinner was a success, with everyone seeming to have had a wonderful night … and if they didn’t, they probably wouldn’t remember anyway – there was A LOT of whisky! Even as a non-whisky drinker I certainly had a good time and learnt a few things about whisky.

The Dinner With Whisky event was a part of the two-day Whisky Live Show, which will be held in Canberra on 30-31 May.

Ohhhh – this would have been right up my alley. Did they teach you how to sniff the whisky? Hopefully it was like Richard Paterson – this guy is hilarious.

The dinner was a little more serious with all those whisky enthusiasts …. However, the did say it is best to open your mouth whilst you smell the whisky! Thanks for sharing the YouTube clip!

This was certainly an outstanding event and it was a pleasure to welcome whisky expert, Martine Nouet, to Canberra, all the way from Islay, Scotland. The menu Martine developed with Hotel Realm’s Executive Chef, Fabian Wagnon, was spot on. As were the whiskeys. The Whisky Live event at the University of Canberra Refectory on 30-31 May is well worthwhile attending, particularly for those who enjoy a wee dram while talking with the people behind the brands.

Ohhhh – this would have been right up my alley. Did they teach you how to sniff the whisky? Hopefully it was like Richard Paterson – this guy is hilarious.

Maddie Ten - 4 minutes ago
Governments about to bust down on people in love dynamics and divide, now, are they? View
Kim Bal-Al - 32 minutes ago
Relationships, especially long-term ones come with a lot of compromise. Some of the things people say they want from a relati... View
Kim Bal-Al - 36 minutes ago
Alyssa Stuart maybe they were just fed up with hanging around their partners all the time and that's why they wanted a girls... View
News 51

John W Crawford - 4 minutes ago
Does that reinforce the old saw " dead men tell no tales"???... View
Linda Stapleton - 32 minutes ago
This could lead to some rather nasty side issues.. what if someone were to catch an idiot breaking into their home..do they b... View
Shari Tiger - 49 minutes ago
I’m pretty sure the speeding fines at the infamous Northbourne Ave and London Circuit intersection have brought in enough $... View
Public Sector 57

Anthony Philip Parker - 51 minutes ago
I'm feeling hungry just looking at that breakfast. View
Jasmine Elliott - 3 hours ago
Kynan Elliott you could do this View
Jane Farrugia - 5 hours ago
Went there for lunch the other day. Service was great, very friendly, food was really good, will definitely be going back🤗 View
News 13

JS9 - 59 minutes ago
Whether they should or not, the markets do care, because the credit ratings invariably drive the interest rate at which insti... View
JS9 - 1 hour ago
To be fair - an implicit guarantee exists in the form of the RBA. Because it can always print money and buy Government bonds... View
Heavs - 2 hours ago
Dear Chewy and JS9. Thanks for pointing out how things actually work inside government finance. But actually, here is another... View
Community 8

@the_riotact @The_RiotACT
Businessman Trevor #Kennedy, who died this week aged 79, is remembered for his role at the flamboyant height of the Packer #media empire, but he was also a generous donor, a passionate Australiana collector, and committed to the NSW South Coast https://t.co/omWhd2qD1b (19 minutes ago)

@the_riotact @The_RiotACT
RT @Breaking_247: ACT Health has confirmed eight new cases of #COVID-19 in the ACT, and there are no confirmed cases of the #Omicron varian… (31 minutes ago)

@the_riotact @The_RiotACT
In a tough year for #business, the @CBRBusiness has reported steady membership and new services for its members https://t.co/RSQ0GnCSmk (49 minutes ago)