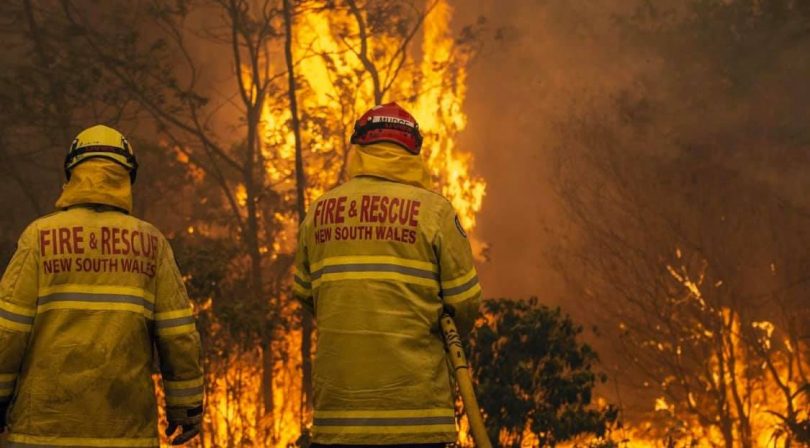 The National Bushfire Recovery Fund has rolled out 50 per cent of its $2 billion allocation as of 15 May. Photo: RFS Facebook.

Local Rural Fire Service (RFS) brigades are turning to other volunteers and their community to get through the trauma of the fires and isolation of the pandemic.

Batemans Bay Rural Fire Brigade captain Ian Aitken says people are beginning to reach out for help, in stark contrast to the toughing-it-out approach that pervaded the RFS in the 1980s.

“The old ‘I am tough’ routine does not cut in anymore,” Mr Aitken said, saying there’s no longer a stigma associated with asking for help.

“I have seen a lot of the guys who are tough say ‘I am struggling’ and it is good to hear [them] say that so we can do something about it. They have been really brave to come forward to me and say they need some help and that is a good thing.

“The people in my brigade – and I can only speak about my brigade – are reaching out. A couple of people did get the help they wanted and they are doing their sessions and it is helping them, definitely.”

Mr Aitken says that one of the biggest problems throughout the brigade is a feeling of guilt at what could not be done over the summer.

“It is a bit of a mindset and I am very mindful of people’s behaviours, if I see any changes in behaviour I am right onto it to see how they are holding up. [Some] members live on their own, and on top of that we have had COVID-19 so they are isolated, so I keep in constant contact with those people to make sure they are OK.” 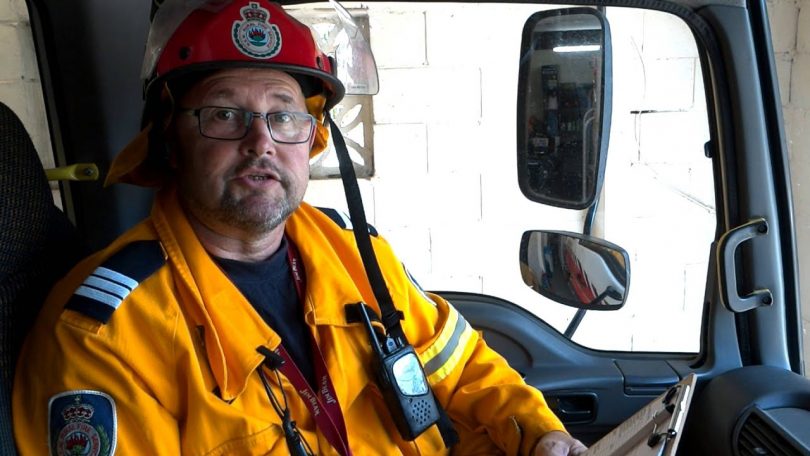 Batemans Bay Rural Fire Brigade captain Ian Aitkan says he is making sure all of his brigade is getting the help they need. Photo: Batemans Bay RFS.

During and immediately after the fires, RFS brigades like Batemans Bay were flooded with public donations, but smaller community brigades, who didn’t have the IT capacity or media prominence, missed out.

In response, Mr Aitkan decided to pass some of those funds on to the Runnyford, Deua River, Nerrigundah, Tinpot and Belowra brigades.

“Our brigade was pretty well equipped to begin with, there is extra money that has come in via the public that I have diverted to other brigades … a lot of other brigades missed out on that type of funding,” Mr Aitken said.

The Federal Government has rolled out about 50 per cent of the Commonwealth’s $2 billion National Bushfire Recovery Fund (NBRF) since mid-May to help with recovery efforts. However, of the $78 million available for mental health services in affected communities, only 16 per cent has been rolled out.

As a part of the $78 million for mental health services, $16 million was set aside in January to help specialist organisations deal with trauma experienced by emergency services workers and their families.

None of that money has been rolled out yet, with the Government saying that services will be available from 1 July, and the national action plan will be put in place from 1 July 2022, despite the original release being labelled as “immediate mental health services”.

If you or someone you know is struggling, you can contact Lifeline’s 24-hour crisis support service on 13 11 14.

Counselling services for NSW RFS volunteers and staff are also available on 1800 049 933.

Hans Dimpel - 48 seconds ago
Are there any local Canberra/Queanbeyan veggie garden pages or groups? I find most online stuff is international or national.... View
Opinion 73

Anna Ji - 29 minutes ago
He deserves a pedestal for his sport. His views should not impact that, especially when it's just his perceived views by one... View
Vasa Krculj - 32 minutes ago
Novak, a great sportsman and a generous human being who donated $1 mil. to the NSW bushfire victims. He must be the first spo... View
Bradley Beasley - 49 minutes ago
Vicki High He is a boofhead with plenty of money. View
Community 107

Steve Aust - 58 minutes ago
Colin Parton tell 1 story here View
Capital Retro - 1 hour ago
The letters "SM" stand for "Self Managed". It baffles me why people set up SMSFs and then pay someone else to run the investm... View
Louise Flint - 1 hour ago
James Daniels I was sent there for advice before I took a redundancy package. They ignored my superannuation and taxation que... View
News 22

Acton - 8 hours ago
The outer pine forests fueled the approaching firestorm but it was the gum trees within the suburbs that caught alight and sp... View
phydeaux - 12 hours ago
“The plantation” of 2001 is not “the plantation” of 2003. The former is now the Arboretum and some Molonglo suburbs.... View
Opinion 144

@the_riotact @The_RiotACT
You're #vaccinated and #boosted, you wear a mask, socially distance, wash your hands and sanitise, but as Zoya Patel discovered, you can do all the right things and still get #COVID https://t.co/LTSsyklfol (29 minutes ago)