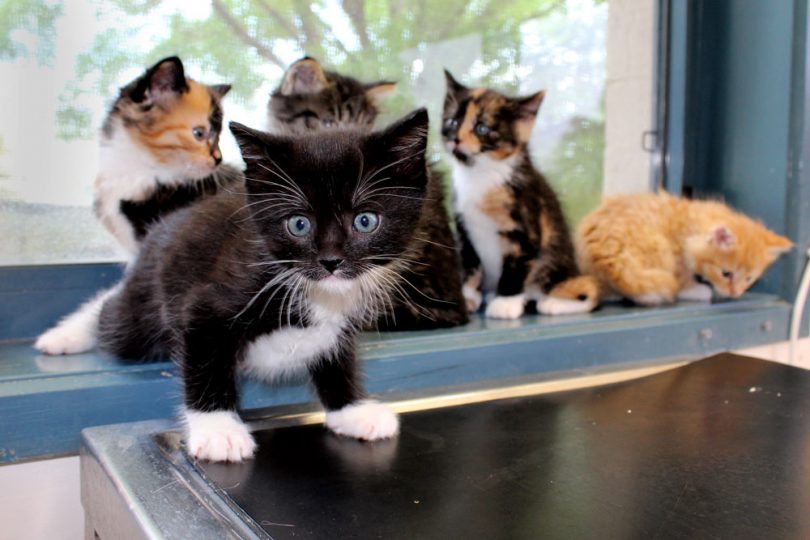 Are free or discounted desexing initiatives helpful, or a potential cat-astrophe?

RSPCA ACT will review its costly subsidised cat desexing program as large numbers of pregnant and intact felines and kittens continue to come through its doors.

It said that at the end of the three-year trial of the Frisky Tom Desexing Program, RSPCA ACT and participating veterinary clinics had desexed 1,242 cats, including 1,077 for free and 165 at a discounted cost.

The first fall (2016-17) in the number of unwanted kittens (12.5 percent) and cats of all ages (9 percent) coming to the shelter in five years offered some hope but it was too early to tell if this would be sustained.

The organisation launched the program in 2015 in a bid to reduce the number of unwanted cats in the ACT. The first of its kind in Australia, it offered to desex the cats of Centrelink concession and DVA Gold Card holders for free, with a 20 percent discount for others.

RSPCA ACT Chief Executive Tammy Ven Dange said that despite taking away the financial impediment for people to desex their cats, the Weston Shelter was still receiving large numbers of unwanted kittens.

“This is absolute proof that no matter how many resources RSPCA ACT throws at this issue, it really takes the whole community to solve the problem of so many unwanted animals in the greater Canberra area,” she said.

Ms Van Dange said RSPCA ACT would decide at the end of this financial year whether to resume the program or do something different to help animals.

“A lot will depend on whether or not we are seeing the desired decrease in incoming kittens,” she said.

In this year’s program:

The decision to trial the program for three years was made after RSPCA ACT found that every year the previous year’s record for the number of cats coming into the shelter was being broken, with kitten adoptions at RSPCA ACT increasing by 76 kittens or nine percent in 2015 after a 12 percent rise in 2014.

Is your cat desexed? What else could RSPCA ACT or the Government do? Let us know your thoughts by commenting below.

Christopher Cuba Rabanal - 17 minutes ago
How about a six day week with every Sunday shut. Where everything is closed in a Sunday Sunday is family Day ?... View
Valerie Foster - 3 hours ago
Been talking about that for years. View
Community 44

Sue Sutton - 36 minutes ago
What about Forrest? Surely the median is higher than Griffith etc. Maybe there are not enough properties sold🤔... View
Alex Troy Elsworth Adkins - 1 hour ago
Mat Kenna but Griffith, Red Hill, Yarralumla etc... weren't until now? Yeah right... View
Mat Kenna - 1 hour ago
Alex Troy Elsworth Adkins it's the new additions, Forrest has been in the list for about 10 years. View
News 9

Colin Ball - 39 minutes ago
Why do they get game consoles?it's meant to be a place for punishment not reward, what about the people who have worked hard,... View
Steve Whan - 2 hours ago
Just curious, do instigators of damage have their terms effected due to vandalism caused? I dont know. Just curious. View
Inca Serrated - 3 hours ago
Not a single mention of the conditions that prisoners are living in... Lockdowns, no family contact for over a year, no meani... View
Community 37