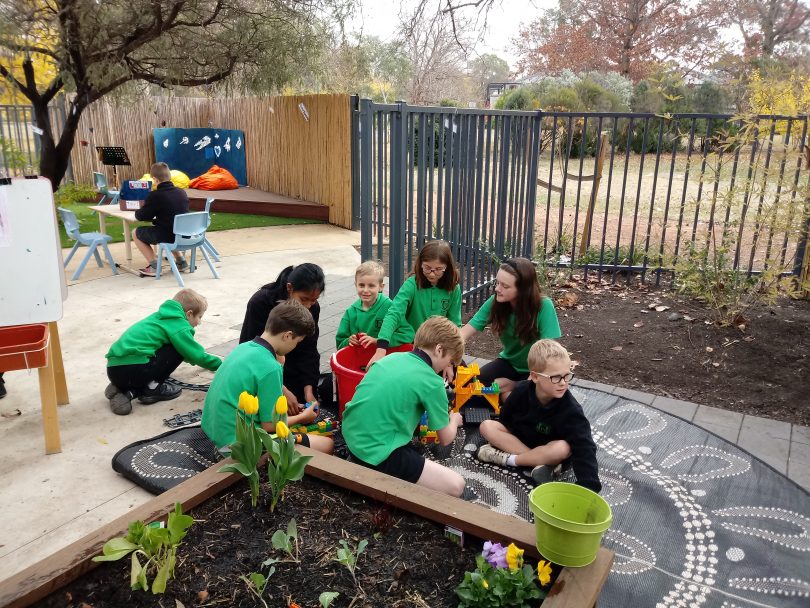 The Canberra Liberals have raised the spectre of school closures if the Government fails to deal with the uneven spread of school enrolments revealed in the Education Directorate’s annual school census which for the first time included student capacity numbers.

Minister for Education and Early Childhood Development Yvette Berry told The RiotACT at a Budget announcement at Turner School that she was not contemplating any new measures outside the usual annual appraisal of priority enrolment areas (PEAs) to address the extremes of over and under-capacity in schools across Canberra.

“Every year the Education Directorate makes adjustments to the PEAs depending on the ebbs and flows throughout our city as populations change, so that work happens every year to make sure schools have a place for every child to go to the school in their local area,” she said.

On the question of whether more should be done to retain families in their local area, Ms Berry said their local school should be incentive enough because “every one of our schools is great.”

But Education spokesperson Elizabeth Lee said the Minister was in denial if she did not consider the capacity issue to be a problem.

Ms Lee said that while schools that were bursting at the seams raised issues about stretched resources; teacher burnout and student behaviour, severely under-enrolled schools that were struggling with a lack of funding, and resources and programs, all had a serious impact on the viability and the vitality of a school community.

“We know that ACT Labor has previously closed schools under Chief Minister Andrew Barr when he was Education Minister. His solution was the super Namadgi School which is absolutely under capacity. If the school keeps going the way it is then we will be asking and demanding the Minister to explain what she is going to do about it,” she said.

“It seems realistic that if schools are not viable that it could lead to closures, and you’ve got to be really careful and it’s up to the Minister to explain that to the community.”

But Ms Berry denied any schools were under threat, despite some being below half capacity, particularly in Tuggeranong and some areas of Belconnen.

“There are no plans by the ACT Government to close any schools in the ACT,” she said.

Ms Lee said the Government needed to get back to basics in planning, and called for a full audit of the way the PEA system worked, making use of all available data relating to population, land releases, and the location of new infrastructure.

“The Government’s in the best position to look at this because they have all the best data,” she said.

Ms Lee said that the question also had to be asked why parents are sending their children outside of their PEA.

“We have to look at that, there’s got to be a reason why some schools despite the fact that they might be just down the road are not getting those students,” she said.

“What we need to look at is what are the programs or what are the specific reasons that a certain school is being chosen above another. For example, you’ve got Kaleen Primary School over capacity and you’ve got Maribyrnong under capacity and they’re literally down the road. Clearly, it isn’t an issue of distance or where the location is but they must offer different programs which attract a different set of people.”

She said the Minister and the Directorate leadership needed to ensure schools cross-networked and shared their experiences.

The strategic development of programs in areas where enrolments were falling away also needed to be explored because people were willing to travel if a school offered the right program, Ms Lee said.

“Parents are voting with their feet, you can see it in the figures,” she said.

But Ms Lee agreed with the Minister on one thing: “Canberra schools are good, they just could be better. There is no reason why we cant have the best schools in Australia.”

It’s interesting that we have been in this situation before and if the Government doesn’t manage the situation properly then history will repeat itself.

Check out Page 1217 of 2006 Hansard below for Mr Barr’s response to the question about a hit list of school closures for Kambah’s Mt Neighbour, Taylor and Urambi primary schools, where Mr Barr responded that there was no hit list for School closures.

We all know that in the end these schools, plus two pre-schools and Kambah High were all closed by Mr Barr. More tellingly, the promises he made for a better education future for students through Namadgi Super School have fallen flat. Based on history, I wouldn’t trust any of his governments denials around future school closures.

Here’s the tip for ACT Labor, if you provide adequate amenities, services, entertainment and schooling for young families they will move into the area and ensure that school enrolments stay at a high level. But, if you close schools, remove services and let the existing amenities age, you will lock in the poor outcomes you have created in Tuggeranong.

Two Belconnen schools that were going to be closed received a last minute political reprieve thanks to excellent lobbying by Greens and education Stakeholders. These schools stayed open and are now at capacity (after the government claimed that suburb demographic modelling meant they had to close). This positive result is thanks to Government family friendly investment into the surrounding areas and having the local public school remain open.

Don’t do what you did to Kambah, to another part of Canberra. Create a demographic shift by providing struggling Suburbs with a reason for young families to move there.

Re the Liberals closing public schools and opening private schools, be aware that Shane Rattenbury was schooled at CGS.

Isn't it part of Liberal philosophy to come up with reasons to close public schools so they can open new private ones?

Lol... I think you are possessed!

Maybe you should be looking closer at the school and the reason they are not receiving enrolment. Parents are moving because their schools not meeting their children's needs.

It would be interesting to see if housing affordability (i.e. for young families) is a factor.

Schools bursting at the seams are often guilty of accepting people from out of area, for a variety of reasons. If a school is at capacity for it’s local catchment then it shouldn’t be cramming in more students from out of area. This practice needs to be looked at.