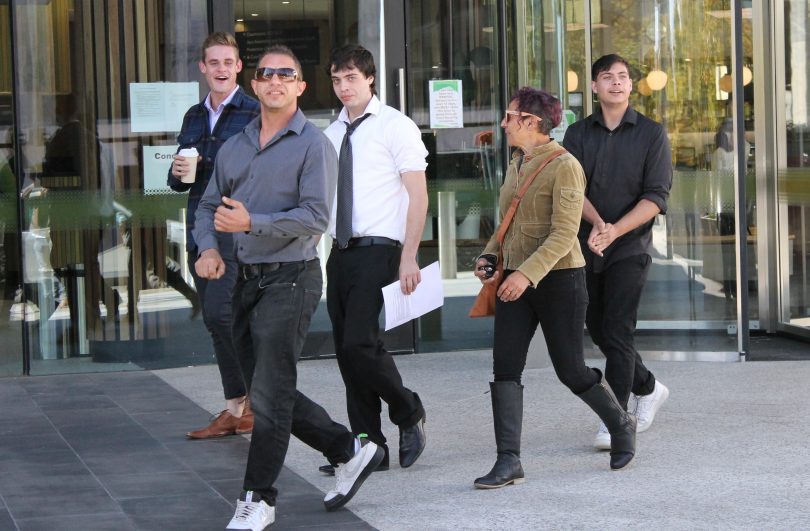 Jaxson Dillon Kirkwood (centre) leaves the ACT Court with a group of supporters who jeered at and insulted journalists outside the courthouse. Photo: Albert McKnight.

A second man has pleaded guilty to assault charges over the fight at the Weston Creek skatepark that left an 18-year-old dead.

Court documents show that on 27 September 2020, a group of people went to the skatepark where the fight took place.

During the fracas, a teen was allegedly stabbed by a 16-year-old boy who has since been charged with murder.

Jaxson Dillon Kirkwood has now admitted he assaulted the young man killed on the night, although he is not accused of murdering him.

In the ACT Magistrates Court on Monday (12 April), the 26-year-old entered guilty pleas to charges of affray with five or more people present, as well as to damaging a car and assault. 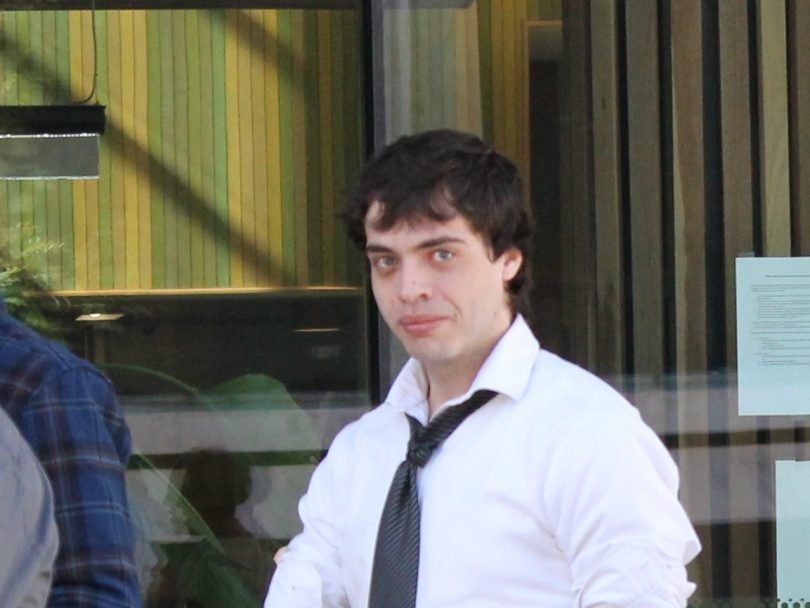 A number of people have been charged over the brawl, including several under the age of 18, but Kirkwood is the second to admit to his role in the fight.

He follows 19-year-old Montgomery Cole White who last month also pleaded guilty to charges of affray with five or more people present, and assault and damaging a car.

White is also not accused of murdering the 18-year-old.

The exact details of the offending Kirkwood confessed to are not known because his lawyer, Paul Edmonds from Canberra Criminal Lawyers, said his statement of facts had not yet been agreed to.

He said the current statement was “essentially a generic statement of facts across numerous co-accused”.

Magistrate Glenn Theakston adjourned the case to 12 July, the same day as White’s next court appearance, and continued Kirkwood’s bail.

He also said the statement of facts in the case must be determined and given to the defendants two weeks before that date.

The court has ruled the 18-year-old victim cannot be identified.