Should the Brumbies rest their players for Cheika's Wallabies? 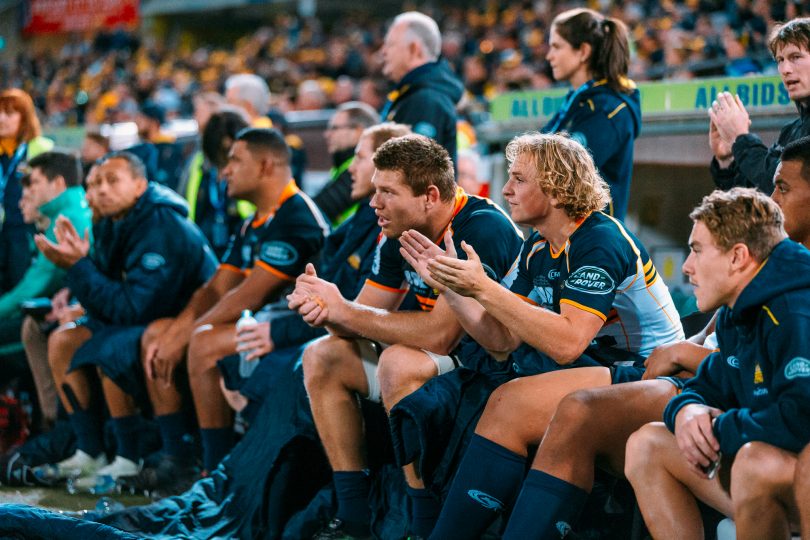 Should the Brumbies rest their star players as per Cheika’s request? File Photo.

Wallabies coach Michael Cheika has met with the Brumbies and the other Australian Super Rugby teams this week to discuss his desire for the sides to rest their star Wallabies during the 2019 season in the lead up to the World Cup next year.

A request like this is not an odd occurrence, with Cheika asking the Brumbies to rest three of their high-profile stars ahead of the test against Ireland earlier this year. The timing could not have been worse, with the Brumbies attempting to rebuild their crowd support after the second smallest crowd in the club’s history.

Now in the lead up to the World Cup next September, Michael Cheika reportedly wants the Brumbies to reduce the training and playing workload of its Australian stars by 20 per cent during the Super Rugby season and to give up ten days of pre-season training in January while Cheika runs a training camp.

Once again, the Brumbies are being asked to sacrifice themselves for the ‘greater good’ of the national side and rest star players throughout the season so they will be refreshed by the time the World Cup rolls around.

But what if the greater good is really not that good?

It would be a severe understatement to say that the Wallabies are in a spot of bother. They just finished their worst year since 1958. They are sitting in seventh place in world rankings. Their chances at the World Cup do not look promising.

If Dan McKellar agrees to manage the game time for their best players next season, as per Cheika’s request, where is the assurance that the Brumbies’ sacrifice will actually increase the chances of Wallabies’ success?

The Wallabies’ recent form does not fill me with confidence that a fresh Pocock, Alaalatoa and Sio will have any effect on Australia’s performance at the World Cup.

The Wallabies have been grouped with Wales, Fiji, Uruguay and Georgia in World Cup 2019. Should Australia progress out of that group (look, let’s not take anything for granted), they may clash with South Africa, England, France or, heaven forbid, New Zealand.

The Brumbies resting their Wallabies players in 2019 could just amount to offering players to a lost cause, and in the process, damage the aspirations of a side attempting a return to the finals after missing out last season for the first time since 2012.

I still support the Wallabies and will cheer them on in 2019 but more importantly, I want to see the Brumbies play good footy, have success and to see Pocock, Alaalatoa, Sio and Co. at the GIO Stadium every home game.

Personally, I can’t see how resting players for the good of the Wallabies is worth it for the Brumbies.

Tomorrow 10 Dec the RA board meets. Surely first item on agenda is to let Cheika go.

GET RID OF CHEIKA FFS

Brumbies are more popular than the current Wallabies

Cheika needs his head read. If he wants to kill off Australian rugby he is well on track. First have a national side that is an easy beat and then take the best players out of Super Rugby. What will be left to watch?

David Brown I think he’s successfully killed it already. It’s a sad state of affairs. They need to burn it to the ground and start again.

Kylie Wylie I am still hoping for a decent super rugby season.