There are signs of improvement in the ACT’s Emergency Departments and elective surgery performance but they remain thorny issues for the ACT Government and hospital management.

Responding to the latest Quarterly Performance Report, Health Minister Rachel Stephen-Smith said ED wait times continued to be a challenge and admitted that while progress was being made on elective surgeries, the government would not meet its target of more than 16,000 surgeries in 2020-21.

The latest Quarterly Performance Report shows patients are still spending too much time in the ED before being seen by a doctor. However, it says 46.5 per cent of patients received treatment within the clinically recommended time for their urgency (triage) category, up from 40.8 per cent in quarter 2, 2019-20.

Waiting times for Urgent, Semi-urgent and Non-urgent categories worsened in the second quarter, with patients waiting 58, 72 and 57 minutes respectively, up from 38, 49 and 40 minutes.

The main ED at Canberra Hospital took 75, 79 and 60 minutes to see patients in the three categories, again longer than in quarter 1, but better than a year ago when it was 85, 85 and 69 minutes.

The proportion of patients leaving the ED within four hours of presentation fell 3.3 per cent from 59.8 per cent to 56.5 per cent, but a year previously it was only 51 per cent.

More people did not wait to be seen than in the first quarter, almost doubling from 2.7 per cent to 4.9 per cent. In December 2019, that figure was 5.3 per cent.

“Compared with the same time from the previous year, presentations across our system were 6 per cent higher, but performance improved slightly with more patients leaving ED within four hours,” she said.

There was a nearly 10 per cent fall in the number of elective surgeries performed in the quarter compared with the previous one to 3,601.

But compared with the same quarter in 2020-21, elective surgery increased by 3.6 per cent. 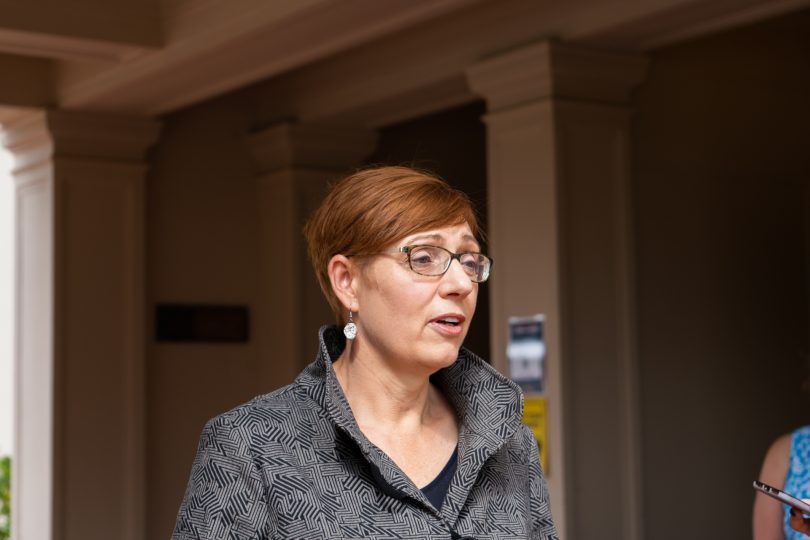 Waiting times improved slightly for Semi-urgent and Non-urgent surgeries from 68 and 291 days to 63 and 232 days.

A year previously, the waiting time for Urgent and Semi-urgent surgery was the same at 17 and 63 days but was only 187 for Non-urgent surgery.

The percentage of elective surgery procedures performed within clinically recommended timeframes improved in the quarter.

Ms Stephen-Smith said the government was making progress, helped by its $30 million investment to boost elective surgeries, outpatient appointments and medical procedures impacted by COVID-19 in 2020.

“At 30 June 2020, the Territory had 1,505 patients overdue and awaiting surgery. By 29 March 2021, only 151 of those patients remained on this list. However, we are still seeing the impact of COVID-19 on the overall number of people awaiting elective surgery and the total number overdue for surgery,” she said.

The Minister said that at almost 7,600, the number of elective surgeries performed in the first half of 2020-21 was a record and reflected incredible work occurring through a collaborative effort across both public and private hospitals.

But it now seemed unlikely that the government would meet its target of more than 16,000 elective surgeries in 2020-21 due to high demand for emergency surgery at Canberra Hospital and not enough capacity across the system.

There were 36,600 nurse-led Walk-in Centre presentations in the quarter, an increase of 52.7 per cent on the previous quarter, and 80.8 per cent of them received treatment.