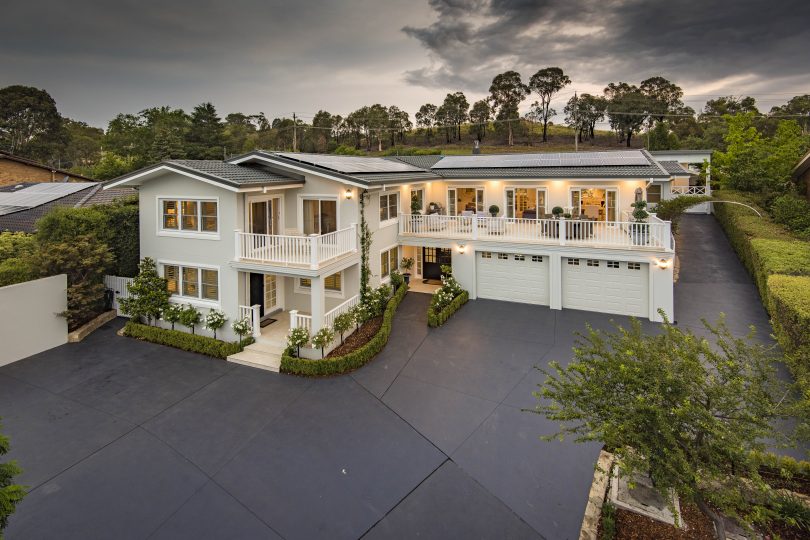 The two-storey, award-winning property has panoramic views across Weston Creek and the Molonglo Valley. Photos: Supplied.

A businessman and his interior designer wife, who won Home Beautiful Magazine’s home renovation of the year in 2014, have listed the award-winning property in Chapman for auction in March.

The owner of 25 Beaumont Close, Ben, says the renovation centred on the kitchen, with the aim to create more open-plan living.

“It made the house easier for the way we lived. We have done a heap of work to the house since 2014. That was a first step renovating the old house, which was built in 1974,” says Ben.

The previous owner built a super-solid structure and lived there for the remainder of his life. The current owners, who arrived in 2011, retained the integrity of the original building and ensured additions were equally as solid. 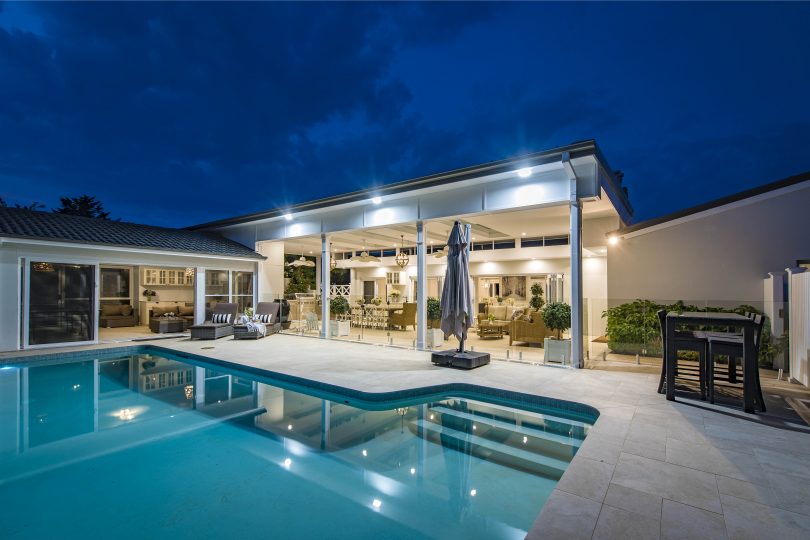 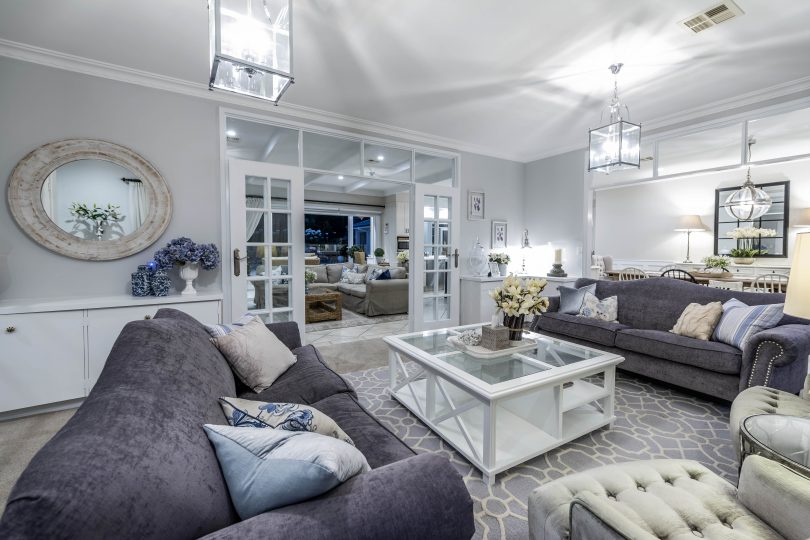 The 1672 square metre block, size of the home and a pool house perfect for entertaining prompted them to buy the property.

A well-appointed kitchen has an island bench, Miele appliances and a large servery window. Five of the six bedrooms are on the upper level. The master bedroom has a large walk-in robe and newly renovated ensuite bathroom.

Panoramic views sweep across Weston Creek and the Molonglo Valley.

The outside has been transformed. Garaging has been increased and access into the house improved. A welcoming alfresco area sits under a large pergola, lined and insulated with fans and skylights.

Ben says the difficult decision to sell came after the discovery of another family home near their children’s school in Belconnen, which they plan to transform as they did with their Chapman residence. “It is going to be mixed emotions on auction day, that’s for sure,” he says. 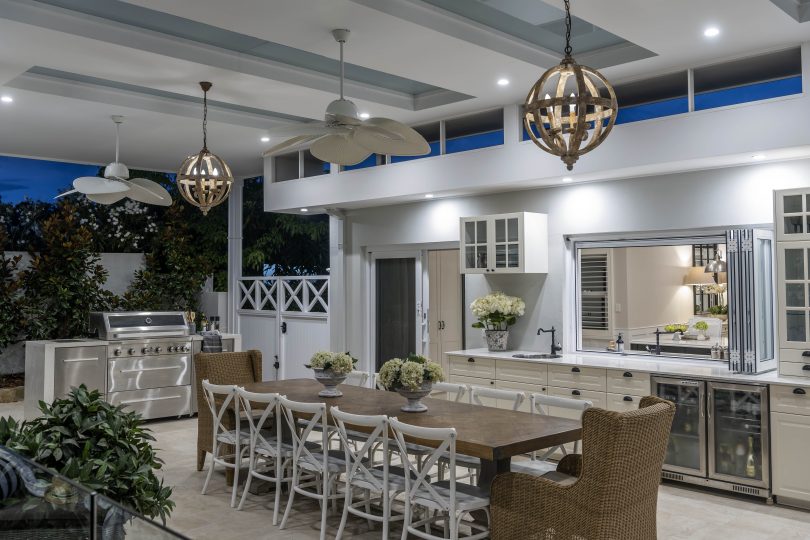 “The buyer profile was upwardly mobile families, many of them moving within a fairly tight radius, and some looking for value which they cannot find in inner locations,” Mr Chamberlain says.

“Chapman’s access to the city is easy. You jump on the (Tuggeranong) Parkway and you are close to the city, and it is close to Cooleman Court, where you can get anything you need. You can get to either north, south or east of there through excellent road networks.”

Backing on to Cooleman Ridge brings the home’s owners close to nature. “There is no through-traffic through that part of Chapman, it is only residential traffic. It is very quiet,’’ Mr Chamberlain says.

“It ticks all of the boxes. It faces north with a wonderful outlook, yet there is privacy.

“The gardens are well developed, I wouldn’t describe them as high maintenance. A kids’ playground at the back, cubby house and trampoline offer something for every member of the family.”

Mr Chamberlain says the owners have put their heart and soul into the dream home which has a sparkling, solar-heated pool. The air-conditioned pool house is well equipped for entertaining with a large oven and extensive cabinetry and stone benchtops.

Bidding is expected upwards to $2 million when 25 Beaumont Close goes under the hammer on Saturday, 2 March. For more information contact Andrew Chamberlain on 0412 411 422 or click here.