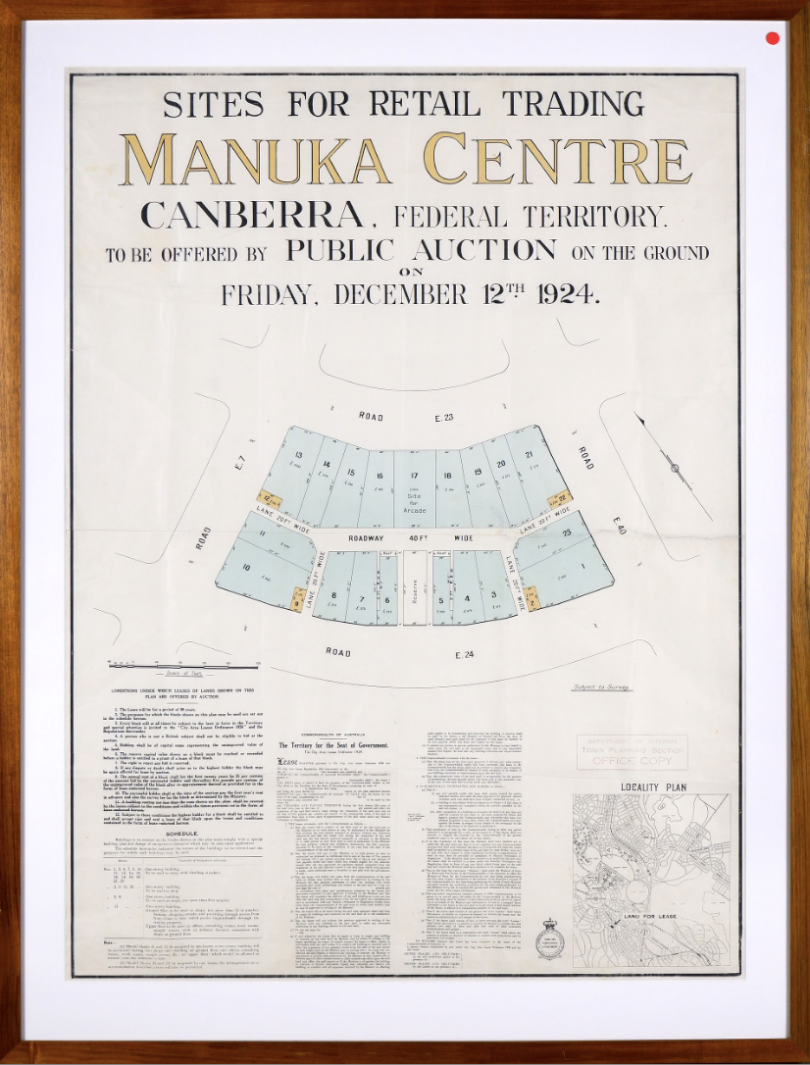 One of the historical items that was up for auction. Photo: AllBids.

“A slice of Canberra’s history is up for auction this week,” said the listing of historical items belonging to the ACT Government on the AllBids website earlier this week.

Bidding was strong for the 32 items until the ACT Government stepped in and halted the auction.

However, the items were deemed official ACT Government records and therefore could not be sold. The items were received by AllBids in November last year.

“A number of these assets have now been identified as possible Territory records, which are protected by the Territory Records Act 2002, and the items are not considered artworks or ephemera.

“Until we can ascertain which of the items are classed as Territory records, the items will remain the property of the ACT Government and cannot be offered for sale. We are seeking the withdrawal of these items at your earliest convenience,” Mr Simmons said in the letter. 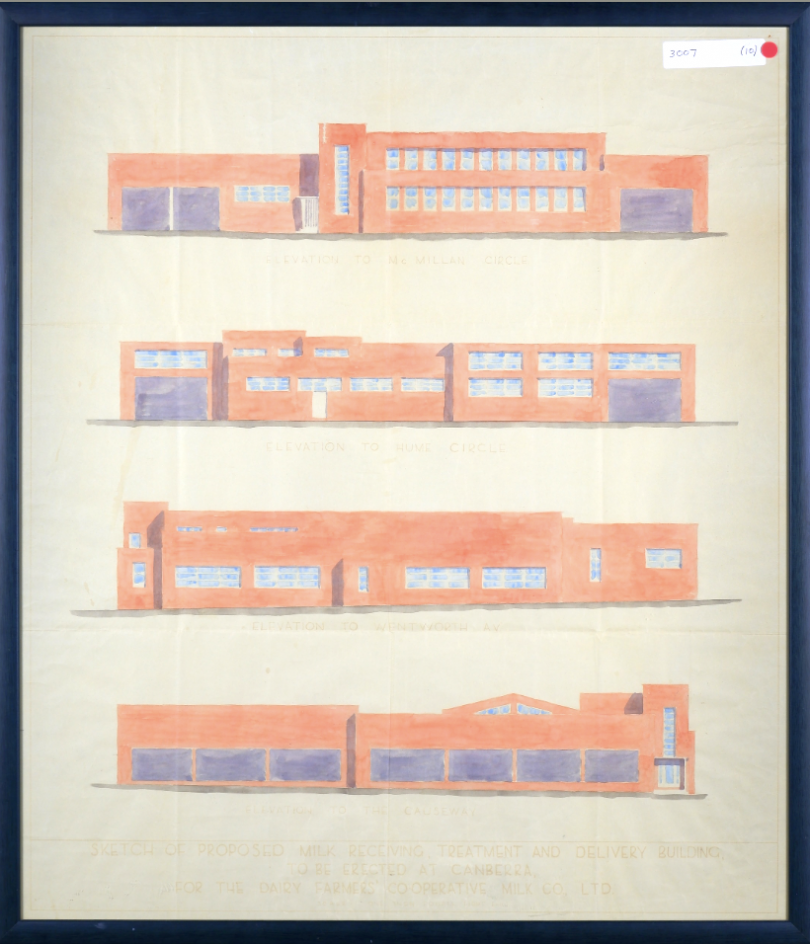 Original sketches of the Canberra Milk building at Fyshwick were part of the AllBids auction. Photo: AllBids.

AllBids chief executive Rob Evans told Region Media there was some very strong bidding on the items which were withdrawn from sale two days after bidding opened.

“There was high demand and there was certainly strong interest in these items,” Mr Evans said.

“We don’t withdraw any items from an auction, as it’s part of our terms and conditions that once you put an item up, you can’t withdraw or suspend it because it breaches faith with our buyers.

“In this instance, there was a legal requirement, and the ACT Government enforced that so it’s very rare that we withdraw items from auction.” 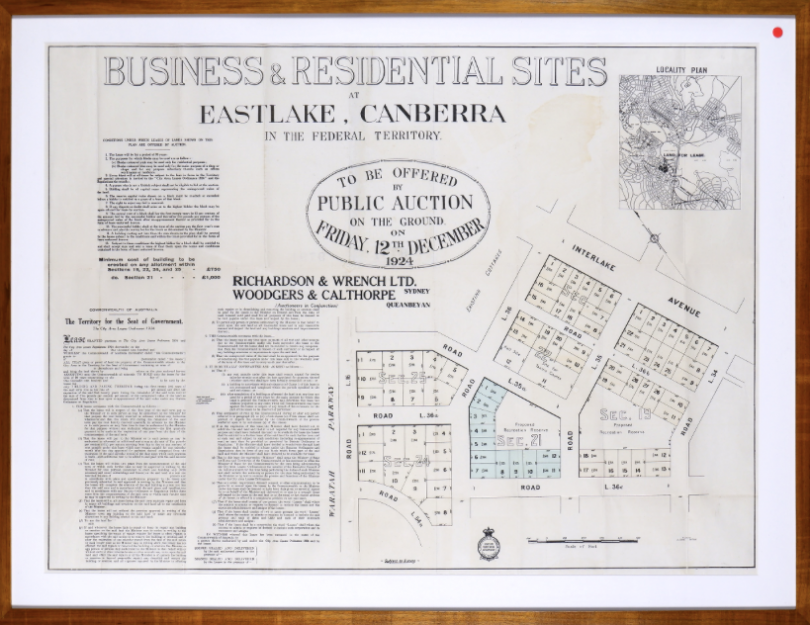 Plans for the Eastlake area from 1924 were also part of the AllBids auction. Photo: AllBids.

Some of the historical items included sketches of the Canberra Milk building in Fyshwick, plans of the retail trading centre at Manuka, business and residential plans for Ainslie and drawings signed by Canberra’s first architect Kenneth Henry Oliphant.

The items had been stored at Dame Pattie Menzies House and were being relocated to 480 Northbourne Ave.

One of the bidders for the items told Region Media she hoped the items would not end up collecting dust and would make a nice display for the public to see.

“Whoever thought that auctioning that stuff was a smart move is beyond me,” the person who preferred to remain anonymous, said. “You’d have to ask, what other heritage items are there lying about?”

An EPSDD spokesperson also said the Directorate is currently reassessing the materials that were sent to AllBids.

“This would have been the first time the Directorate has put items for sale on AllBids and was a one-time exercise due to the relocation to 480 Northbourne Ave. We are confident no items that could be deemed to be a Territory record have been sold.”