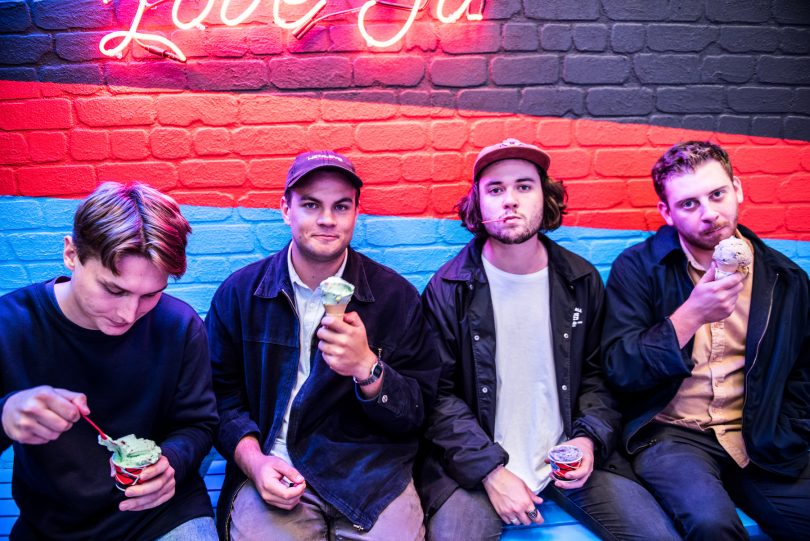 Adam Lindsay and his band Split Feed have fond memories of past visits to the capital.

“The Rubens had played there the night before and they hadn’t touched their rider,” he says of Split Feed’s last Canberra show. “It meant we had a ton of beers, a cheese platter, a fruit platter, a meat platter, and we felt like it would be really rude if we didn’t eat.

“That’s probably one of the weirdest show we’ve done. It must’ve been in the uni holidays, there was absolutely no one on campus, no one around. We played to these two other bands basically, there really was no one around.”

It’s not uncommon to hear about interstate bands playing to less-than-ideally populated rooms. “It’s the same up here,” he says, speaking of the band’s hometown of Newcastle. “It’s a uni town.”

One year on though, Split Feed has taken it all in their stride, and they’re part of a wave of Newcastle bands making the biggest moves of their careers.

“Bands like RAAVE Tapes, FRITZ, they’re doing great things and really blowing up at the moment. Vacations are another one – they’ve blown up in Europe and America in a weird way. Rum Jungle is really good. Craterface, he’s sort of a rapper, trap artist. There’s not much of that in Newie. He’s unreal.” 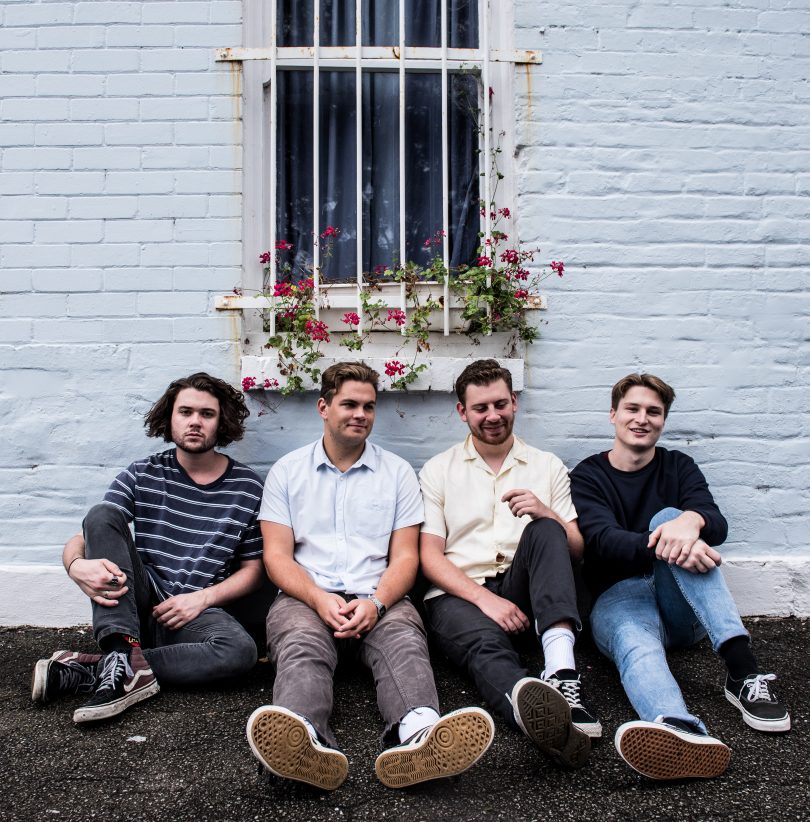 The past couple of years have been pretty massive for Split Feed, what with support slots for the likes of Luca Brasi, Skegss and British India as well as earning a place on the Groovin The Moo lineup in 2018.

“That was the highlight for all of us so far. We hadn’t done any other festivals. We were all really nervous backstage. The Dear Seattle guys were there, but we just looked at all the famous people from a distance and kind of hung around with the people we knew.”

“I think on the whole, when we were making it, we kept referring to everything as ‘uplifting punk'”, says Lindsay. “Pop punk is pretty aggressive, but it’s all about getting over things. ‘Dwell’ is about dwelling on something, but it’s also about getting through it and moving on. 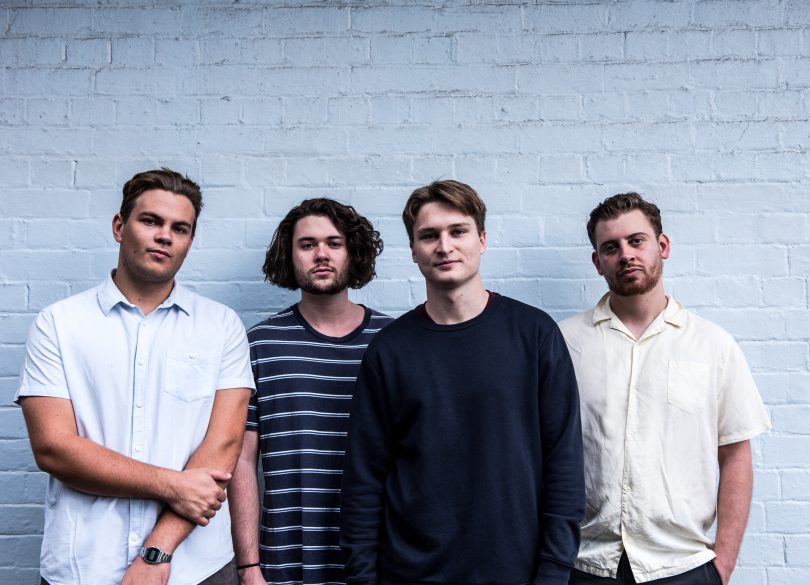 Split Feed is set to play at Transit Bar on December 6.

“‘Bruises’ is sort of about overcoming obstacles and trying to be stronger than you really are, putting on a brave face.”

The EP also saw the band taking on new and unexpected musical influences, bringing a lighter tone than they had in their earlier work, like relentless 2018 single ‘Homesick’.

“I think we definitely felt like ‘Homesick’ was coming more from those heavier influences. We wanted the EP to be a lot brighter, something that everyone can kind of get their head around. Our sound kind of changed drastically for this EP. I think we’re going more pop-punk rather than the harder stuff.”

Split Feed are playing shows up and down the east coast this December, sharing the EP with new audiences and celebrating what’s been a huge year of growth for the band.

Andrea Mya Riboust - 46 minutes ago
Matt the former I assure you 😄 View
The Martini Whisperer - 3 hours ago
Lucky they’re weren’t in Texas. View
HiddenDragon - 5 hours ago
So the Big Merino will be the command HQ for Gilead Down Under - and they said it couldn't happen here......... View
Food & Wine 12

Sam McCracken - 4 hours ago
Lea Powell agree to disagree then. We clearly see this from 2 different points of view, but if you re-read your comments you... View
HiddenDragon - 6 hours ago
Based on some of the apparently well-informed comments here about ACT public housing policies, it is truly fascinating to see... View
Lea Powell - 8 hours ago
Alicia Boardman exactly! View
Opinion 12

Julia Piccoli - 13 hours ago
TBH it’s all inane noise. The music. The ads. The ‘presenters’. They don’t value add to my life. Therefore audiobooks... View
What's On 1