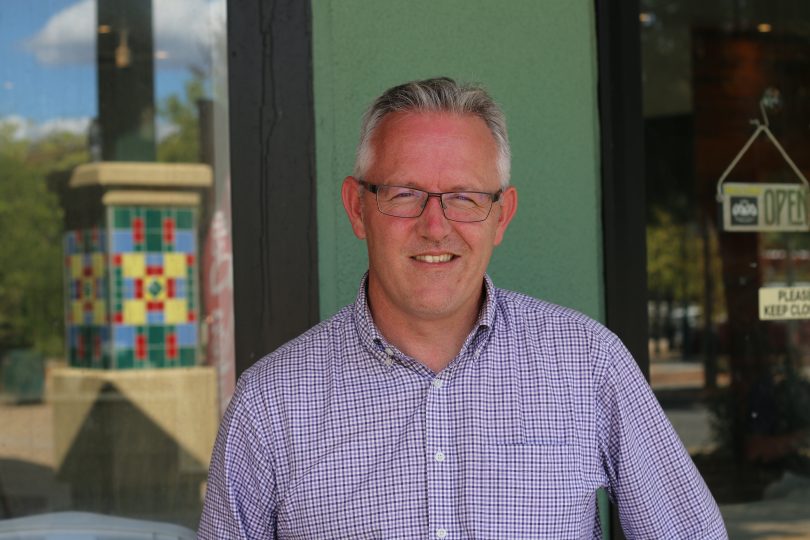 The leaders of Canberra’s struggling national cultural institutions may have thought relief was in sight when the bipartisan report Telling Australia’s Story was handed down 15 months ago but little has changed, apart from a half a billion dollar pledge to the Australian War Memorial to pay for its ambitious redevelopment plans.

While that favoured institution has benefited from government largesse, others such as the National Gallery continue to have to cut staff or, like the National Archives, cannot perform their roles properly due to a lack of resources, particularly in the digitisation of material.

This has prompted the Labor Member for Bean, David Smith, who as a Senator participated in the parliamentary inquiry into Australia’s national institutions, to write to the Prime Minister urging him to respond to the report’s recommendations.

Mr Smith says this includes a critical finding on the disproportionate impact of the efficiency dividend on the national institutions which, with the average staffing levels cap and the inefficient use of temporary labour-hire arrangements, is having a negative impact on critical skills and staff retention.

The letter also highlights that the National Archives may lose more than 100,000 hours of magnetic tape records because of a lack of resources.

”It should never be the case that a nation such as Australia is wilfully deciding to discard some of its history,” Mr Smith said in a statement.

“There is an absolute need for an immediate, coherent whole-of-government approach to digitisation of analogue audio-visual items across all the collections by 2025.” 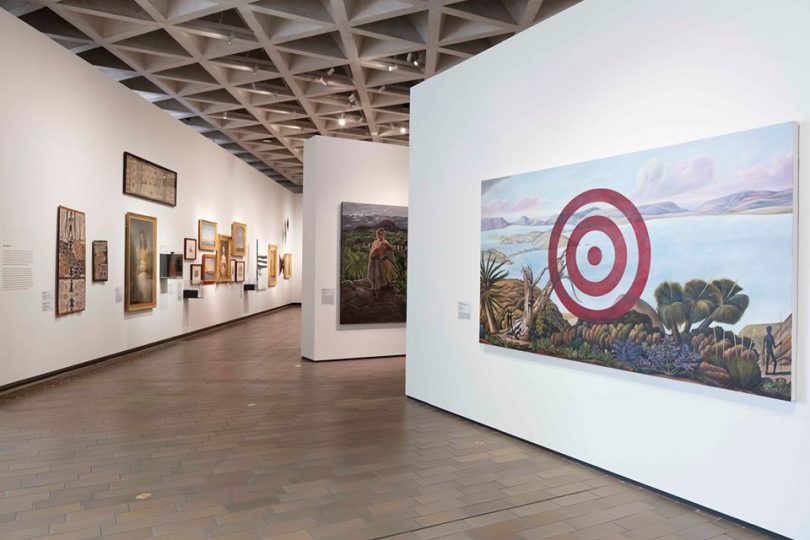 The National Gallery of Australia is facing a 10 per cent cut to staff. Photo: NGA.

Mr Smith also told the Prime Minister that the National Gallery was expected to lose 10 per cent of its workforce and the National Library had modified its collecting strategy to remove Japan, Korea, Thailand, Laos, Cambodia and Myanmar from its list of priority countries for its world-class Asia Collection.

Other national institutions did not have permanent homes or premises that suit their requirements and there was a pressing need to coordinate and develop a shared collection storage facility, he told the Prime Minister.

He stressed in the letter that the 2019 report was built on some 83 submissions, several public hearings with witnesses from every major cultural institution and first-hand visits by committee members to many of the institutions.

Mr Smith told the Prime Minister that the Committee chair Liberal Ben Morton noted in his foreword to the report that there was support across the political spectrum for the report’s conclusions and recommendations.

”Unfortunately, 15 months on from the tabling of the report the Government is yet to respond to its recommendations,” Mr Smith wrote.

“Given the challenges face by our national institutions, this is very disappointing.”

Mr Smith told the PM that many in the ACT community were frustrated with Government Ministers talking about ‘plans’ but not actually delivering the resources to develop, fund, and implement a sustainable future for these ”wonderful national resources that tell our Australian Story”.

”There is no doubt that it is time to invest in both the people as well as the physical collections and infrastructure of the national institutions,” Mr Smith said.

As a submitter to the inquiry I kind of got the impression that its main agenda was to boost tourism to Canberra and that is kind of off the agenda now.

Elizabeth Woods - 2 minutes ago
Barb Campbell excellent observation, Barb View
Acton - 59 minutes ago
Those who habitually malign any local residents who oppose the removal of green spaces as NIMBYs should volunteer to have the... View
Barb Campbell - 1 hour ago
When will 1st world countries realise that segregating older people from other generations and their family is a one way to t... View
News 67

Andrew Shaun - 20 minutes ago
Reckon you’ve probably got to question whether the PTA is at the end of the line. Their inability to influence the shambles... View
Ash Zubowicz - 22 minutes ago
Rolando Ochoa I feel like it should be a fast rail link Melbourne - Canberra - Sydney - Brisbane. Would connect the whole Eas... View
Caleb Ip - 22 minutes ago
Maybe we may have to wait for few more years. Due to the size population, I wish there would be a maglev train that few pax t... View
Opinion 187

Naomi Breasley - 41 minutes ago
Sounds teriffic, It will never happen too many Kevin's & Karen's. People's reaction to Summernats is a clear indicator of som... View
Barbara Boswell - 11 hours ago
Definitely hope so. Love V8s.... View
Opinion 1

Capital Retro - 1 hour ago
The current ACT government has spent a fortune on Manuka Oval especially to promote AFL in Canberra and continues to pay GWS... View
Community 10

Susan Moore - 2 hours ago
This is a good news a story 😊 View
Nola Scheele - 9 hours ago
I think there were too many onlookers and he was scared, that might have been why he was jumping back in. Well done to the re... View
Josie Conlan - 11 hours ago
What a beautiful act of care an kindness... View
News 11

Acton - 2 hours ago
No way. The removal of civil liberties and everyday freedoms is too high a price to pay. A democracy is not compatible with a... View
Business 1

Acton - 3 hours ago
The ATO should expect to collect less tax this year because of falls in income and dividends. There will also be delays in su... View
News 22

Carl Ostermann - 11 hours ago
In the nineties, it was adventurous gnomes sending their owners... postcards from all over the world View
News 33

Did anybody seriously believe that the ACT lockdown would not be extended this week, with cases oscillating between the mid-teens...
News 67

@The_RiotACT @The_RiotACT
Twenty-six years ago, it looked like the #ACT might be the new home of the financially troubled Fitzroy Football Club. It wasn't to be, and according to Tim Gavel, if the #AFL expands, Canberra's probably going to be overlooked again https://t.co/420JiLATWd (2 hours ago)

@The_RiotACT @The_RiotACT
Easily accessible on the edge of Canberra's northeastern suburbs, Mulligans Flat Woodland Sanctuary is a popular refuge for walkers keen to spot an echidna or three https://t.co/8g9q2757Yv (12 hours ago)

@The_RiotACT @The_RiotACT
Some of your favourite eateries are still churning out the #classics, and as Michelle Taylor discovered, some have become a bit more creative during #Lockdown 2.0 https://t.co/yE0hmPi0IC (13 hours ago)