We know Canberra like
our own backyard, because it is
Get the home advantage
1 August 2020 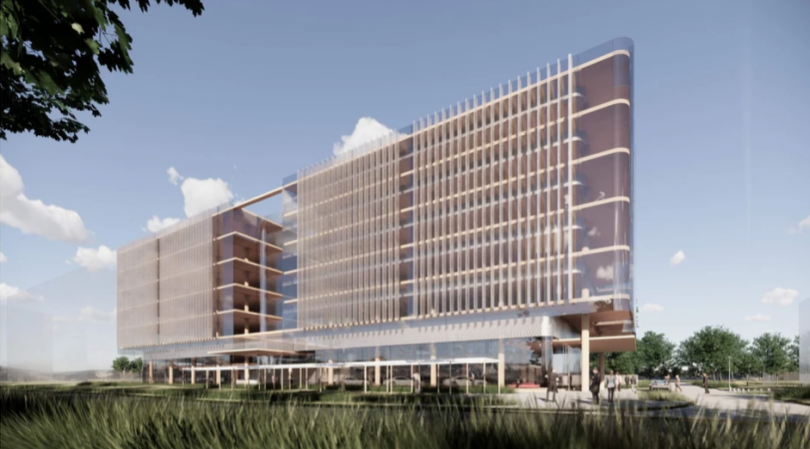 Johnny Roso’s Art Group has opened public consultation on plans for a seven-storey commercial office building in the middle of its massive mixed-use Soho development on Northbourne Avenue in Dickson.

Located in Precinct 3 of Soho, between the multi-unit residential and aged care development proposed to the north of the site and the adaptive reuse hotel development to the south, this development will provide medium-scale office accommodation and opportunities for ground-level commercial uses, the website says.

The long, narrow building will include a ground floor lobby, gallery and cafe space, designed around a central atrium reaching to the full height of the structure.

The project website says the building will feature an exposed structural grid and vertical sunshades across the length of the Northbourne Avenue facade. 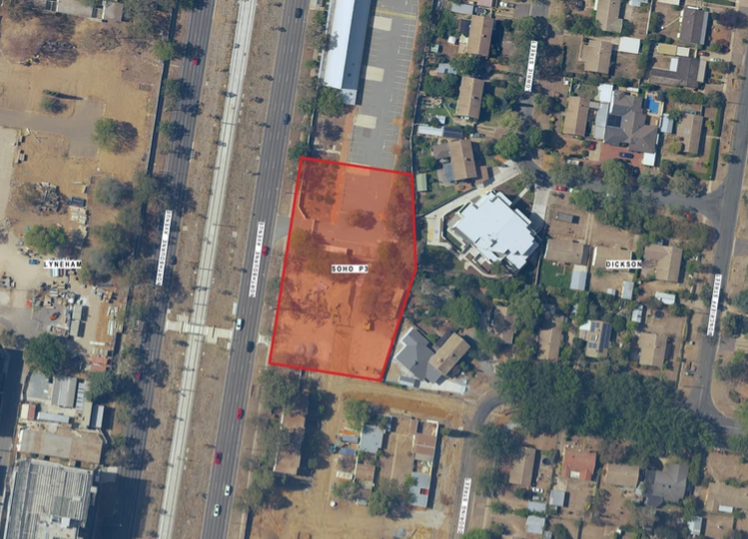 The site on Northbourne Avenue is in the middle of the Soho development area.

”The design responds to the narrow geometry and north-south orientation of the site, configured into a northern and southern wing arranged around the central atrium space that allows natural light to penetrate across each commercial floor level,” it says.

”The upper levels float above a double-height ground plane that is highly permeable and accessible, and the central atrium and service core provides a strong sense of address and a focal point for the building.”

Art Group says the building has been designed as the commercial offering within the vibrant mixed-use Soho precinct that incorporates heritage and landscape values but also reflects the contemporary design and amenity aspirations for the City and Gateway Corridor.

The three-hectare Soho site will retain a number of heritage buildings across the site, which the developer will restore. 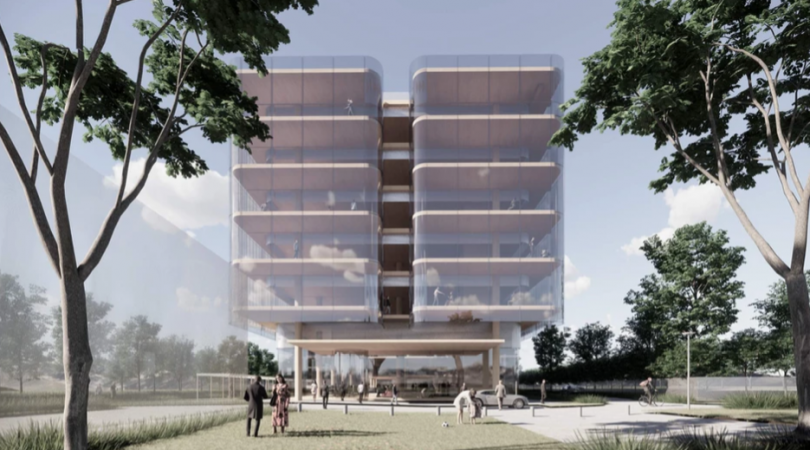 Soho will also include the Mulberry residential development, now taking shape in the south that will offer more than 400 units across six buildings, the refurbished heritage-listed Dickson Flats and the re-purposed as offices Dickson Towers, which will be incorporated into another residential stage in the north comprising two nine-storey buildings housing more than 140 units.

Designed to be an urban cultural hub, Soho’s residential area will be set within a hospitality precinct to be known as Soho Gardens, and have extensive landscaped green communal areas.

Mr Roso paid $40 million for the site in 2016 as part of the ACT Government’s sale of land along the Northbourne the corridor, driven by the light rail project and its urban renewal plans.

The site was previously home to the Dickson Towers and Karuah public housing blocks, as well as the tourist information centre. It extends south from Morphett Street for about 500 metres.

Art Group will hold an information drop-in session for interested community members ahead of its development application.

The session will be held on Tuesday, 11 August between 5:30 pm and 7:00 pm at the Pavilion on Northbourne in Dickson. 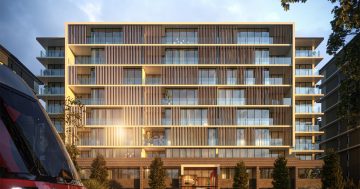 Back to the Bauhaus for Mulberry in the Soho precinct