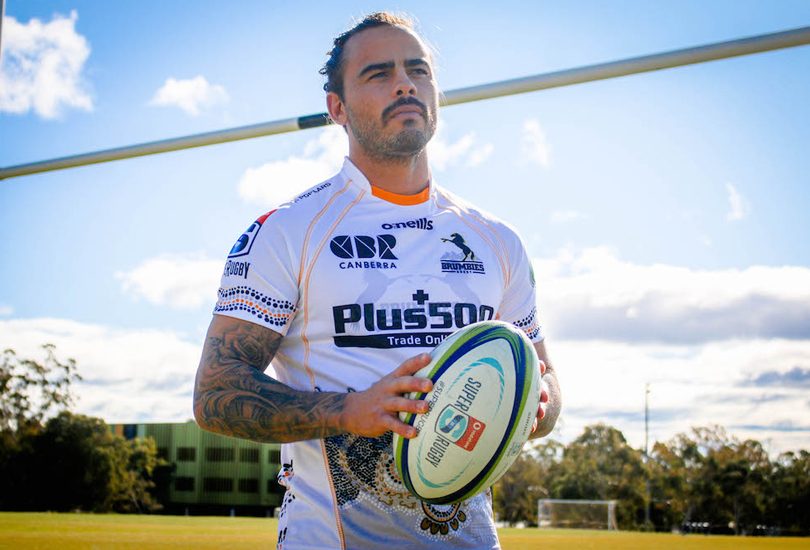 The Brumbies will recognise the club’s rich cultural diversity by wearing their first Indigenous jersey against the Queensland Reds at Canberra Stadium on 1 August.

“Being Indigenous myself, it’s pretty special. Hopefully, I get an opportunity to wear it on the field but if not, I know the boys will be happy wearing it and pretty proud to represent myself and the Indigenous community,” he said.

The design was created by Ngunnawal man Budda Connors and has previously been displayed on the Brumbies’ captain’s run jersey. It features the region’s Brindabella Range and hooves of wild brumbies merging into footprints of current and previous Indigenous players who are represented by ‘U’ shapes around a circular meeting place.

The club first incorporated Indigenous designs into their training kit in 2018 as part of their Reconciliation Action Plan, while a Pasifika-inspired jersey was worn against the Reds last year. 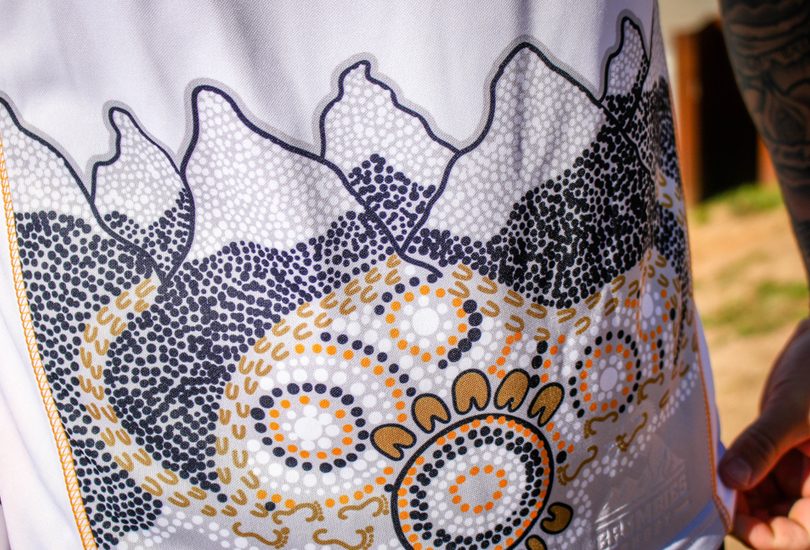 “We’ve got a really diverse group here and something we do well is recognise that with the likes of the Pasifika jersey and this Indigenous jersey, they’re always special weeks,” Muirhead said.

“Obviously we’ve seen it before in our warmup jerseys and now we get to wear it in a game and hopefully our loyal spectators get around it and enjoy it as much as us as players wearing it.”

The Wallabies, Waratahs, Reds and Rebels have worn Indigenous jerseys in the past, but the coronavirus-enforced cancellation of the regular Super Rugby season meant it looked like the Brumbies would have to wait until next year to join them.

“At the start of lockdown we weren’t sure if we were going to be able to wear this jersey in 2020 so to be able to know we will is really exciting for everyone in the squad,” Muirhead said. 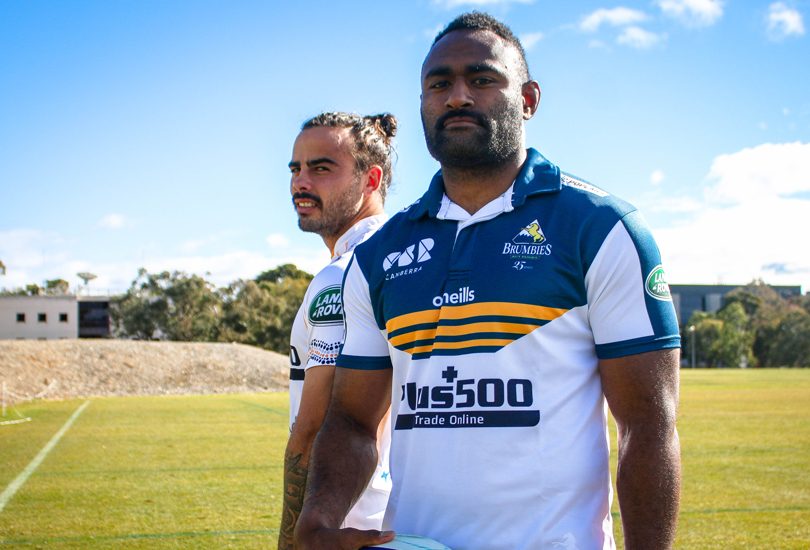 The Brumbies have also launched a retro jersey to celebrate 25 years since their inaugural season in 1996. The club’s original logo and a traditional collar feature on the familiar design.

‘Obviously that jersey goes back a fair distance. It’ll be nice to hopefully get an opportunity to wear it; that sort of style looks pretty good,” Muirhead said.

“Hopefully they’re not as baggy as they were back in the day.”

In the interim, the Brumbies will look to continue their undefeated start to the Super Rugby AU season when they take on the Western Force at Sydney’s Leichardt Oval on Saturday. It’s the first meeting between the sides since the Force were controversially axed from Super Rugby in 2017.

Scrumhalf Issak Fines will line up against his old side for the first time after a stint with the Perth side in Global Rapid Rugby and the National Rugby Championship.

The former Gungahlin Eagle starred on debut for the Brumbies, scoring a late match-winning try against the Waratahs.

Former Brumbies Ian Prior and Nick Jooste are available for the Western Force.

Glenn Hayman - 13 minutes ago
Kathleen Beck who's complaining? View
Kathleen Beck - 5 hours ago
All fun complaining until you need police. View
William Vass - 10 hours ago
Don’t show up for a break-in but worry about scooters. What’s wrong with policing in the ACT??? View
Opinion 86

Rhiannon Davis - 46 minutes ago
Then you won't need anyone! View
Rhiannon Davis - 47 minutes ago
JeeKay Dee let me give you a fitted sheet tutorial soon, I fold them into nice flat rectangles on my own. View
Thom Vaan - 2 hours ago
Adam Angel Christine Cotter look it’s us! 😂 View
News 1

Of all the legislation that the Morrison Government has decided to prioritise, its voter identity bill is arguably the least...
News 91