Stop thinking about it and just do it, says Yass tree-changer 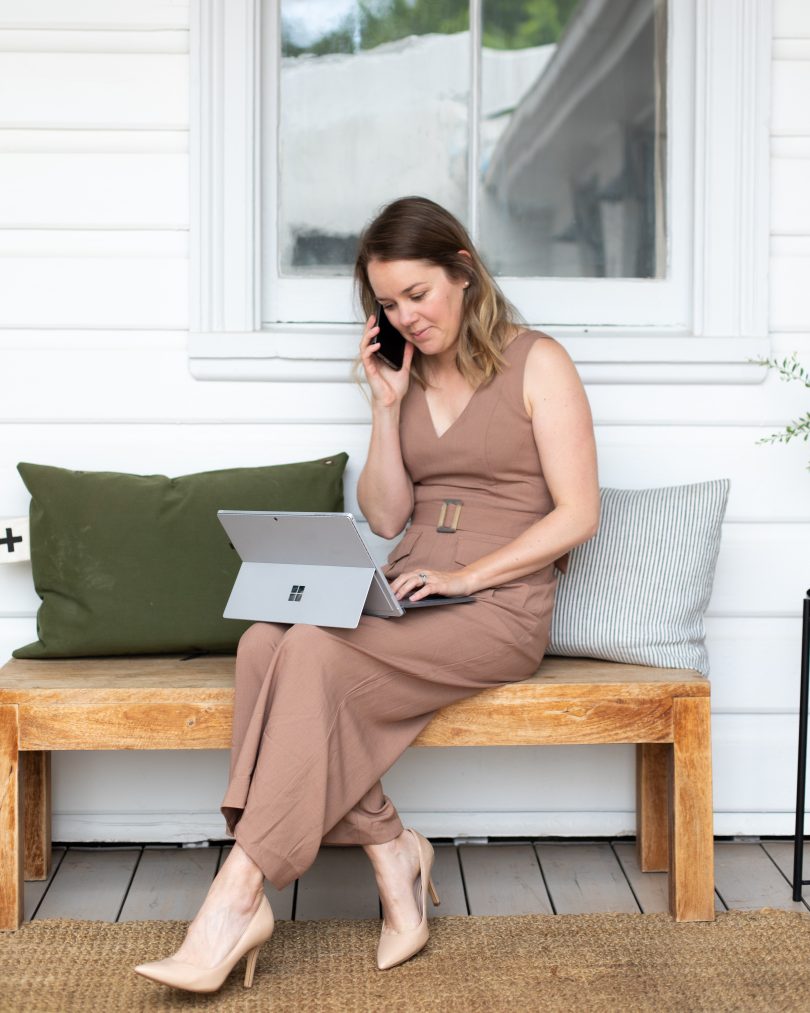 Founder and director of Country to Coast EA Carly Hartas can work virtually anywhere – from the verandah of her Yass Valley home to the heart of the city. Photo: Supplied.

When you marry a cowboy, you can only keep them living in town for so long … and when you add paying city prices for horse agistment, you know your time in the city is limited.

Carly Hartas, her husband Matt and son Max are part of a new breed of tree-changers moving to towns like Yass where, they’re discovering, they can have the best of both worlds.

And Carly, formerly of Canberra, could not be happier.

You can spend months or years weighing up the pros and cons of moving from city to country – be it the Olympic-style leap from Sydney to Canberra or the less intimidating jump from Canberra to Yass, but you just have to do it, according to Carly.

“I suppose everyone had this romantic idea when they were growing up of moving to the country,” she said.

“Mum and I used to go sticky-beaking and visit country gardens. I wanted to live in one of those romantic old houses with a country garden. I was living in Canberra and I loved it – and probably wouldn’t have done the tree-change if I hadn’t met my husband. I love horses, but he’s the real rider – he does polocrosse.

“It was one of those cold winter days in Canberra, our son Max was about three months old. I’d never been out to Yass before but we went out that day – a friend had told us about this land across the road from them.

“I remember standing on the gate out there and thinking, this feels good – let’s do it.”

So they did. Tree-changed across the ACT border to the Yass River Valley in 2018.

“We did what people tell you to do – when you find the best place, buy the cheapest block and put the cheapest house on it. ”

For Carly and her family, it was a near-immediate connection with the place and its people. This idea of connecting is the basis of her new life in Yass.

It used to be that to stay ahead of the competition in business, you needed to stay in the city, with access to the latest technology and a network of people who could help your business prosper. Not so much, any more. Internet access and a mobile phone – and, of course, personal connections, can do the trick, regardless of where you live.

Carly is founder and director of Country to Coast EA. She describes herself as a “virtual Executive Assistant” providing administrative support to businesses great and small. 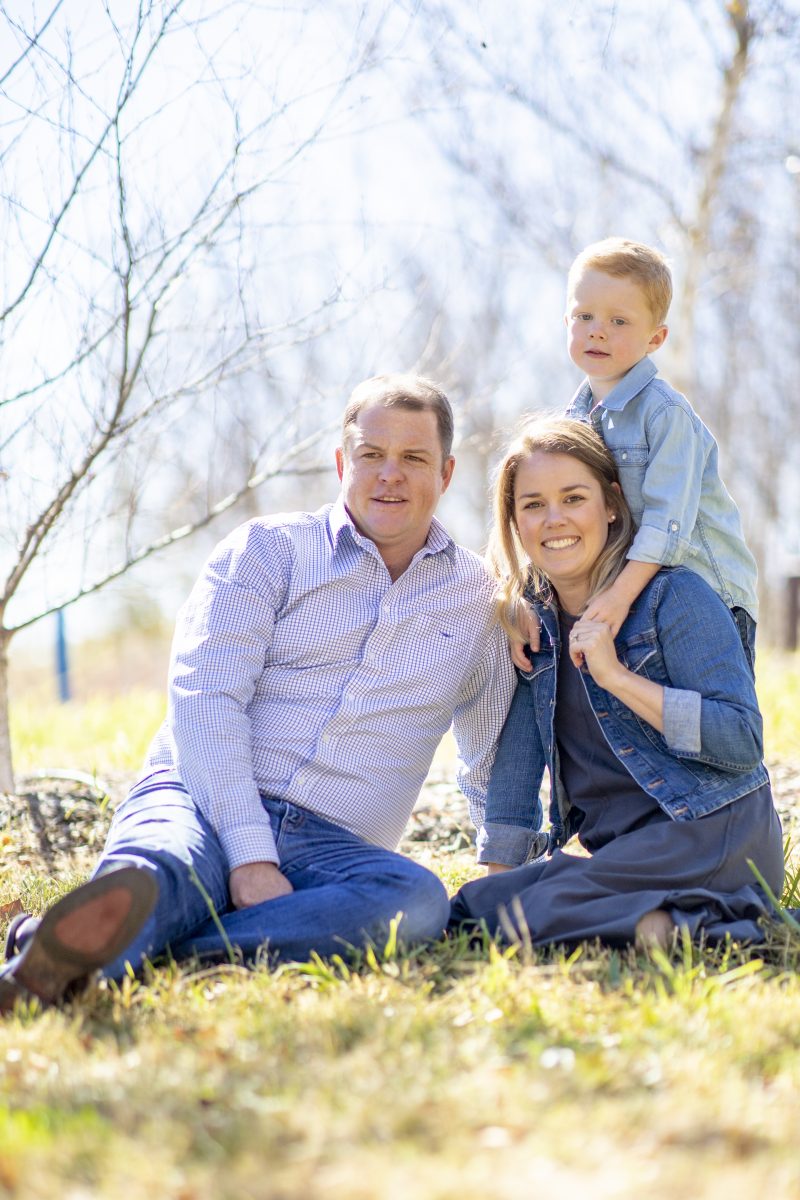 Carly Hartas with her husband Matt and son Max couldn’t be happier after making the tree-change from Canberra to Yass. Photo: Supplied.

“You spend so much time working these days,” she said. “It’s so important to find something that works for you.”

She works as an online business manager, strategic consultant and, she says, “your regional business’s biggest cheerleader” when it comes to helping build, streamline, scale up, better balance and/or launch that dream business.

So how does she do it?

“I have over 10 years’ experience in senior Executive Assistant (EA) and Executive Officer (EO) roles in the Australian and British Governments as well as in the private sector, including as EO to the British High Commissioner and most recently, EA to the British Consul-General and Deputy Trade Commissioner.”

Today, she helps business people across the country who want to boost their careers as well as mentoring and upskilling their existing administrative staff.

The key to success is “networking” and to “start small”. Having faith in yourself also helps, she says.

“Yes, do start small,” she said. “But work on making yourself visible – that way you will become your biggest cheerleader and that’s how you get things done.”

With Country to Coast EA in Yass, Carly can work from home as well as from wherever the work takes her.

“For us now, Yass is like a big, warm hug,” Carly said. “Every Saturday morning we go into town, we’ll stop at the markets if they’re on, or just stop and say hello to people – there really is a sense of connection here.”

Carly is a member of the Yass Valley Business Chamber, a community group designed to help local businesses maximise their potential by working to create a better environment in the rapidly growing Yass Valley.

chewy14 - 5 minutes ago
Even though I don't agree with the proposal, your example it not close to being a good comparison. You eating yourself to dea... View
chewy14 - 7 minutes ago
No point now, our Vax rates are too high to make it worth the effort. View
Fred Colon - 53 minutes ago
Absolutely and it's a great thing. But it is ne in a hundred - over 12. View
News 43

Renea Hazel - 9 minutes ago
Judith Devitt he is an excellent school principal, this is disappointing :( View
Justin Watson - 18 minutes ago
Mat Lenaghan Equally where is the scientific data on the long term effects of Covid? The risk is still greater that covid wil... View
Kieran Angus - 54 minutes ago
Rade Kosa yeah and? We get boosters of a bunch of vaccinations? Tetanus is a good example. View
Sport 132

Alan Vogt - 26 minutes ago
I have travelled and raced at a good number of mountain bike destinations in British Columbia (including Squamish, Whistler,... View
Jim Reid - 2 hours ago
ACT Govt doesn’t need any more $$ they’re literally the worst financial managers and they wouldn’t be transparent as to... View
Graham Smith - 2 hours ago
Michael good suggestions. Another consideration is certainty that the revenue from pay parking is well and truly sufficient t... View
Community 24

Lindi Loo - 2 hours ago
Are these two 'paid actors'? If not, they should be! Brilliant 😂👏... View
Emily O'Shea - 2 hours ago
Jen O'Shea watch the video in this View
Shannen McCann-Geiger - 3 hours ago
The wife looks super happy to be there View
Lifestyle 10

UPDATED 5:40 pm: More COVID-19 restrictions are set to be eased after the ACT reached the crucial 80 per cent fully vaccinated...
News 43

An ACT public school principal has come out against the ACT Government's COVID-19 vaccine mandate for teachers in a Facebook...
Best of Canberra 197

@the_riotact @The_RiotACT
Former #gambling addict Markus Fischer used to win big, but then he began chasing his #losses and his life spiralled out of control. Now reformed, he's encouraging others to seek #help during Gambling Harm Awareness Week https://t.co/fzdCR1Zec7 (59 minutes ago)