Student artists ‘Step into the Limelight’ once more 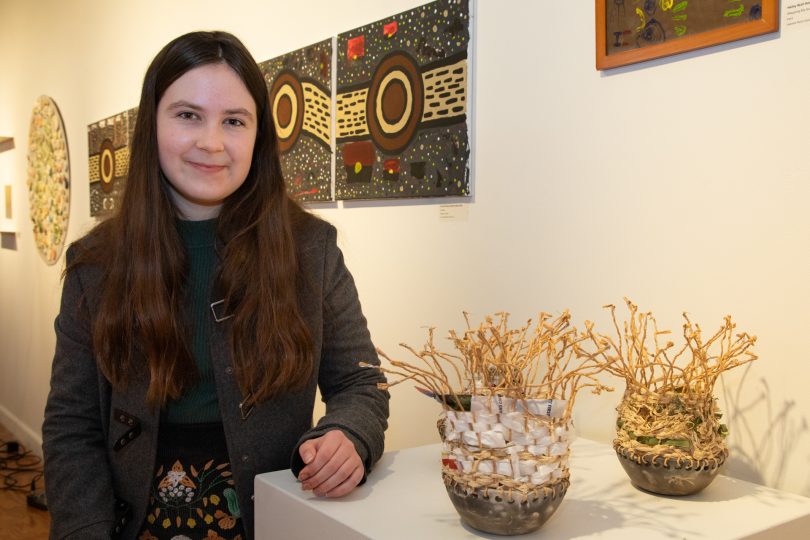 Erin Smith with her work of art at the 2021 Step into the Limelight Art Exhibition. Photo: Michelle Kroll.

Student artists from kindergarten to year 12 have leapt at the chance to Step into the Limelight and have their work exhibited as part of the annual major visual arts showcase event for ACT public schools.

For Canberra College student Erin Smith, the exhibition was the exciting culmination of more than seven weeks’ work.

Erin says she’s often influenced artistically by the fascinating beauty of nature and the world around her, but that it came across differently in this particular piece of work, which incorporates plastic as well.

“I focused on the impact pollution has on the environment because I take so much inspiration from nature, to think how badly it’s being hurt by us is quite painful,” she said. 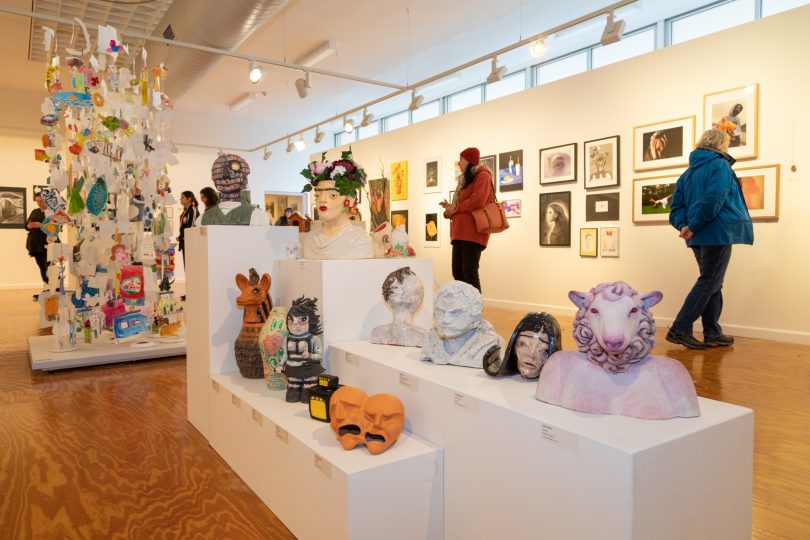 The exhibition highlights artworks of all kinds from the ACT’s youngest. Photo: Michelle Kroll.

She was initially exposed to ceramics in high school and later took a course to learn more and further refine her skills.

Now at college, she says she’s lucky enough to have all of the equipment needed to do her big work – although that’s not to say that it didn’t require her staying back after school to get all of it done.

Step into the Limelight coordinator Renee Newton has been on board for around three years. She says it’s particularly poignant to see all of the works displayed in a gallery in 2021 after last year’s virtual event.

For Renee, one of the nicest elements of the program is the fact that students of all ages are invited and encouraged to participate.

“We have kinder students’ works of arts hanging next to year 12 students’, so to see that progression is lovely,” she said.

She explained it’s also important to show students that they can have a career in the arts. 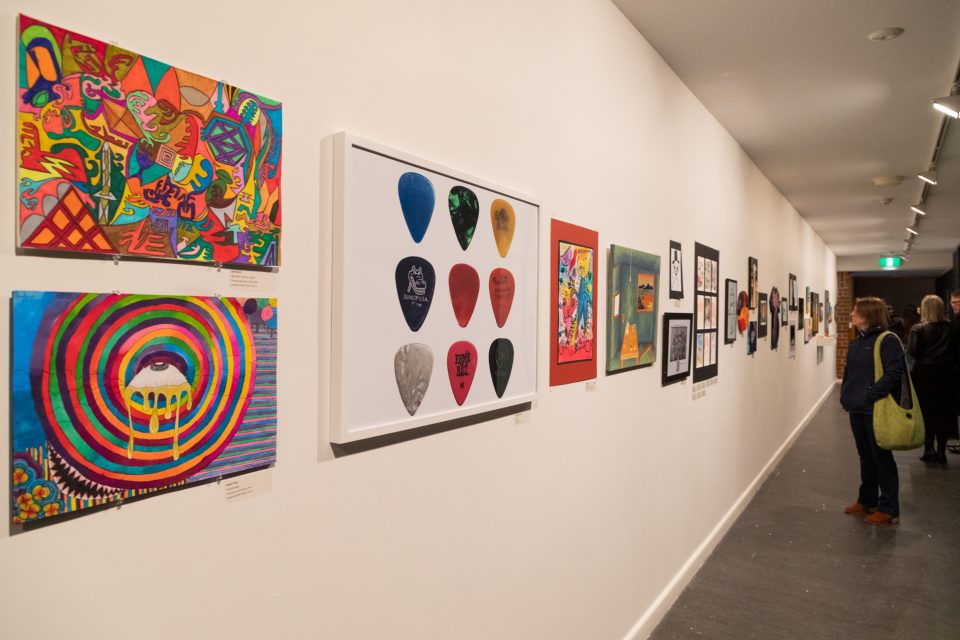 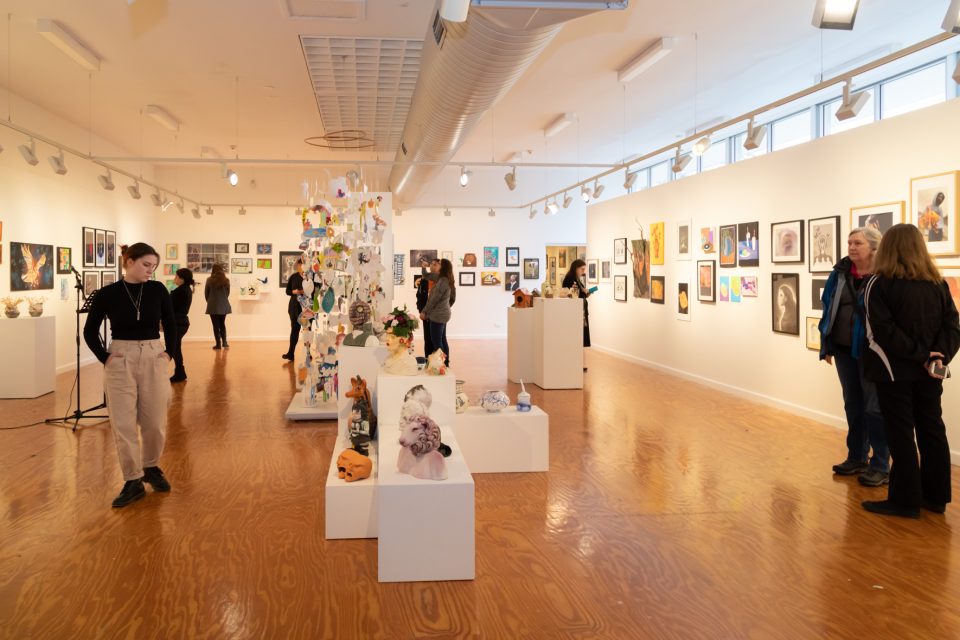 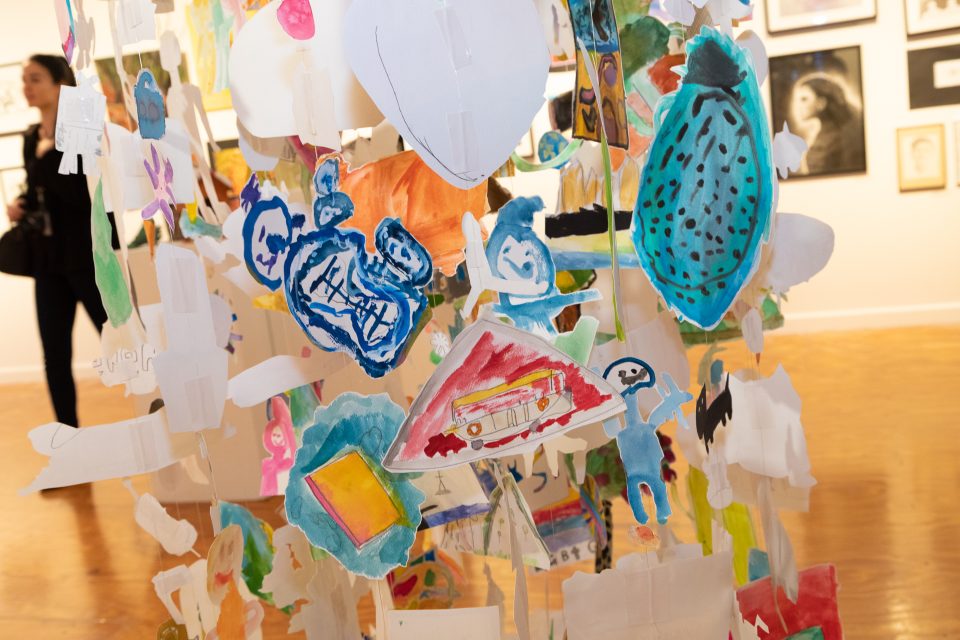 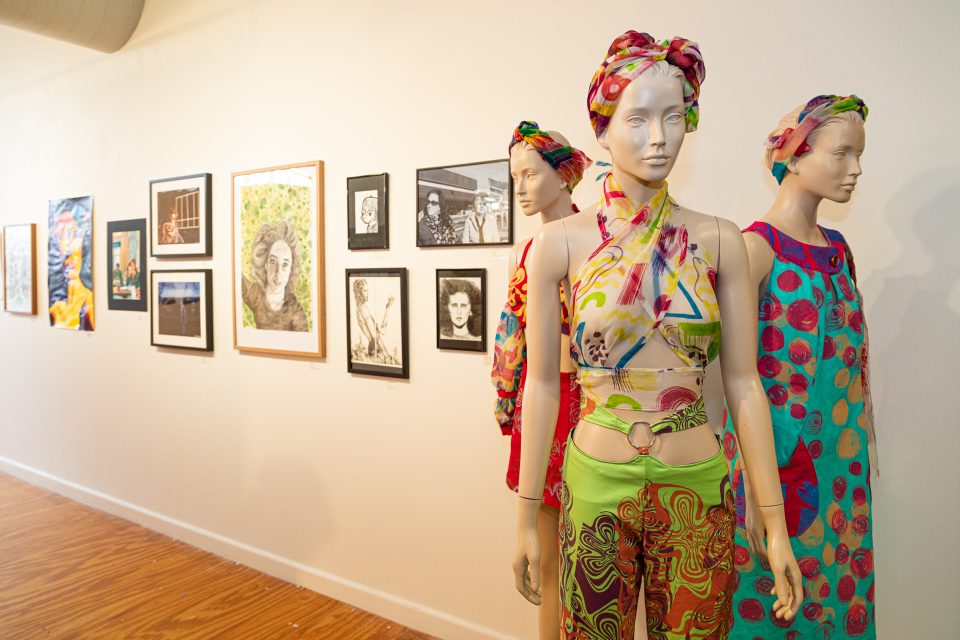 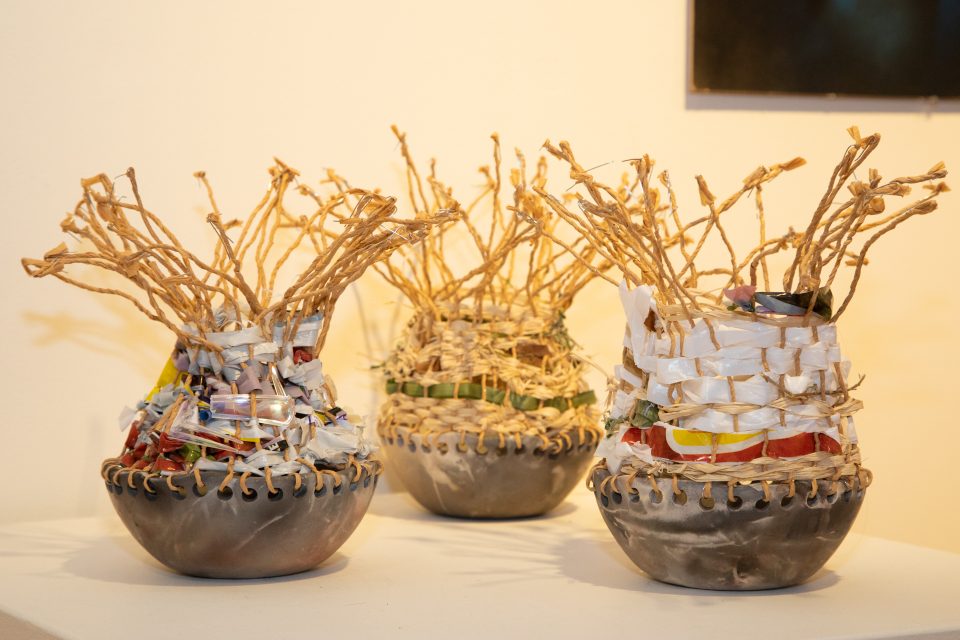 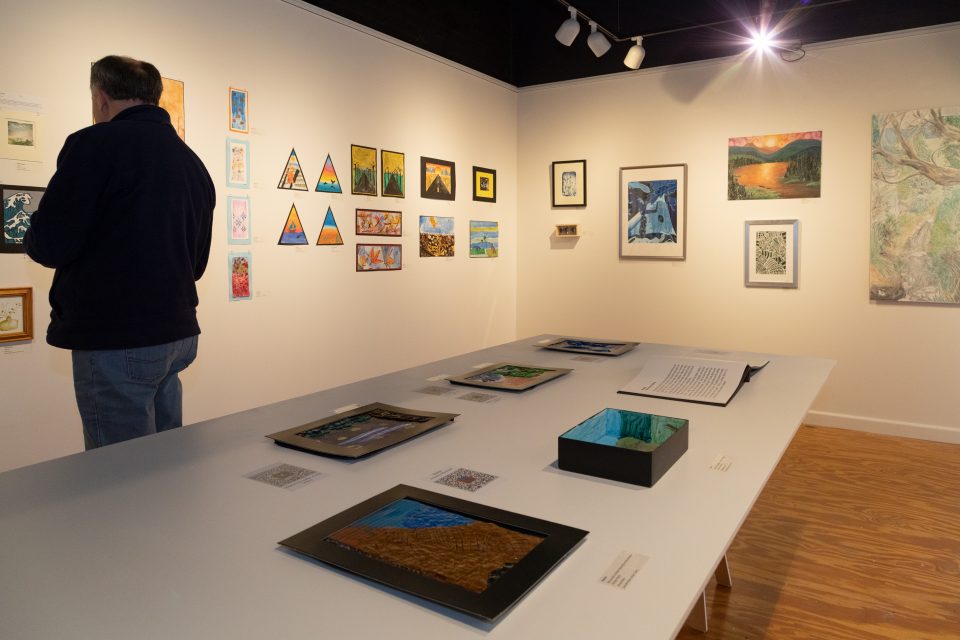 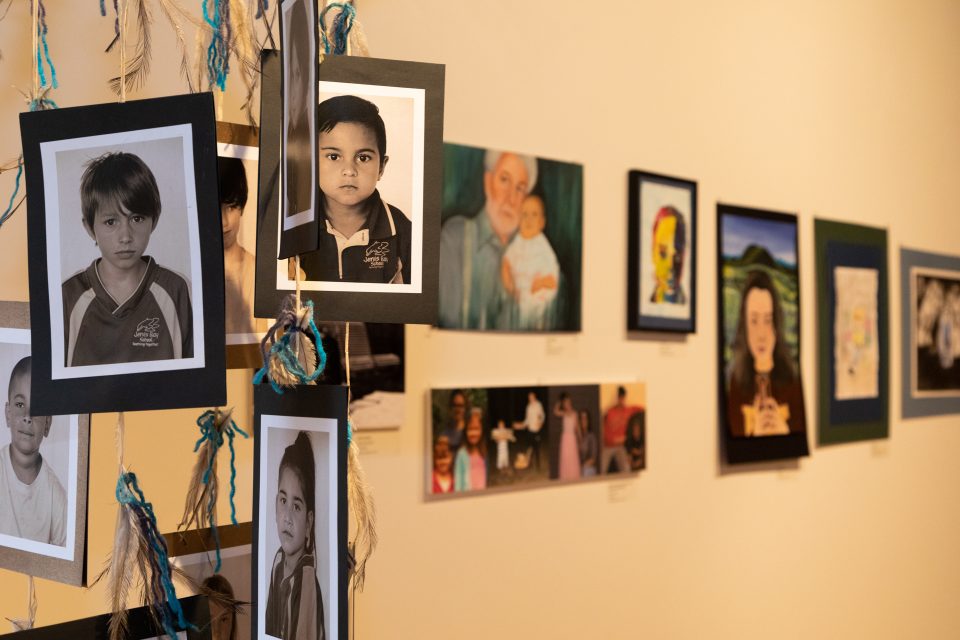 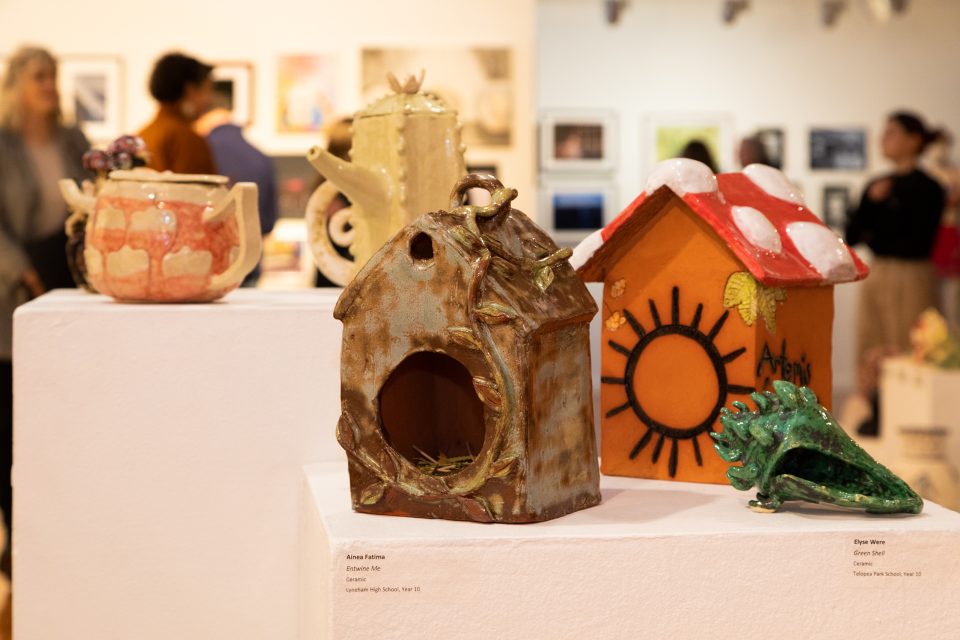 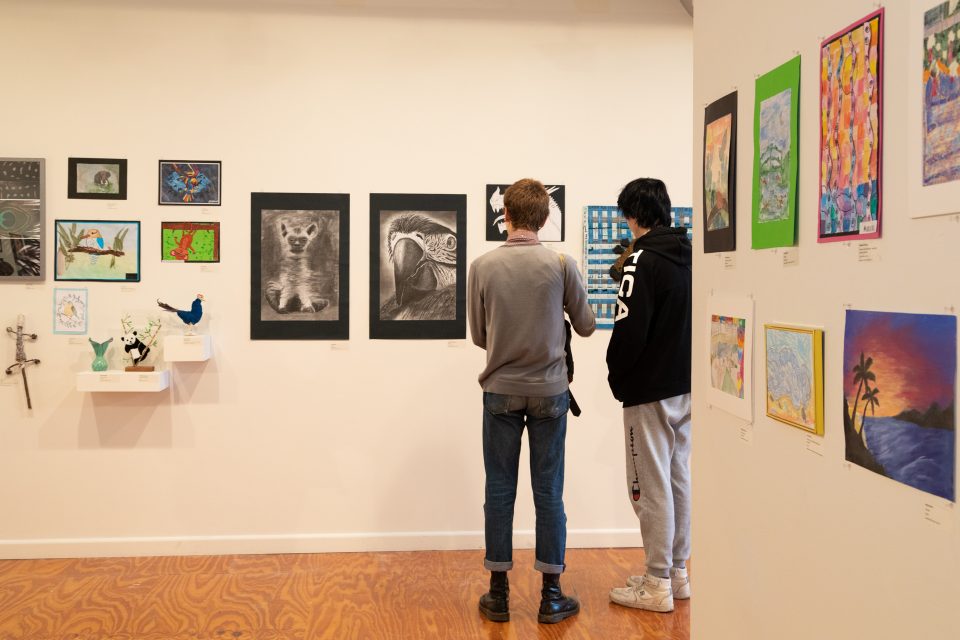 While individual school art teachers and professionals are tasked with selecting the works to showcase at the exhibition, it’s the job of curator Hayley Van Davey to find a narrative when it comes to displaying them.

She says that the quality of this year’s work has been fantastic, and all works showed just how dedicated students have been.

“We’ve seen photography becoming more popular, but I think through all of the works, the two major themes which emerge this year are landscapes and portraiture,” Hayley said.

You can catch Step into the Limelight at the M16 Artspace in Griffith until Sunday, 8 August.