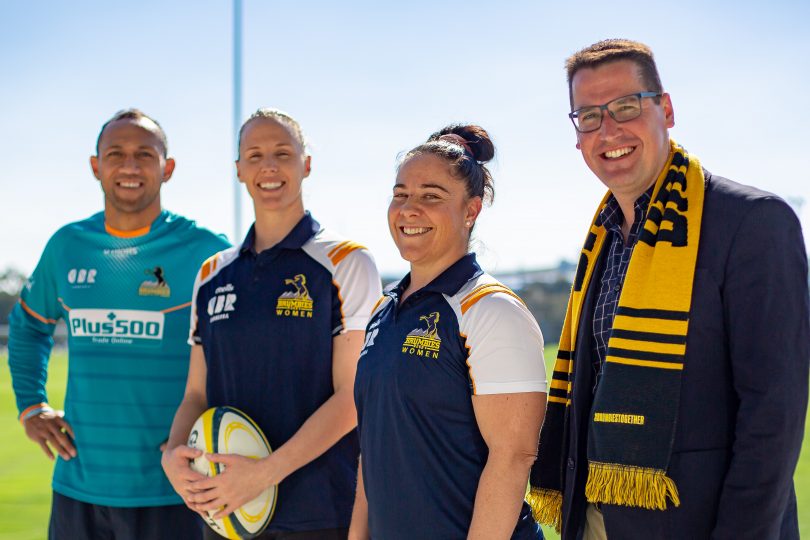 Brumbies HQ will soon have separate change rooms and bathroom facilities for its players after government funding was allocated for the construction of a new facility for the Brumbies women’s side.

ACT Liberal Senator Zed Seselja announced the Federal Government will invest $200,000 to install women’s changing and bathroom facilities at the Brumbies training ground on the University of Canberra campus.

The Brumbies Super W team have been training at UC since their inception two years ago but have not had the same facilities as the men’s team to support them.

There has been a steep increase in the number of players and participation numbers within the Brumbies Super W side, which Mr Seselja said was another reason to build the new facility.

“This is a further step to supporting women’s sport and women’s rugby,” Mr Seselja said. “While rugby has traditionally been a male-dominated sport, we are seeing a lot of participation and a lot of excitement about the women’s game. 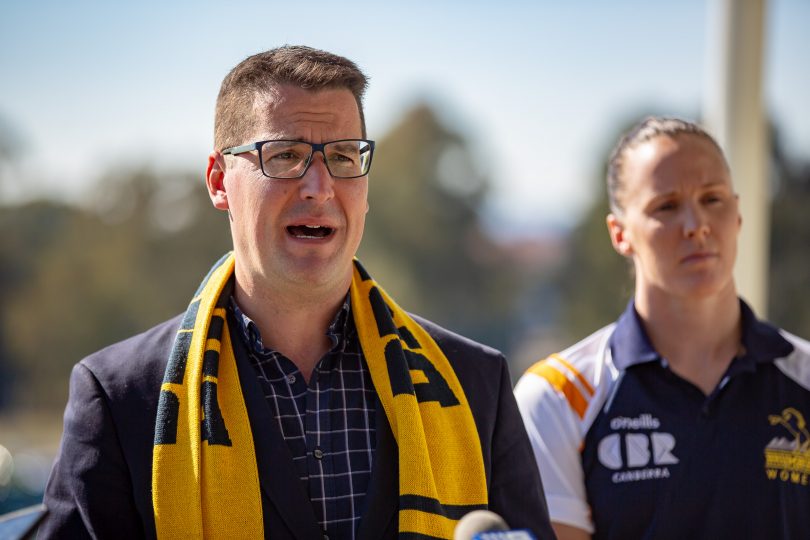 “Our Brumbies women do an amazing job and they are outstanding athletes, and they need to be supported better than they have been in the past. This is an important step in that direction.”

Mr Seselja said the new facilities showed the Government’s ambition to balance the scale between men and women’s sport.

Former Wallaroo and current Brumbies Super W player Louise Burrows said the team is excited to have somewhere as their hub to be able to get together before training.

“We are really excited about having a change room and having somewhere that is our hub and our home,” she said.

“It gives us a place to get together before training. We all come to training from our jobs so for us knowing that we have somewhere to get changed before training is nice.

“This will improve training for us and productivity across the sessions that we do have together. I think this can help us build into a better season next year.”

The facilities will also be accessible to other semi-professional and community groups such as the UC Women’s Rugby 7s, UC Pumas football club and UC Grizzlies rugby league, who also train at the Bruce campus.

This funding is part of $1.3 million in grants delivered across the territory to upgrade local sports facilities, including $200k to Woden Valley Gymnastics Club, $450k to Canberra Netball Association and $50k to Stirling Oval.

Great development, but disappointed to see Seselja trying to cash in on things he doesn’t believe in. Seselja has never really supported equal rights for women, just look at his voting record on access to abortion. Don’t be fooled.

Steven Campbell - 9 hours ago
Reducing posted speed limit is simply government’s way of running away from their responsibilities. Laws are only as effect... View
show more show less
*Results are based on activity within last 7 days

@The_RiotACT @The_RiotACT
Remember looking through records at Brashs in Woden Plaza? McIntyre Property's Colin Blunden shares such memories of growing up in Canberra https://t.co/FmO0QXMUUv (52 minutes ago)