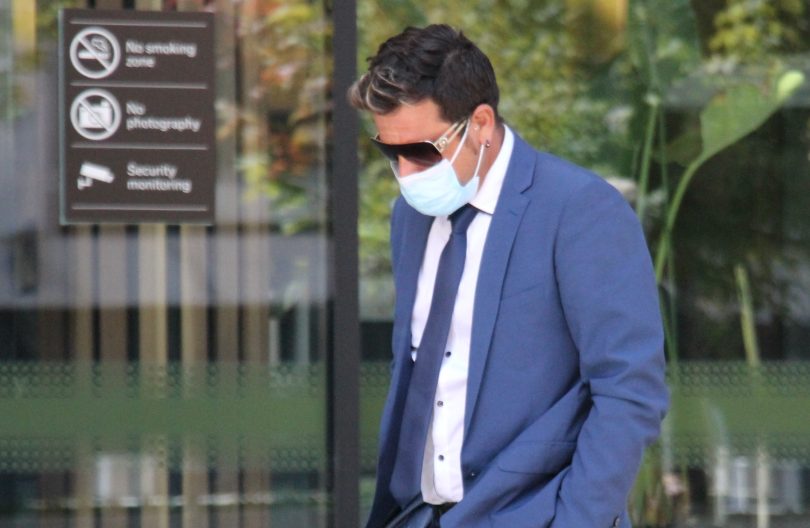 The survivor of a man who was found guilty of raping her in a north Canberra nature reserve has written a statement for the ACT Supreme Court detailing the impact the brutal assault had on her.

“I was blaming myself for it. I felt like it was my fault because I went there,” she wrote.

“I was so scared he was going to get away with it.”

The woman also said she could no longer go near the suburb of Spence where the rape occurred and claimed the event had taken a toll on her health.

“I’m not hungry after dinner, but feel like I have to eat because it comforts me. I don’t like doing this, but my body is telling me to do it,” she said.

Salvatore David Incandela, 41, underwent a week-long jury trial earlier this year before jurors returned a guilty verdict for a charge of sexual intercourse without consent.

His trial heard he met the woman at a friend’s home in November 2020 then, while driving her home, stopped at a nature reserve in Spence where he raped her.

On Friday (3 June), the court heard he hadn’t shown any remorse, as he remarked in a pre-sentence report, “the only thing I am guilty of is having sex in public”.

But Crown Prosecutor Trent Hickey said “he must have known she was not consenting”.

He said Incandela made the comments in the pre-sentence report to “save face”. He said Incandela originally lied in his police interview, starting off by saying he didn’t even know the woman.

“He knew full well what he did. What’s to be rehabilitated?” Mr Hickey asked.

He said Incadenla, “like a predator, was opportunistic on this occasion”.

Incandela, sitting in the court’s dock, let out a shout while he was speaking before hanging his head.

There had to be two breaks during his sentencing hearing, with Chief Justice Lucy McCallum noting he was “struggling” at one point.

“Mr Incandela, I know this is difficult for you,” she told him.

She said his attitude to his offending troubled her, although she understood that sometimes it took some time for offenders to come to terms with their crimes.

His barrister, Travis Jackson, accepted the incident had a significant effect on the woman but argued the chief justice could not find that her eating disorder was caused by the incident alone.

He said his client had good prospects of rehabilitation, but due to media attention, he was unable to get a job in the ACT and he had also been threatened by other inmates in jail.

Chief Justice McCallum will hand down her sentence on 10 June.