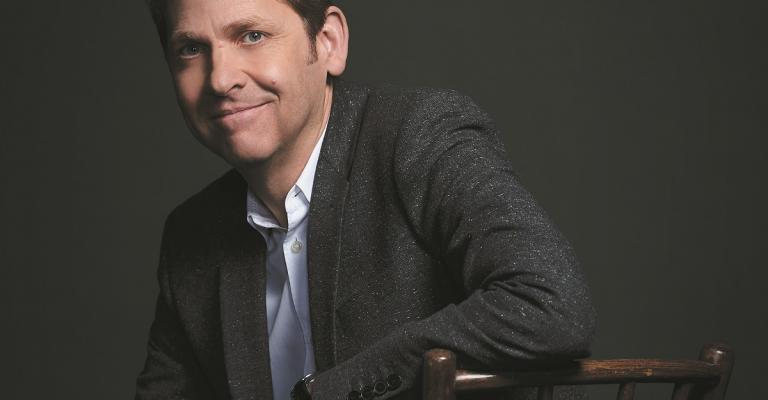 Mr McIntyre has led the Sydney Theatre Company for the past 11 years, and comes with broad experience in the cultural sector, including with the Sydney Film Festival.

He replaces Jan Muller, who resigned in December 2020 to return to his family in the Netherlands after three-and-a-half years at the helm.

Outgoing chair of the NFSA board, Gabrielle Trainor, said Mr McIntyre will bring to his new role a deep appreciation of Australian storytelling, a love of our film and music culture, exceptional leadership skills and entrepreneurship, and a record of growing connection with audiences.

“Attracting a person of Patrick’s calibre to the NFSA is exciting for us and for all the national cultural institutions,” she said.

“The NFSA – whose work in collecting, preserving and creating access to our audiovisual memory sits at the intersection of culture and digital technology – has great opportunities ahead.

“Patrick’s respect for the work of the archive together with his vision will take us further along our transformation from a collecting institution to an even more vibrant participant in our national cultural life.”

A graduate from the University of Technology Sydney (BA in Communications), Mr McIntyre is a member of the national industry peak body, Live Performance Australia Executive Council.

He has served on the board of SCOPE for Artists and was a member of the NSW Creative Industries Task Force.

Mr McIntyre will start in the role at NFSA in October 2021.

Ms Trainor, who has ended her maximum allowable term of nine years, said she is sad to depart but her time has been transformative.

“It has been immensely gratifying to see the NFSA cementing our credentials as a leader in digital audiovisual culture,” she said.

“I thank the ministers and departmental officials, my fellow board members, the many others in creative industries, and the wonderful NFSA executives and team members during those years for the privilege of working with them.”

NFSA chair of the finance committee, Caroline Elliott, will act as NFSA chair.

Muller seemed to come and go with little trace, despite his early big statements. Before him, NFSA had a world-class film screening program, which was canned for no good reason.

McIntyre could do a lot worse than revive this program if he really wants “growing connection with audiences”. The main NFSA theatre is terrific, and sits there doing nothing much.

@the_riotact @The_RiotACT
Did you hear about the bloke who was bitten by a #white-tail spider and doctors had to amputate his leg? It probably didn't happen, but the #spider's fearsome reputation persists without a shred of evidence. Damien Larkins explains https://t.co/5I2pJBKyzw (48 minutes ago)