Experts in buying, selling & renting
Your property, your future
20 September 2019 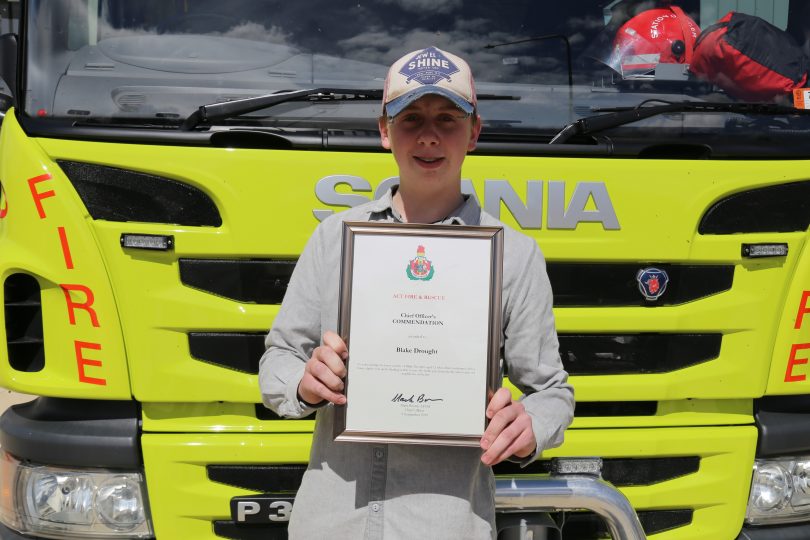 Blake Drought’s bravery was acknowledged by ACT Fire & Rescue in front of friends and family. Photos: Supplied by ESA ACT.

“It’s hard to forget,” Blake Drought says with a wry smile. “Walking home from work at night, the amber traffic lights reflecting onto the house still scares me a little.”

On the night of the 19 July 2019, 15-year-old Blake was sitting in the passenger seat of the car as his mum was driving home from Calwell shops. Pulling up at the traffic lights, Blake noticed an orange glow coming from his street.

“I had a bad gut feeling that the glow was coming from the house of our close family friend Belinda,” Blake shared. “I tried to give her a call but she didn’t answer.

“As we came around the corner, we could see Belinda’s house fully alight. I jumped out of the car while it was still moving and bolted to the front door. I started calling out ‘Belinda!’ but there was no answer.”

It was then that he noticed the flames had spread to the neighbour’s house, with a car parked out the front. He started banging on the door and yelling for the neighbours to get out of the house.

“In the calmest of voices, the neighbour answered the door and asked what’s going on,” Blake recalled. “I found out later that they were watching a movie in the lounge room and they had no idea what was going on.

“It was then that I remembered about Belinda’s pet bunny and two chickens that were in the backyard.”

Blake didn’t realise how strong he could be but with adrenaline pumping through his small frame, he managed to rip four pailings off the back fence to get into the backyard. 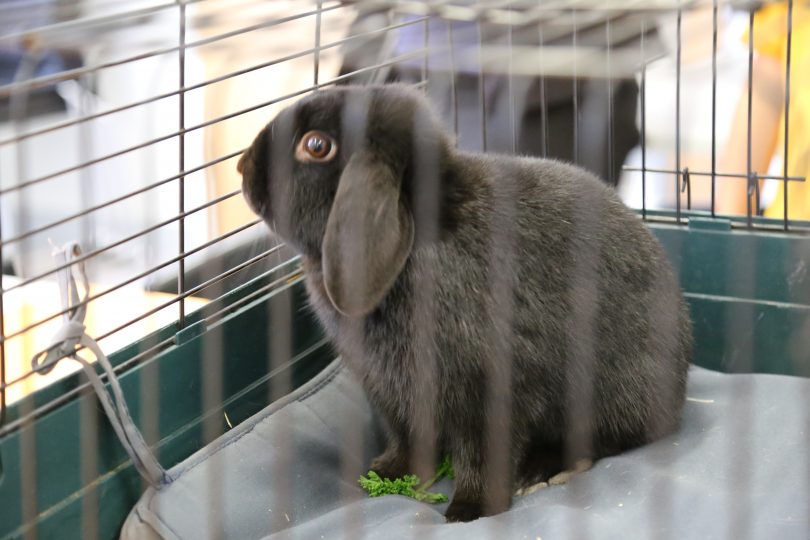 Bonnie the bunny was saved by Blake’s fearless actions.

“I had like super strength,” he said with a wide grin. “It was crazy. It was like Hulk strength.”

The one thing he does vividly recall is the ferocity of the blaze.

“As soon as I ripped those fence pailings down, the heat and the brightness of the fire hit me in the face,” he said. “The whole deck and pergola were alight. The windows were shattering and there was glass spraying all over the deck.

“The whole time I had some guy, who ran over to help, in my ear saying ‘get out of there’ but I had to get the bunny.”

As he snuck back out of the fence with the help of another neighbour, his phone rang.

“Belinda rang me and said ‘hey mate, what’s going on’,” he said. “I felt relieved that Belinda and the kids weren’t home and they were safe. She honestly didn’t believe there had been a fire so I literally stopped to take a photo of her backyard on fire.”

Thanks to Blake’s quick thinking and super strength, the neighbours, the two chickens and Bonnie the rabbit was saved from the house fire. Last month, Blake’s bravery was acknowledged by ACT Fire & Rescue in front of friends and family for his actions – receiving a Commendation from Chief Officer Mark Brown. 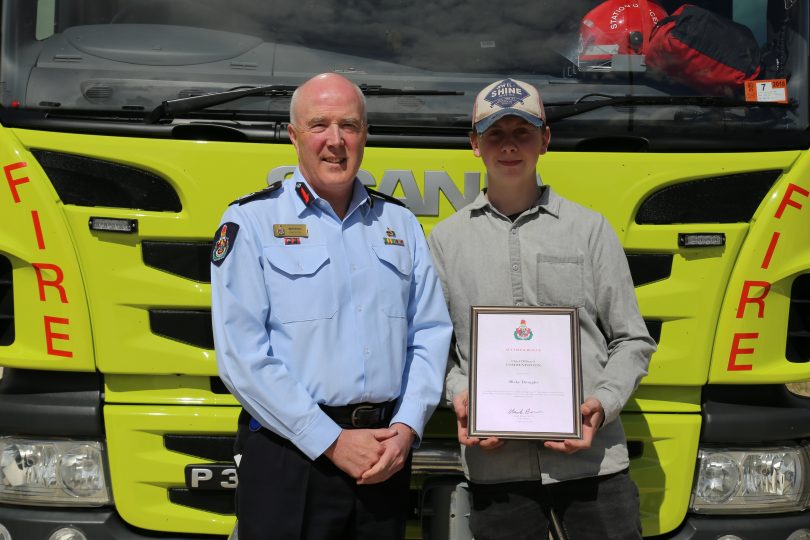 “The commendation gave me a bit of closure,” he shared. “It made me feel good for the first time since the house fire.

“But I am doing better now and I’m seeing the school’s psychologist. It brings me peace of mind to know that everybody is okay.”

Blake also asked Region Media to share a GoFund Me page that has been set up to help Belinda rebuild her life after losing her home to the fire. If you would like to donate, click here.

This young man has a lot to be proud of! I hope the scary memories are overtaken by the good deed and the bravery. The outcome for the animals and humans was positive. Stay strong:)

What an amazing young man. And to be open about seeking help afterwards too is so critical. Your actions and your words show your amazing character!

Well deserved Blake. We all knew you were awesome anyway. Just goes to show how well your families values have shaped you. Well done. xx

Thanks Sal 🥰 he sure is a good egg x 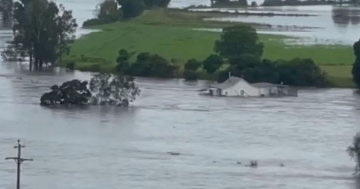