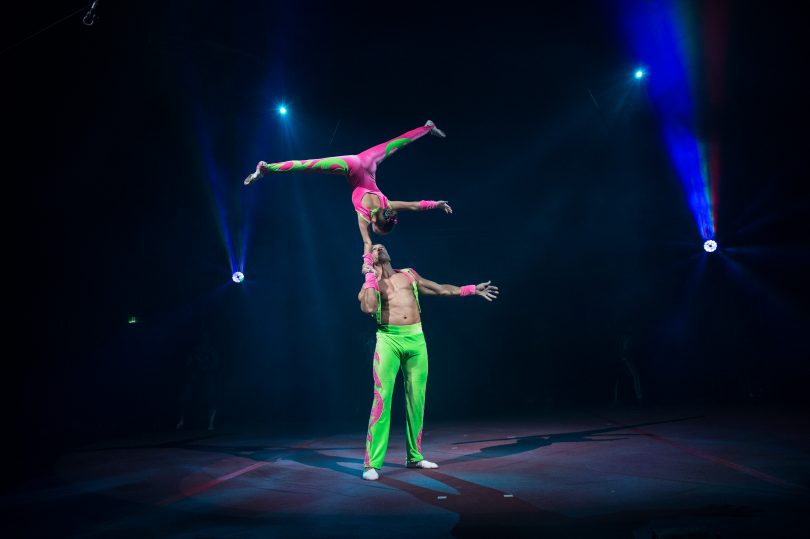 With increasing border restrictions around the country, Canberrans pretty much have no option other than to stay in the capital for the coming week.

Luckily, there’s plenty happening to keep you occupied even as we shiver through the depths of Canberra’s winter.

If you haven’t seen Reflections of My Country yet, it’s well worth a visit, as are the Yass Community Markets if Canberra is starting to give you cabin fever.

You can truly escape with Winter Levels and the Super Rats’ Eastern European melodies at Gang Gang Cafe.

Take the whole family along to see the Sesame Street Circus Spectacular or let the kids try out some free classes at Kulture Break.

Dance lovers will enjoy seeing some of the city’s youngest talent shine in Unveiled or check out Bangarra Dance Theatre in SandSong.

Why not head along to the National Library to learn about Bennelong, the first significant Indigenous interlocutor in New South Wales.

Rug up warm while you head out to Glebe Park for Wuthering Heights Day, and be sure to drop DVCS a donation, too.

Have a great week, Canberra … but be sure to stay up to date with the latest from events organisers to avoid disappointment due to COVID. 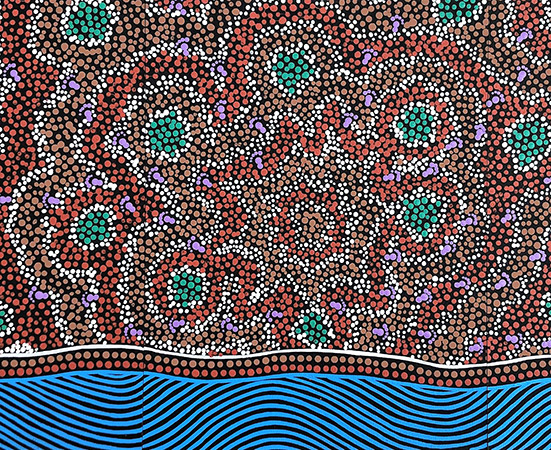 Day at the River (detail) by Duncan Smith.

Reflections of My Country 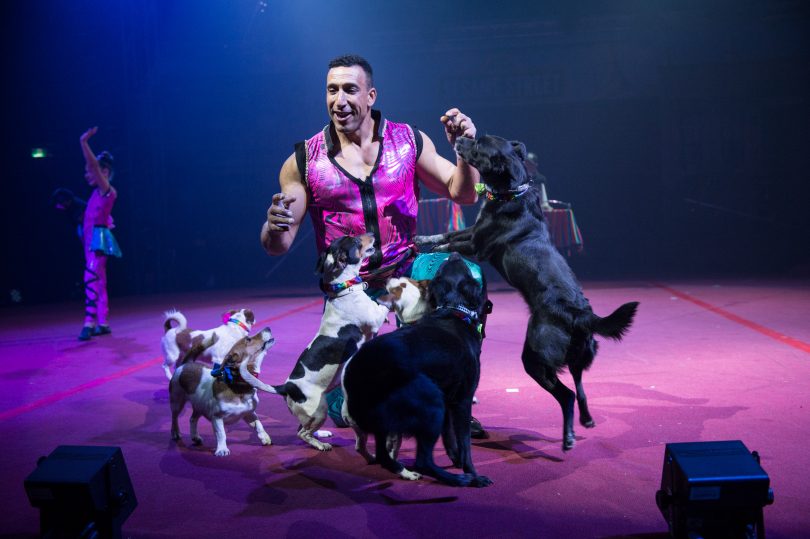 Sesame Street Circus Spectacular has already wowed Canberra audiences over the past few weeks and isn’t showing signs of stopping (well, until 2 August at least).

This 90-minute circus spectacular features incredible performers from all over the globe joined by all of your favourite Sesame Street characters. 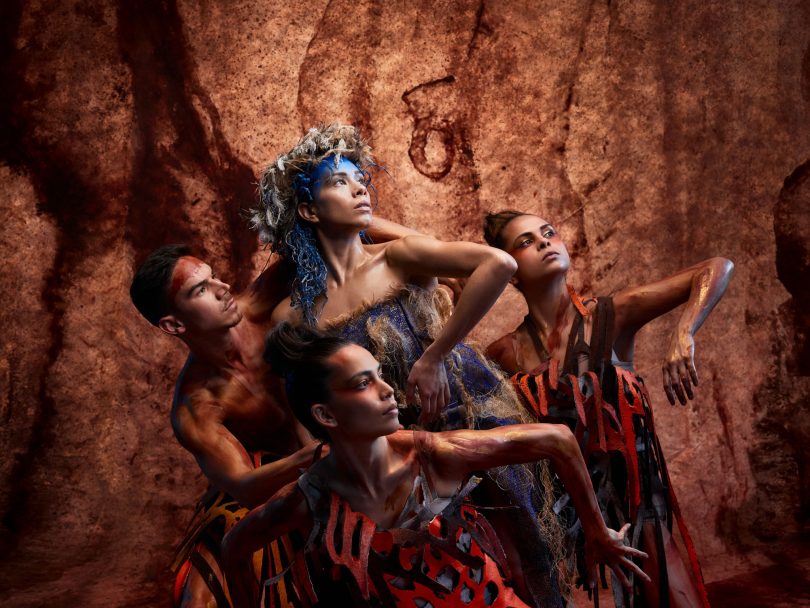 SandSong is a journey into ancient story systems framed against the backdrop of ever-changing government policy and the survival of people determined to hold strong to their Culture. 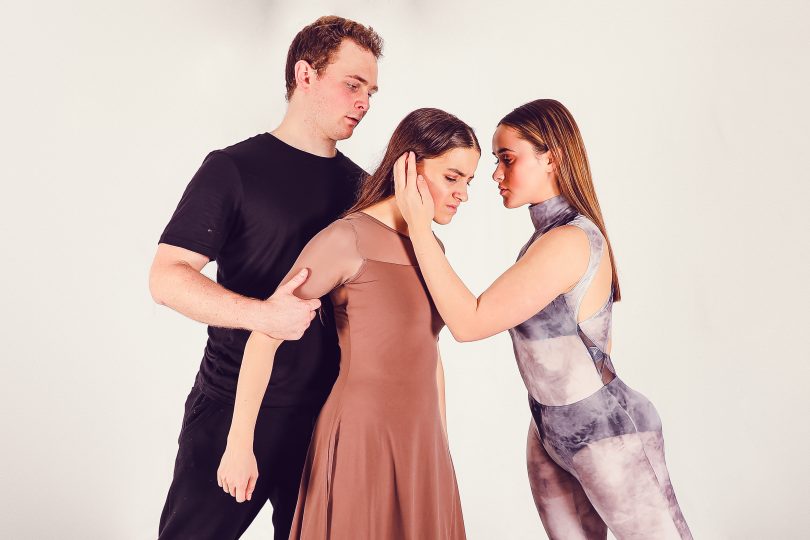 Joshua Walsh stars as Albrecht, Anna Hosking as Giselle and Alice Collins as Queen of the Ghosts takes to the stage for Unveiled. Photo ES Fotografi.

This otherworldly tale revolves around Giselle, a young woman fatally betrayed by the smooth-talking Albrecht. Beyond the veil, she becomes part of a plot for vengeance, leading her to reflect on the events and relationships in her life that shaped her.

Based around the traditional ballet, Unveiled deconstructs Giselle’s original plot through movement to reveal a more modern tale of infidelity, deception, depression and self-reliance, led by a cast of incredibly talented young performers. 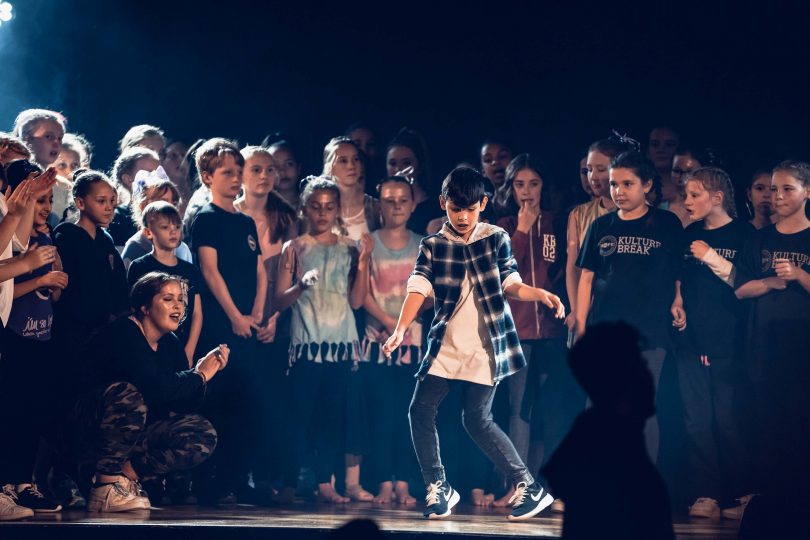 Kulture Break is opening its doors to students who want to try something new. Photo: Kulture Break.

Kulture Break, a Canberran dance and music institution, is opening its doors, for free, to any students who want to try something new this July.

Free classes will be available all week long and everyone is encouraged to try as many styles and classes as possible. 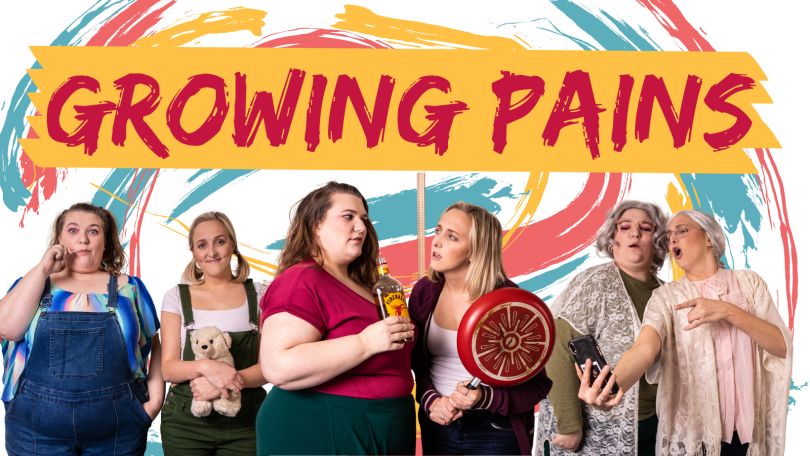 Growing Pains is a collaboration between Chelsea Heaney and Sarah Ison that takes the audience on a journey through the chronology of their lives.

A show of half sketch, half stand up comedy, it will take you back in time, then forward, then to the present and then to our heroines’ less than glamorous future.

A midwinter’s evening with timeless eastern European melodies that your ears can snuggle into like a well-worn cosy jumper, a plate of hearty stew and a nip of the good stuff! 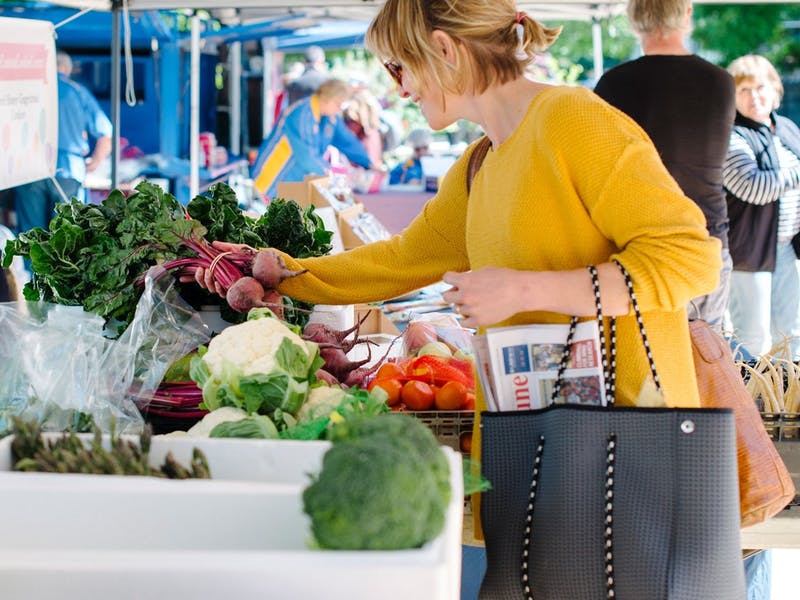 There’s always plenty to see and do in Yass. Photo: Visit Yass Valley.

When: First and third Saturday of every month, 10:00 am
Where: 62 Comur Street, Yass
Cost: Free entry. For more information, visit the Yass Valley event page.

Yass Community Market is held on the first and third Saturday of the month at the Yass Memorial Hall. Stalls include a variety of local produce, including jams, sauces, oils, and baked items, along with arts and crafts. 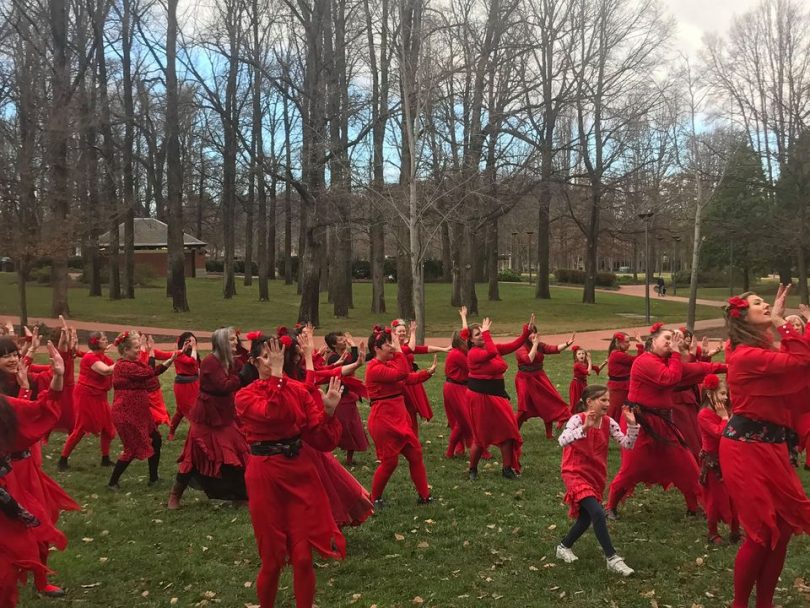 The Most Wuthering Heights Day Ever

Wuthering Heights Day is an annual global dance event that raises money for charities and services that support women impacted by violence.

Canberra Cathies have been hard at work practising their steps to Kate Bush’s interpretive dance.

Friends and family are welcome to watch the dance, and all are encouraged to donate via the donations page, card, or cash on the day. 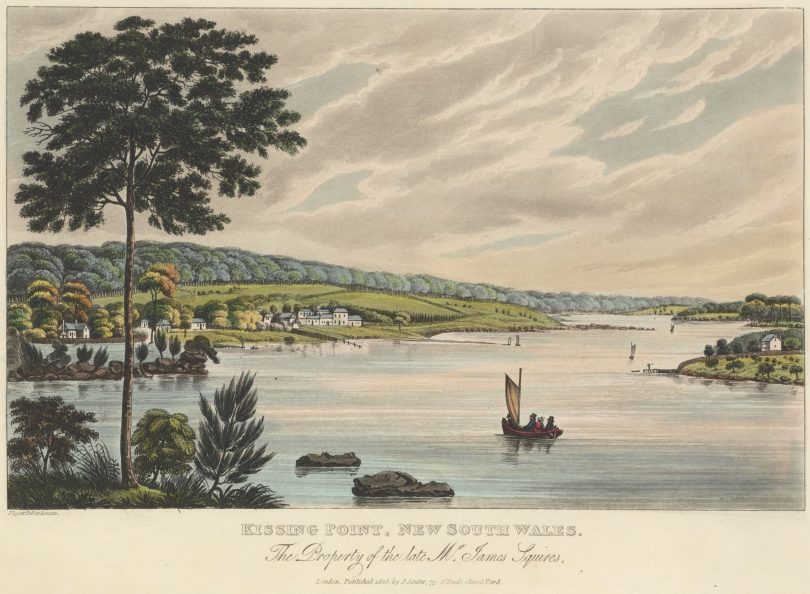 When: Thursday 22 July, 12:30 pm to 1:30 pm
Where: National Library of Australia and streamed online via Facebook
Cost: Free; register at Sticky Tickets.

While Bennelong is a well-known name in Australia as the first significant Indigenous interlocutor with the founding governor of NSW, Arthur Phillip, he is still misunderstood by many.

In her presentation, 2021 National Library of Australia Fellow Professor Kate Fullagar aims to correct this by presenting neglected evidence about his later life.

Anna Vavrina - 6 hours ago
Yep. Going on for years. View
Lauren Herbert - 7 hours ago
^ this right here. View
Garrie Irons - 7 hours ago
Lynette Clifton nobody is planning for DMO to spring back to life full of apprentice boilermakers and nuclear engineers... View
News 137

Andrew Sage - 7 hours ago
On my ... View
Denise Bourke - 7 hours ago
We love the work of mower teams and their supervisors. Keep em coming. View
David Fenwicke - 7 hours ago
The grass needs to be mown before it sets seed otherwise noxious weeds like Chilean needle grass which I saw on Northbourne a... View
News 7

JC - 7 hours ago
As was the case with delta the over reaction as you put it is just a pause to buy time to see how big a problem it really is.... View
HiddenDragon - 10 hours ago
With Australia's international border being "thrown open" (as tonight's TV news reports are reminding us) from next Wednesday... View
jorie1 - 11 hours ago
Close the international borders to everyone but Australian citizens! And have strict quarantine for Aussies coming in here .... View
News 18

Brianna - 9 hours ago
That is a very interesting question. My husband and I are both double vaxxed and yet we both got covid back in August.... View
Mike Carroll - 10 hours ago
How many of the new cases are double vaccinated? View
News 17

Capital Retro - 11 hours ago
Looks better than a Tesla any day. View
Lifestyle 5

@the_riotact @The_RiotACT
In its day, the Gundaroo Wine Bar was the place to go in the village - and not just because it was the only place open. It was the #heart of the #community, thanks to the legendary hospitality of Matt, Beat and Kay Crowe https://t.co/fI1oW7BsAA (10 hours ago)

@the_riotact @The_RiotACT
We've got all the hot news in this week's newsletter - from hot property, to hot-desking. Subscribe now! https://t.co/nl4QFZTDQW (11 hours ago)