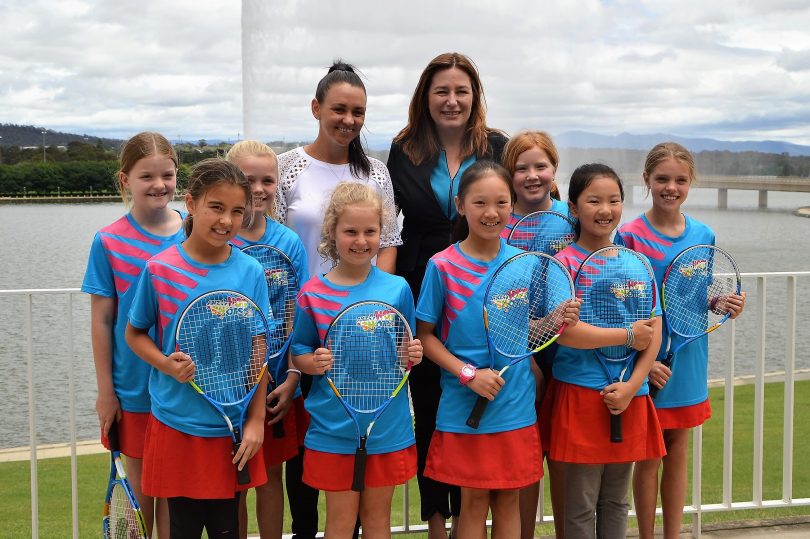 Tennis has had a record-breaking year in the nation’s capital, with participation numbers across the ACT smashing last year’s numbers thanks to a tennis surge in schools.

According to recent statistics from Tennis ACT, 27,570 people played the sport across the capital in the 2017-18 financial year, doubling last year’s figures of 13,373 people.

It caps off a massive 12 months for tennis in Canberra which saw the Fed Cup return to the ACT for the first time in 20 years when Australia defeated Ukraine 3-2 in the World Group II first round in February.

Tennis’ grassroots program, ANZ Tennis Hot Shots, was the biggest improver across the nation’s capital, with over 15,000 kids practising their shots in the program across 55 primary schools and 14 high schools in Canberra.

Tennis ACT chief Kim Kachel said it had been a fantastic 12 months for Tennis ACT and was pleased to the see the sport “extremely healthy and really growing”.

“We have had almost a 150 per cent growth in schools, so more and more schools are adopting tennis as part of their curriculum and introducing the sport which is fantastic,” Mr Kachel said. 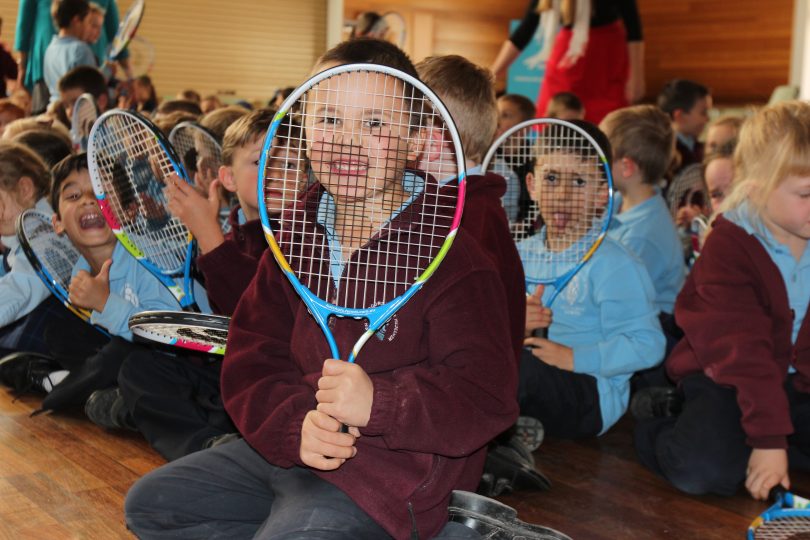 Some of the happy students from the Holy Family Primary School in Gowrie with their new tennis racquets. Photo: Tennis Australia.

Mr Kachel said the ACT continues to lead the country with Book A Court – an online booking system – making it easier than ever for the public to hire a court and practice their shots.

Over 50 per cent of clubs in the ACT utilise the national booking system which has seen 29,826 court bookings in the past 12 months in the ACT.

Mr Kachel said the results were a great reflection of the tennis community in the ACT, with dedicated volunteers and passionate professional coaches.

“The ACT has been leading the way with initiatives such as Book a Court, and our clubs and coaches are always the first to put their hands up to get involved in new programs,” he said.