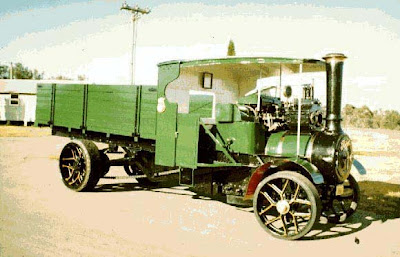 The display is open to the public from 10am to 3pm . Entry is free.

Trophies for the car ‘I would most like to take home’, ladies choice and best club display. There will be music, trade stalls and refreshments available. Why not make it a club run and enjoy a great day In the National Capital

This year marks the 60th anniversary of the Morris Minor, Land Rover and the Rover P3 which were all introduced in 1948,at the first Earls Court Motor Show, London, after the World War 11 and all of them went onto be become legends and very collectible cars.

The Canberra Terribly British Day committee intends to mark the significant diamond anniversary of these and the Austin-Healey Sprite and Jaguar XK150 which celebrate their Golden jubilee in 2008 by making a special feature of them at the display.

This years display looks like being the biggest in recent times with an expected 250 vehicles, many from interstate, for the public to inspect.

It would be nice, I’m at work.

Weather’s really nice this morning; is it cancelled?

If it really is terribly british day then you’d better have a few very pale flabby peoople lying on deck chairs getting pissed, a black youth shooting another black youth and a stall selling fish and chips and kebabs. Oh and lots of pork pies and scotch eggs too!!

They’re so beautifully made, the vintage cars. Tehy were made by carriage-makers, with bent wood and metal, all finished so carefully. compare it to today’s hyundai. Bloke over the road used to restore vintage cars, and he did all teh work himself, turning the wood, shaping the metal. Amazing stuff.

Unfortunately I cannot make it as I am working. I could be a prime exhibit there!

WOW! I will be there!

I hope you get to see some Aston Martins as it looks like the company will go under. I wonder if any TVRs will be there.

I guess as opposed to a ‘Show us ya Tits’ type of car show, its more an ‘Exhibit your decollétage from its corsetry’?

Nick Swain - 1 hour ago
Would I be right in saying that the government's policy (or at least its actual impact) is to price people out of the house m... View
ChrisinTurner - 3 hours ago
Is a town-house an apartment or a house? View
Oiledpengu - 7 hours ago
Every time the government tries to make housing affordable or rent cheaper it does the exact opposite. Please just leave it a... View
News 6

A regional bubble would mean no more snow for Canberrans

Jody Maree Harrison - 2 hours ago
Keep your snow and the virus , more winters will come that’s the thing about seasons they come n go . View
News 24

Jo Hann - 3 hours ago
Paul Kitson are you saying that Jerrabomberra shouldn't have a high school? View
Community 149

Maddy Rowe - 3 hours ago
My Kelpie and I had a real good chat and hung out with them both on a couple of occasions. Never ever had an issue whatsoever... View
Lindy Klarenbeek - 5 hours ago
https://www.change.org/p/act-domestic-animal-services-community-refuses-to-give-up-hope-after-local-homeless-mans-dog-impound... View
Racquel McCall - 5 hours ago
Chr Is here it is for signing ^^^ View
News 1

ChrisinTurner - 3 hours ago
How do you keep doing these things so much better than Canberra? I guess you are not paying for a tram. View
News 47

Capital Retro - 3 hours ago
Thanks for following up on that JC. I did think of it as the only alternate way it could be done however the cost and mainten... View
Neenie Baines - 8 hours ago
Colin Vivian we aren’t though. Million trees initiative is well under way 🙂 View
JC - 9 hours ago
No they won’t At all 4 planned stops the roadways the stop will service are either higher or lower than Adelaide Ave. So th... View
News 1

David P - 4 hours ago
Decision to return works followed "due diligence" by the NGA. What about due diligence preceding purchase of the works? What... View
Sport 20

Donna King - 5 hours ago
They make you sound so good Phil Lynch; and you are congratulation on your whole career and all the charity work you done for... View
Property 5

nobody - 8 hours ago
The latest IAEA figures show the UK has 15 operational nuclear power reactors, with a net capacity of 8,923 MW, that produced... View
News 28

Stephen Hocking - 17 hours ago
Any relation tom the Crokers up Tamworth/Quirindi way? View
show more show less
*Results are based on activity within last 7 days

A Canberra homeless man has been left traumatised and unable to sleep after his dog was impounded by Domestic Animal...
Courts & Crime 0

Families heading to the Tuggeranong mall to shop or have lunch froze in shock when a plumber allegedly tried to...
News 45

NASA will build a new cutting-edge deep-space antenna at Tidbinbilla as a rising number of missions puts increasing pressure on...
Courts & Crime 4

A split-second mistake on a Sunday drive has turned into a life-long tragedy for a Canberra family, as a father...
News 0

A severe weather warning has been issued for south-east NSW and southern parts of the ACT for damaging winds averaging...
Food & Wine 66

The building of light rail Stage 2A is about to make itself felt with two ACT Government car parks in...
Food & Wine 66

Australians have been devouring the humble meat pie for hundreds of years. There’s something so satisfying and comforting about the...
News 46

Development along the light rail route to Woden is likely to include apartments of some kind but not to the...
News 45

Stickers with QR codes that link users to non-COVID-related websites have been placed over some legitimate QR code check-ins in...
Opinion 30

Canberrans are being urged not to flush away the ubiquitous wet wipe in a bid to reduce the amount of...
News 24

Canberra’s love affair with the lawn celebrated at CMAG

Were you there for the filming of Ned Kelly? It’s been 50 years

@The_RiotACT @The_RiotACT
Today is World Ranger Day, an annual celebration of the people who protect our parks and wildlife, including dedicated ACT rangers such as Bec Ryan https://t.co/XabECQqT7f (2 hours ago)

@The_RiotACT @The_RiotACT
The @NatGalleryAus is close to completing its return of stolen Indian artworks announcing 14 more will be sent back to India https://t.co/2PBQv7H48t (3 hours ago)