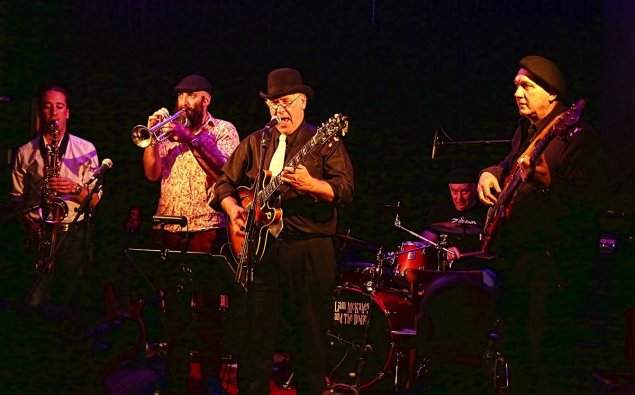 The Black Hat Band performs classic blues, rock and original compositions. The band plays songs from the traditional standards to lesser known songs from some great blues artists such as Charlie Musselwhite, John Mayall, Gary Moore and adds some rockabilly, R&B and soul.

BHB was formed by David Grey (lead vocals and guitar) and Derek Lark (harmonica, lap steel guitar and vocals), with the express aim of developing an offering that would widely appeal to live music fans. Joining David and Derek in the lineup are Jon Nourse (drums), Peter Barta (bass/vocals) and Joe Kurtz (saxophone/vocals).

Mia Gouveia - 19 minutes ago
Jenna Hopkinson absolutely! Cleaners deserve a lot more than this and a lot more praise for how hard they work! View
Hen Gissane - 33 minutes ago
I understand this, however Calvary has chosen to outsource this service to a company that exploits its workers. View
Elouera Lea Lindquist - 2 hours ago
Hen Gissane they are not employed by calvary, it's a contracted company. Shame to that company not calvary View
Food & Wine 20

Toni Isaacson - 15 hours ago
Nothing harmless about Hallowe'en View
Jennifer Buerckner - 17 hours ago
the kid's in my suburb don't even try to dress up. they just won't fee stuff and knock on your door 4 or 5 times View
News 36

Household waste and recycling collections will be disrupted on Monday (2 November) due to industrial action by drivers employed by...
Property 50