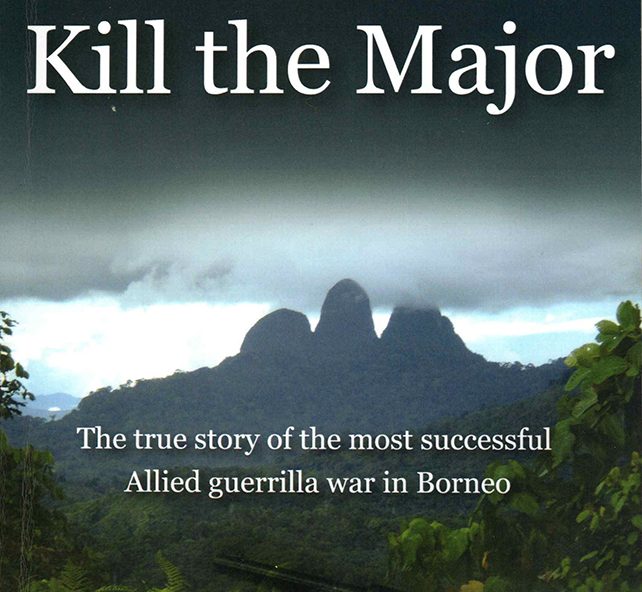 There’s a fantastic choice of books hitting the shelves in Canberra at the moment including Paul Malone’s Kill the Major. Image: Supplied.

The staggering fact that around 3000 books are published each day leads one to remark upon a couple of things – booksellers are worth their weight in books and getting people to read or even notice your book as an author is a huge task.

Bravo to our Canberra booksellers who have taken readers smoothly through the COIVD shutdowns with home deliveries, curated lists and, increasingly again now, author events.

Canberra is now of an age, stage and size which allows us to embrace being a region with an abundance of talent here across all areas of the arts.

We now have a generation or two born here, multi-generation families and even expats and returning prodigals.

One such is Paul Malone, previously a Press Gallery journalist, political correspondent for The Canberra Times and public servant, who now lives on the Bellarine Peninsula, Victoria. Paul has published a number of books and many articles and has an ongoing interest in Borneo.

His most recent piece of military history is Kill the Major -The True Story of the Most Successful Allied Guerilla War in Borneo.

The work gives a fascinating insight into the personality of the Semut 1 operation leader, Major Tom Harrisson, a harrowing account of the conditions under which the men fought and the significance of this action in the total war effort.

READ ALSO: Ten things to do in Canberra this week

It was first published in Malaysia last year by the Strategic Information and Research Development Centre and was re-published in Australia in July 2020 by boutique Sydney publisher For Pity Sake Publishing.

Canberra author Maureen Cashman takes us on another historical path in The Roland Medals.

Set in 16th century Spain and contemporary Finland and Spain (largely on the Camino), it’s a beautifully crafted piece of historical mystery fiction which explores, among many other issues, threats to the safety of women.

Maureen’s extensive travels and sojourns in the region along with her assiduous academic research, translate to an intimate knowledge of the geography and times of her story. Her skill as a storyteller makes this a gripping read. The book was self-published this year.

At a time when lightness has been in short supply for many, Peter Rodgers’ self-published Beethoven’s Tenth is a balm – a clever, witty, extremely funny social satire.

The conceit is that a bunch of disgruntled secondary literary characters get together under the leadership of Dr John Watson and, with input from a marketing chick, undertake a sea voyage to promote world peace. Many aspects of modern society come under the author’s wry gaze – literary genre-ism, environmentalism, the marketing industry, politics and modern communications platforms just for example.

This book is a total delight with laughs on every page (yes, I mean it) – Peter Rodgers is a sharp mind but not gratuitously wounding.

His second book this year followed quickly on the heels of Beethoven. It’s a collection of short stories entitled Life, Death and Other Distractions, published by Ginninderra Press, 2021.

I thoroughly recommend this one too. It’s full of the same sort of wry humour and astutely observed, often affectionate, social commentary, but also includes some very tough reads.

The stories have mostly been published elsewhere from as early as 2000, and it’s good to see them collected in one place and remarkable to note that none has lost its immediacy and relevance over time.
Further interviews with the authors can be found on Living Arts Canberra’s author section and podcasts page.

Next month I’ll bring you some picture books, of which we have a slew so far this year, proving that reading to our children at home and school remains highly valued despite head wagging about screens.

Barbie Robinson is co-founder and a content creator for Living Arts Canberra, a not for profit media outfit supporting arts and community in the Canberra region and books worldwide through its website, podcast interviews and a 24/7 internet radio station.

Tina Newsome - 17 minutes ago
Did not even get a sniff in with this scheme and neither did anyone that I know. I'm rather dubious about that '30,000' figur... View
Alex Nicolson - 4 hours ago
Albert Blair It did show the gubmint was trying to do something but I agree it seemed pretty ineffective. View
Community 7

Ashley Keaveney - 23 minutes ago
How about fix and maintain them. Dry land oval is a complete cop-out...... View
Elspeth Shannon Rollason - 1 hour ago
The Florey oval which is in this picture needs to be an oval for the primary school. It needs to be fixed up so the kids can... View
Krishna Rao - 2 hours ago
Samuel Gordon-Stewart they aren't green though. Just a bit of grass in some seasons. If you want green spaces you need microf... View
Motoring 4

assiduous - 38 minutes ago
The ACT government is culpable for this situation. If the developers couldn't get $200k more for these properties they would... View
Codi Barry - 42 minutes ago
Yep we are building a brick garage and the price has gone up alot timber and steel have all had huge price increases View
Property 26

Tim Evans - 4 hours ago
They were useless. View
Community 1

@the_riotact @The_RiotACT
After a momentary reprieve for locals and the publican, 'Choppy' Connor, the #Gundaroo pub has closed again. But for how long? https://t.co/bv6Vm9Bb1a (28 minutes ago)