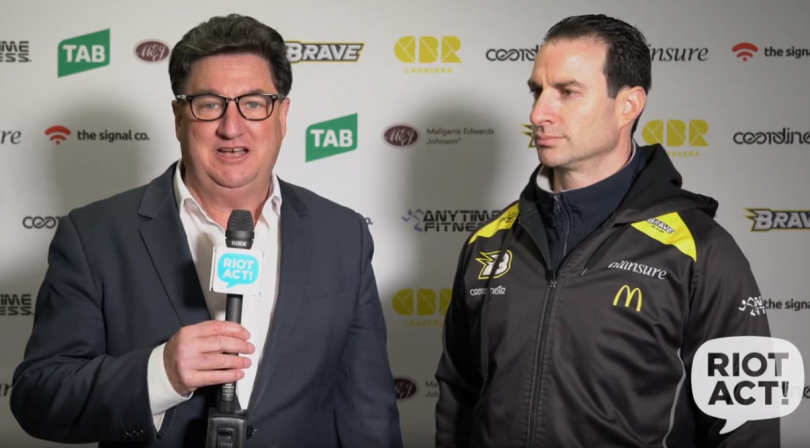 The Canberra Brave has taken all before them so far this year, but a new season effectively starts this weekend with the finals of the Australian Ice Hockey League in Newcastle.

The Brave set a number of records through the regular rounds including losing only two games, winning 26 games, scoring the most points (79), recording the largest winning streak (17), and gaining the most goals scored (161) to finish the season on top by the massive margin of 25 points. It has been the most successful regular season in the club’s history.

With the confidence of their season performance thus far, coupled with their premiership victory last year, and with the bulk of the team backing up for another season, the Brave head into the finals as the red-hot favourites.

The Brave take on the Sydney Bears in the first semi-final at the Hunter Ice Skating Stadium, with the winner playing either Newcastle or Perth in the decider.

Starke says the experience of last year’s finals campaign will hold his team in good stead heading into the finals, he says, “It’s certainly an advantage, we have most of the team back for another year, we know what’s required.”

The Brave, fine-tuned for the finals, took time out to hand over a cheque to charity Menslink, a charity which helps guide and mentor young men who have become disconnected.

The club and its supporters, the Cave Dwellers, raised $4,700 through a series of fund-raising activities through the year including a fitness challenge, an auction of special items, while the team’s photographer, Scott Stevenson, shaved his head.

Starke says the Brave are proud of their support for Canberra charities such as Menslink; “It’s our charity partner this year. They provided a presentation to the team and it’s an organisation adopted by our players. Menslink deals with important issues and it’s not taken lightly; it resonated with our team.”

The team’s support for charities, such as Menslink, has resounded through Canberra with enormous goodwill shown towards the team from the community.

A premiership victory, securing back-to-back Goodall Cups this weekend, will further catapult the Brave into the hearts of Canberrans.