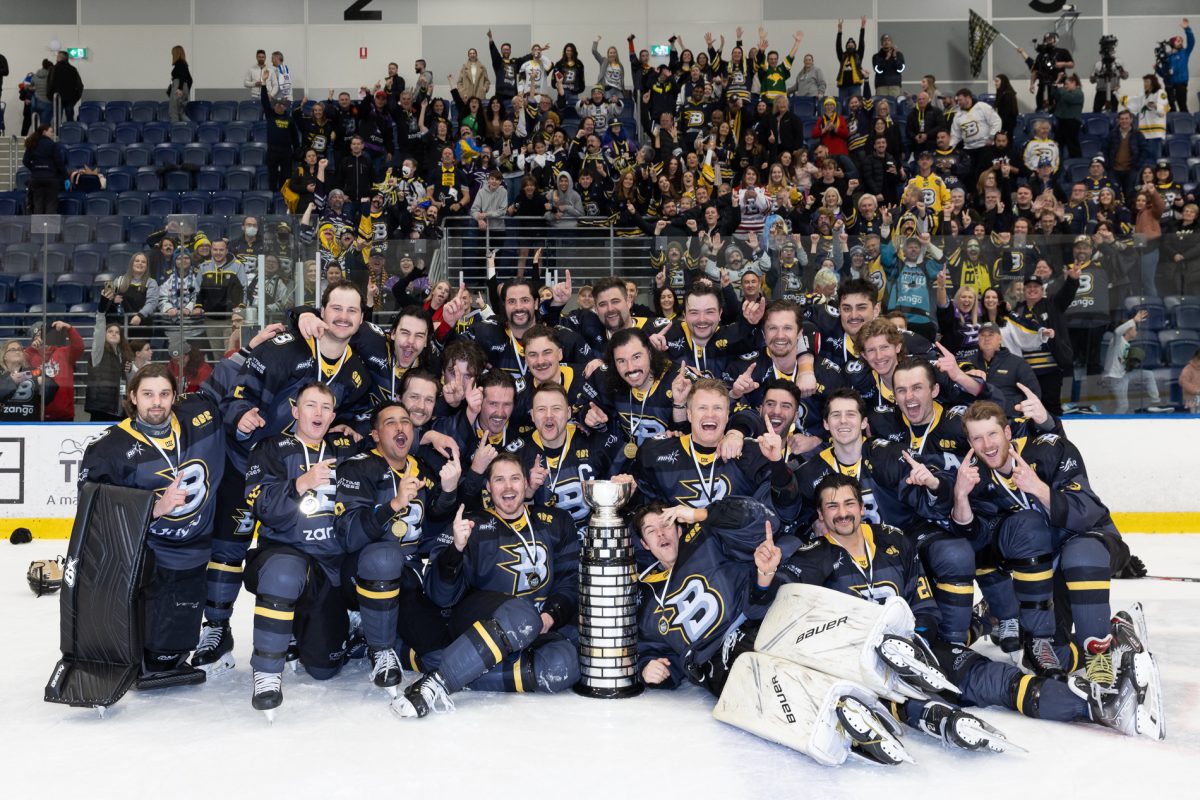 In the lead-up to Sunday’s Australian Ice Hockey League final, the Canberra Brave had just one practice session as a whole team for the entire season.

That session occurred after the Canberra-based players travelled by bus to Melbourne. They left at 4 o’clock in the morning – the day before Friday night’s semi-final.

They were joined by teammates from Melbourne, the Gold Coast and Perth.

With players coming from everywhere, there had been no opportunity to train as a team through the season.

The bus trip to Melbourne on the Thursday also meant players had to get time off work.

Such is life in tier-two sports.

READ ALSO A city stadium is dead and buried, so where to next? And what about Civic Olympic Pool?

The training session took place without their coach Stuart Philps who, because of work commitments, couldn’t join the team until just before Friday night’s semi-final.

The Canberra Brave won that semi-final against Newcastle Northstars, 6-1. 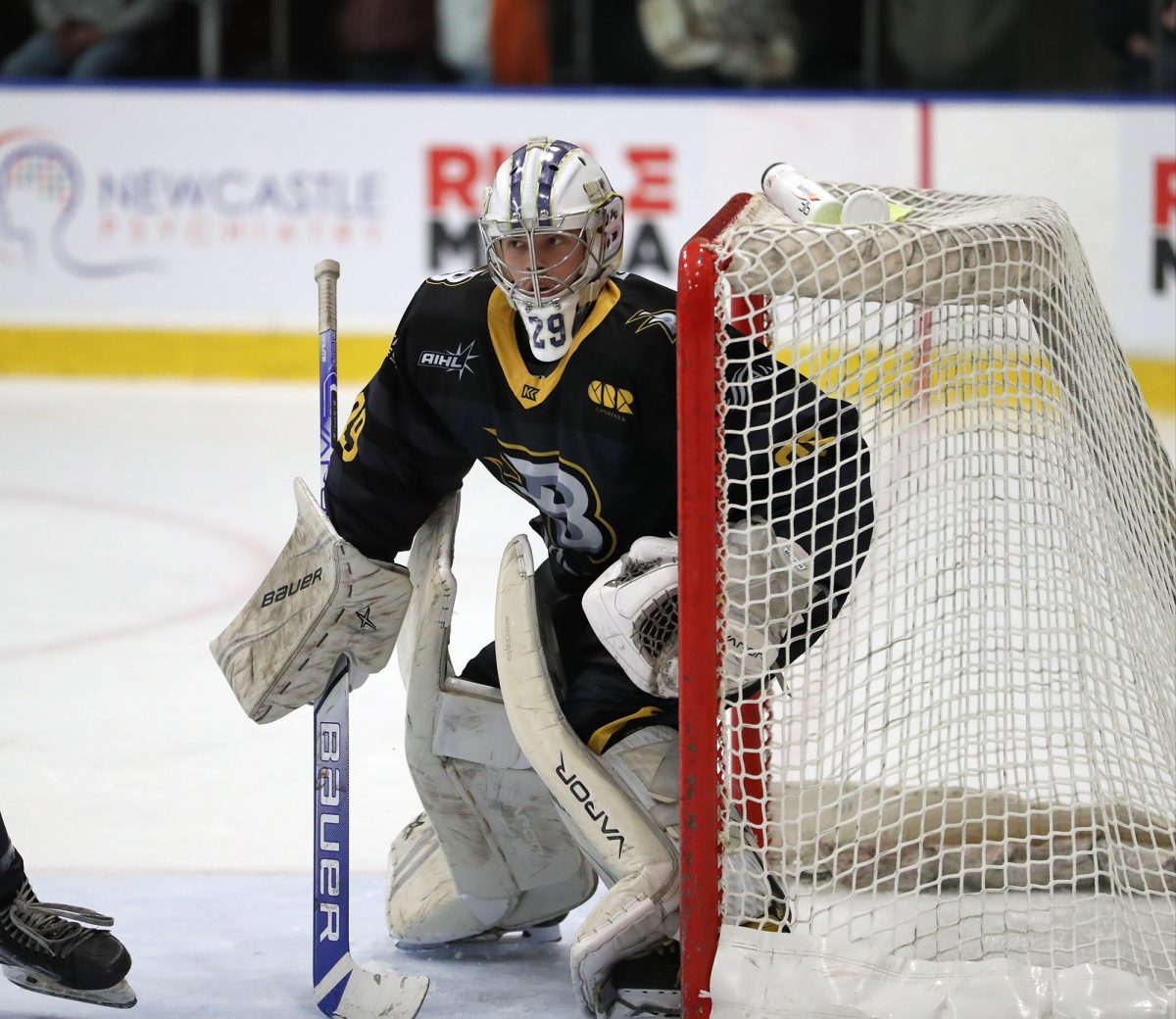 This is the second time the CBR Brave has won the Goodall Cup. Photo: Mark Green.

The win enabled the team to go straight through to Sunday’s Grand Final.

As it turned out, the Brave again lined up against Newcastle in the decider. The Brave edged out the Northstars, 3-2, to win the Goodall Cup, the most prestigious trophy in Australian ice hockey. 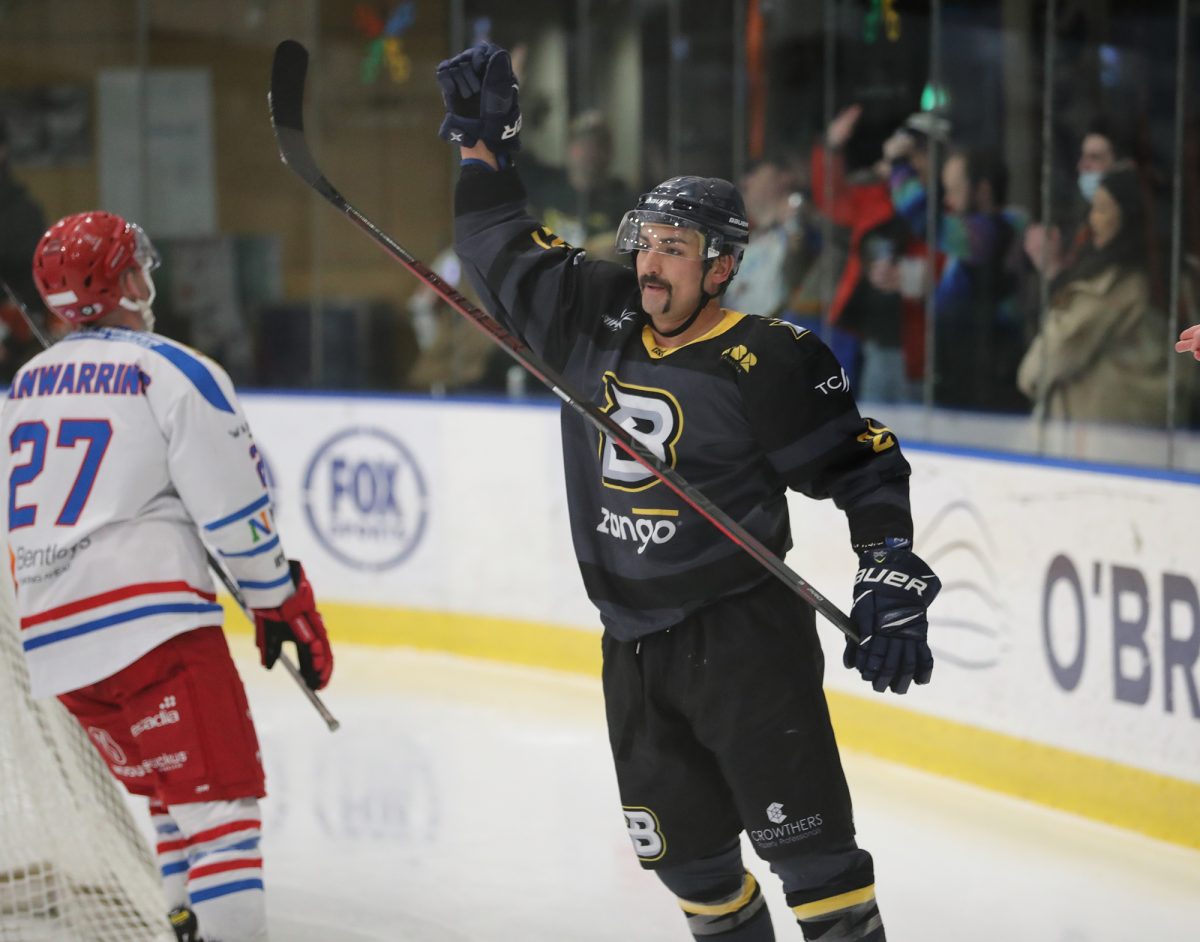 Canberra had already won the H Newman Reid Trophy after finishing on top after the regular season.

It was a momentous achievement to win their second Goodall Cup, the first coming in 2018.

For Stuart Philps, coaching the Brave for the first time in the Australian Ice Hockey League was a dream come true after 15 years playing for the Canberra Knights before the team was replaced by the Brave.

“Personally, it was a huge achievement for myself,” says Stuart.

“I didn’t win the Goodall Cup as a player. It makes it even more significant to achieve it as a coach, to guide and lead young players.”

But for Stuart, there was little time for celebration as he flew home late Sunday night before a 4 am start the following day in his job as a commercial garbage truck operator.

Stuart says he’s keen to build on the success next season when the league is expected to expand to 10 teams with teams from Perth and Adelaide tipped to return along with teams from Brisbane and the Central Coast.

They will be chasing the Brave next season, a side that has proven it is more than capable of overcoming the odds.

That is fantastic. Well done team 🤩🤩

Thanks guys!! A great win by the team and all Canberrans should be proud (Y)