The changing face of Canberra property 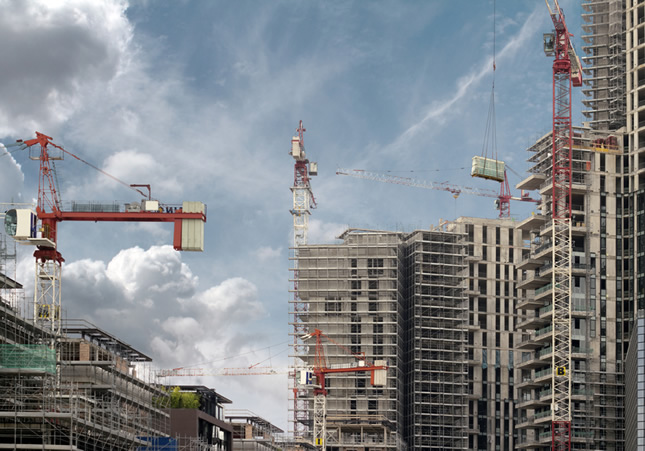 It may seem like a greedy grab from developers to turn a block of land into a high rise with hundreds of apartments and commercial use facilities; however, this isn’t how many of the “new age” property buyers in Canberra see it.

Given our sparse parcels of land and comparatively small population, the last 100 years in Canberra has been focused on new home developments on reasonably-sized blocks of land, and small unit and townhouse developments comprised of less than 100 strata title properties.

The last few decades have seen an explosion of larger apartment blocks in CBD locations such as Canberra City, Woden and Belconnen, and new suburbs including Lawson, Crace, Wright, Coombs and Denman Prospect (many of which will rival Braddon as the record-holder for population density).

And while these apartments provide purchasers with an affordable way to buy into a new suburb in a sought after location, the size of the developments is relatively small when compared to the newcomers on the Canberra property block: large scale multi-unit residential, commercial and mixed-use buildings.

Such developments include the likes of New Acton, Kingston Foreshore, Campbell 5 and the planned Section 200 in Belconnen.

These huge, complex strata developments comprise hundreds of apartments across multiple buildings that sit on top of a carefully planned selection of restaurants, cafes, supermarkets, cinemas, offices and so on. Residents often have access to a concierge/front desk, communal pool, gym and outdoor seating and garden areas.

Jenny, a 25-year-old uni student, bought an apartment in the New Acton development last year with the help of her parents.

“At my age I didn’t want to worry about the upkeep of a house,” the young property owner said.

“I also wanted to feel really secure where I lived – knowing I didn’t have to go far to get groceries, grab a coffee or catch the bus. It was a decision based 100% on lifestyle and convenience.”

Chris Miller, Managing Director of Vantage Strata who specialises in body corporate services for large developments, says Canberra has not been traditionally known for these larger, complex developments which are more often associated with Sydney and Melbourne.

“But there is a demand for them, from the younger generation and even empty nesters,” Mr Miller says.

“They represent a certain sophistication and ease of living that a house doesn’t always provide.”

Of the changing nature of strata in Canberra, he says the larger developments have paved the way for a new wave of strata management companies.

“Whereas previously a few large companies managed most of the small unit and townhouse developments, there is now a need for specialist strata managers to provide services for unit owners in these massive multi-use precincts,” Mr Miller says.

“It’s a complex environment, with a definite need for a holistic approach to managing assets as well as infrastructure.

“We like to think of it as a living, breathing community – rather than just bricks and mortar. Regardless of whether we’re talking 300 or 700 units, at this level, it’s really important to know the legislation backwards and to help the committee and owners make strategic decisions about the management of the building and facilities.”

He said there was often a need to split strata management and facilities management to ensure both got sufficient attention.

It will be exciting to witness the development of many of these new multi-use precincts. Belconnen’s section 200, for example, is set to be the largest Canberra has ever seen.

It’s situated on a 16,314-square-metre block of land bounded by Cameron Avenue, Emu Bank, Eastern Valley Way and the Labor Club. The $500 million development will provide up to 745 dwellings and is to be built by Canberra’s own Geocon.

And when you consider that consumer demand lies at the heart of these developments, it shines an interesting light on the changing way that we view property.

It’s looking less like just the roof over our head or the patch of green out the back – and more as a symbol of ‘placement’; valued for its ability to position us amongst a certain community and give us constant access to the creature comforts these developments provide.

Louise Earl - 9 minutes ago
I love Canberra … but yes.. Canberra has missed the boat on a lot over a lot of years! Not just AFL. View
Matt Bacher - 4 hours ago
Michael Bourke …..as you and I can attest to mate 🤣 View
News 156

Brett Wheeler - 25 minutes ago
Leon Arundell but I was more relaxed in a train. I was also able to move more freely, which counts, on journeys over a few ho... View
Brian Kilgannon - 4 hours ago
Frances I think you answered the question. No one uses it so why build it when we have more pressing issues at the moment. It... View
Oan Nbn - 4 hours ago
Leon Arundell but I guess Canberra to Yass need to connected from Kingston without passing CBD and making Light Rail stop as... View
Community 21

Capital Retro - 2 hours ago
Now for the wind turbines. View
Dean Okeeffe - 2 hours ago
you'd think with all their planning did territorial birds not factor in. View
Henry Kivimaki - 3 hours ago
Can we train the birds to attack the work cover drones? .. 😏😉... View
News 83

Anthony Willing - 4 hours ago
Paul Mills the same as every old / wheelchair person in every multi-storey in every city in the world.The fire brigade have s... View
Anthony Briscoe - 4 hours ago
Canberra more and more of this type of development will happen under the Barr Government. Just wait till the tram goes to Wod... View
Paul Mills - 5 hours ago
Becoming a common Canberra vista. View
News 128