The problem of public land and private sport 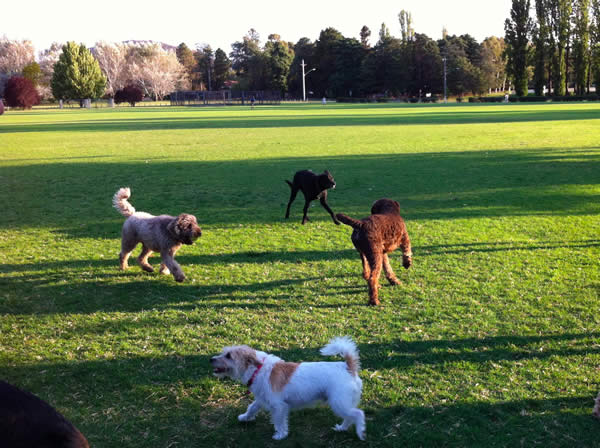 With moves afoot to try to ban greyhound racing in the ACT attention again is directed to the public benefits of sport here in Canberra.
We are well served for facilities and although there are occasional complaints about the allocation of grounds most sporting bodies are accommodated.

However two issues are cause for concern.

The provision of expensive permanent homes for some smaller sports raises eyebrows, particularly when the membership of the activity is equally small, even miniscule. Remember the futsal slab now a container amusement park beside Lake Burley Griffin?

The second issue is more contentious and involves the appropriation – in the eyes of many – of public land.

When Canberra was being established last century the planners were generous with the provision of land at peppercorn rental as they sought to attract large organisations, including churches, to the proposed National Capital. Some of this bounty remains today but most has been sold off or adapted for other uses. Hence the problem.

While the churches appear to have avoided criticism for much of their business dealings, perhaps because they are regarded as poor, other organisations and especially sporting clubs have incurred great wrath because, I suppose, they are seen as rich. There is some justification for this when one learns of the huge sums paid for individual players in some codes.

The principal public gripe concerns land and usually involves golf clubs – the Brumbies sale of the Griffith bowling club a standout exception with Flinders Oval (pictured above) forming part of their original redevelopment plan. Critics of golf club redevelopment plans believe the land should revert to public use if no longer needed for fairways etc.

Recently the Federal Golf Club’s ongoing attempt to sell off excess land on the lower slopes of Red Hill and a similar proposal at a Tuggeranong links saw community pressures against the moves. Objections differ but most are the windfall gains a private body would enjoy from the change of the cheaper concessional lease to allow housing to be built on very desirable sites.
Unfortunately for any ACT government the precedent of transfer of land for other purposes than that already granted already has occurred, so reversing an unwise decision would be difficult.

Yet providing a private club with the windfall doesn’t seem fair either. Trade out or raise membership fees is the solution suggested for cash strapped bodies.

This problem will not get any easier as sports particularly in the valuable inner city with aging members fail to balance the books.

Ashley Wright - 10 minutes ago
Darlene-Rose Strickland winter in Canberra is actually the driest months. Spring followed by summer are the wetter months. View
Kevin Stockton - 3 hours ago
Imants Ezergailis haha...let the keyboard warriors complain - the truth hurts View
Jackie Fuller - 5 hours ago
Andrew Dudley how do you figure that out 🤦‍♂️... View
Sport 8