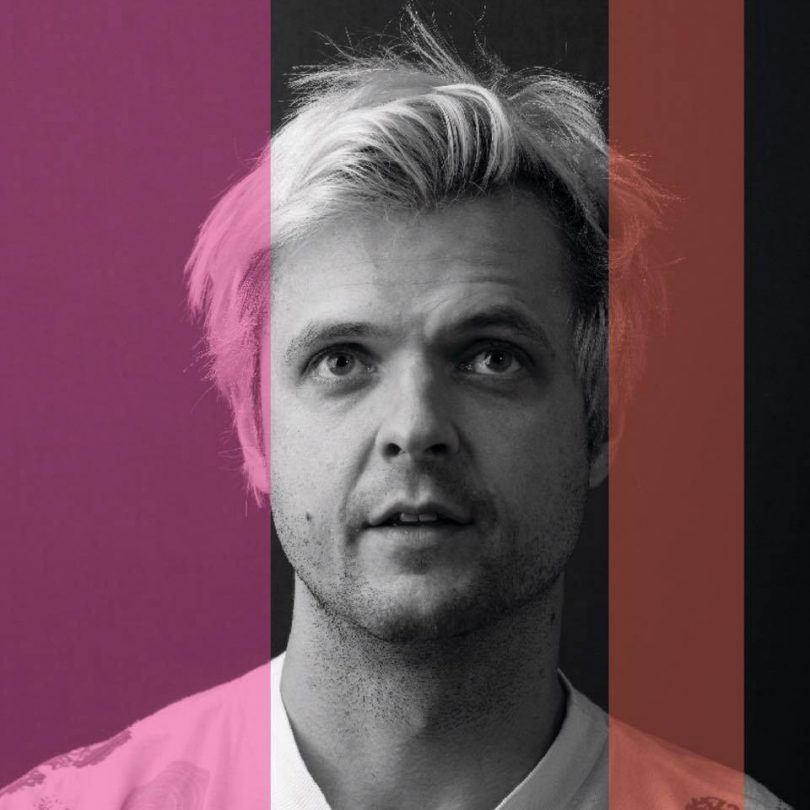 Endrey launches the debut single ‘Lusitania’, feat. Citizen Kay, from his upcoming album this Saturday at the Polo. Photo: Supplied.

From the legendary shows of past bands Fun Machine and PAINTonPAINT, to comedy, Canbeurovision and supporting the Canberra arts scene at large, Endrey’s artistic daring and performances have earned local cult status.

His solo project had a more introspective approach with the reflective, interwoven concept album ‘Lost + Found’ in 2017, before Endrey recorded the new album in the Hungarian countryside with producer Louis Montgomery.

The new experimental pop single ‘Lusitania’ is a ‘gentle bop’ with a massive bassline and epic feature-rap from Citizen Kay, among playful reminders that ‘This is our own time.’

Warm up with comedy this Wednesday at Treehouse, or Thursday at the Pot Belly Bar. Or with some fine winter Blues: Jackson Fisher is playing at the Queanbeyan Hive on Thursday and Pat (Patou) Powell at the Austrian Australian Club on Friday.

Canberra’s weekly Hardstyle electronic dance event, Hard Attack, run a feature event each month with many genres catered for. This Saturday features an all-female line up, including locals Dzasta and Tyrade as well as visiting DJs Xdream, Jozzi and Rallen. Canberra born and bred DJ XDream has been in the hard dance scene for over 15 years, and is the only Australian DJ to play at all ten ‘Defqon 1’ festivals.

Anthony Callea is in town to play his intimate ‘Unplugged and Unfiltered’ show at the Canberra Theatre Centre on Saturday night, while international magician Cosentino uses magic, illusion and escapes to show ‘Anything is Possible’.

South Sudanese ‘household name’ Gordon Koang plays Smiths this Thursday with his new Australian band and ‘a message of peace, love and unity, dancefloor style.’ While CBR DIG’s upcoming tunesday roast has a cracking line up with HYG, The Narcissists, Hope Wilkins and KONAN.

Party people can rejoice in another live art Sound and Fury party in New Acton this Saturday or enter ‘the dance wormhole’ at sideway with cult DJs Pickle, Moopie and Bayu.

And Adelaide’s Slingsby Theatre Co are in town to re-tell Oscar Wilde’s story of a naive boy raised by goatherds, found to be heir to the kingdom, in The Young King at the Courtyard Studio.

Feri Rahmat Chandra Piliang - 8 minutes ago
worth to visit your embassy Antoine Vansteenkiste View
Simone Moss - 1 hour ago
Sarah Moss,maybe you need some alpacas 🦙 View
Lucy Coote - 2 hours ago
Tom Gilbert uhhhhh I mean at least we wouldn’t have to mow the grass… View
Opinion 44

Jimbo Lambert - 30 minutes ago
So what was the justification for reducing the Barton Highway section near Gungahlin Drive from 100km/h to 80km/h? It's dual... View
Martin Ross - 1 hour ago
Steve Jones transport Canberra buses don’t have flashing lights. Only Qcity ones do. And the local private companies don’... View
Peter Ball - 5 hours ago
Gai Wil - So given that logic, a 5 kmh limit would be OK with you yeah? I mean, as you stated if you don’t speed (regardles... View
Property 30

chewy14 - 5 hours ago
Capital Retro, You've claimed that nuclear power is the only economically viable alternative to coal. That is clearly not the... View
Community 1

Linda Stapleton - 6 hours ago
Oh the poor souls mowed near our home only a couple of weeks ago and oh dear the grass is now two feet high already. I feel s... View
Motoring 1

A few weeks ago, fellow columnist Ian Bushnell wrote about the proposed residential/aged care development on Cotter Road that will...
Lifestyle 24

A pair of alpacas has been brought into the Belgian Embassy in Canberra after foxes killed the ambassador's beloved pet...
News 20

@The_RiotACT @The_RiotACT
As families begin to settle in Canberra after fleeing Afghanistan, organisations such as Helping ACT are offering a valuable network of support. https://t.co/vJ4V4ufD66 (20 minutes ago)

@The_RiotACT @The_RiotACT
Sally Hopman reckons there's no need to #write yourself off if you are struggling with #computers. Just pick up the heaviest thing handy - ancient Remington #typewriters are always good - and take aim at the laptop https://t.co/5SoyRLLAhU (2 hours ago)