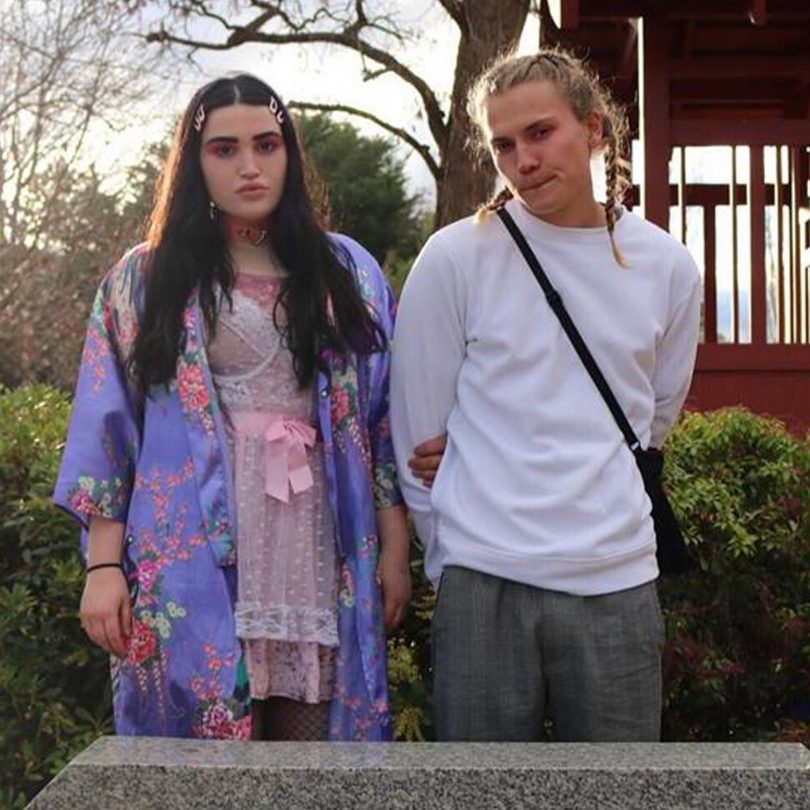 Neko Pink will be launching their new EP “Love Capital” at The Phoenix from 9 pm on Saturday. Photo: Supplied by Neko Pink.

Neko Pink (pictured) have been gigging like crazy as of late, putting forward their brand of synth-pop new-wave glory to the good local music loving folk of CBR. They have a new EP, “Love Capital”, which is available on Spotify and Apple Music – or, you can check out their tunes on their Triple J Unearthed page here. They will be holding a launch for “Love Capital”, playing with Kilroy, Twin Haus, The Narcissists and Peach Lane at The Phoenix from 9 pm this Saturday.

Two big local launches are on this Thursday! Glitoris, Canberra’s premier glam-punk feminist sensation, will be launching a new single “Spit Hood” at The Basement, playing with Dalmacia and Lady Denman from 7:30 pm. Over at Transit Bar, indie darlings Moaning Lisa will be launching their new track “Good”, playing from 8 pm with Wollongongian queer pop band Cry Club.

There are a number of big shows this weekend, including at Smith’s Alternative on Friday, where Smith’s will finally be holding a housewarming for their new extension, while having music on the side including acts such as The Barren Spinsters, Lucy Ann Tigerlily and The Cashews. The Basement will be having a huge night as A Breach of Silence host a big lineup including Maris King, Isoptopes and The Maybe List, while again at Smith’s on Saturday Oxjam 2018 will be on, featuring Coolio Desgracias, Lady Denman, Greg’s Intervention and the Richard Manderson Quartet.

Ian McLeod - 45 minutes ago
Charles Godworth yes I do and I also upgraded to three phase and will install a Zappi charger, but most won't need it. The po... View
Ian McLeod - 1 hour ago
Ben Garden which is what I'm doing and around town 2KW home charging is fine View
News 27

Robert Taylor - 49 minutes ago
I suppose it was unsafe and could not be kept for pedestrians & bikes. Sad View
Stephen Murray - 3 hours ago
I remember the punt that the bridge replaced. View
Christopher Cuba Rabanal - 5 hours ago
I’ve heard the best fish and chips in the bay is closing due to the lockdowns. That’s pretty sad 😢 View
News 27