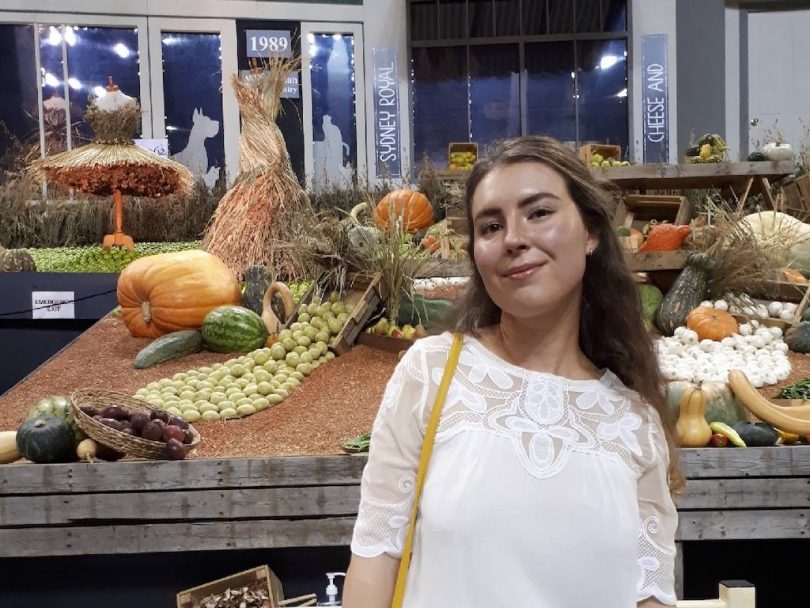 Ken looks after the Southern District Exhibit and his search for food and fibre has never been as frustrating as this year.

“It is years like this extreme wet one where it just wipes everything out,” he said.

“It is more difficult this year to get produce than in the drought. A lot of your vegetables, like pumpkins, rot on the ground. And because we had such a cold, wet summer, it was extremely hard to get produce this year.

“We had no jam melons, no gramma pumpkins, no watermelons. Normally, we have a stack.”

Ken, a grazier from Grabben Gullen, a little village near Crookwell, said almost everyone who attends the show views the district exhibits – the show highlight in his book.

Southern District covers an enormous area from the Blue Mountains to Wyangala Dam north of Goulburn, down to the Victorian border and cropping areas of the South West Slopes. Ken was not going to allow floods, crop failures, rotting vegetables and split fruit to spoil the combined districts’ exhibit.

Despite all the rain, enough produce came through to save the day, including a mammoth 237 kilo pumpkin from Candelo on the South Coast.

Produce included Bredbo swedes and turnips, Robertson potatoes and bottles of wine from Bowral, and lots of mixed vegetables from the South Coast. A huge amount of grains and oilseeds, corn and green maize have to be collected, mainly from Young, Temora and Wagga Wagga. 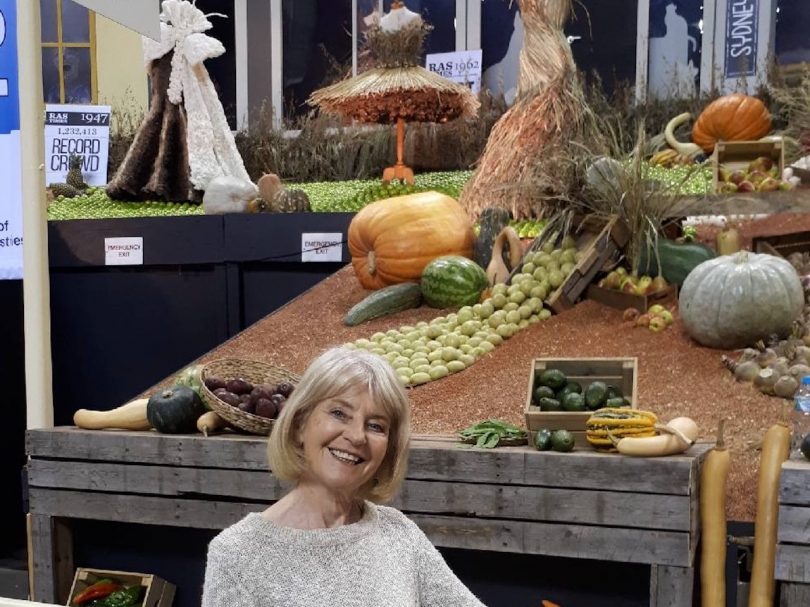 Margie Fitzpatrick at the Royal Easter Show’s District Exhibit, an event she has contributed to over many years. Photo: Emma Lipscomb.

“The growers take it off at harvest,” Ken said. “They get a good sample and put it away for us, and we have people go out and collect it, test it, sort it out and have it cleaned, ready for a four kilo sample to be judged.

“Most of our wool comes from the Monaro, Gunning, Crookwell and Gundagai – the prime wool-growing areas.

“The aim is to bring the bush to the city. I like to refer to it as agriculture and art, using your product as an art form and as a display.”

The overall display designed by Sydney architectural couple Wendy and Craig Taylor showcases the districts that have been involved in the Royal Easter Show since it began in 1823.

READ ALSO Sweet move: why Canberra’s bees are driven north for the winter

Goulburn farmer and artist Margie Fitzpatrick teamed up with her daughter Emma Lipscomb and dressed the mannequins as part of this year’s theme. Emma made tutus from wheat storks, clover grass, kangaroo grass, cotton pods and black wool.

Margie crafted a flowing ball gown for “a boutique cafe at Bowral” in line with the designers’ aim to include themes for which the district became famous from the 1920s to the 1960s. She used coloured wools for the dress and cotton for the cap. 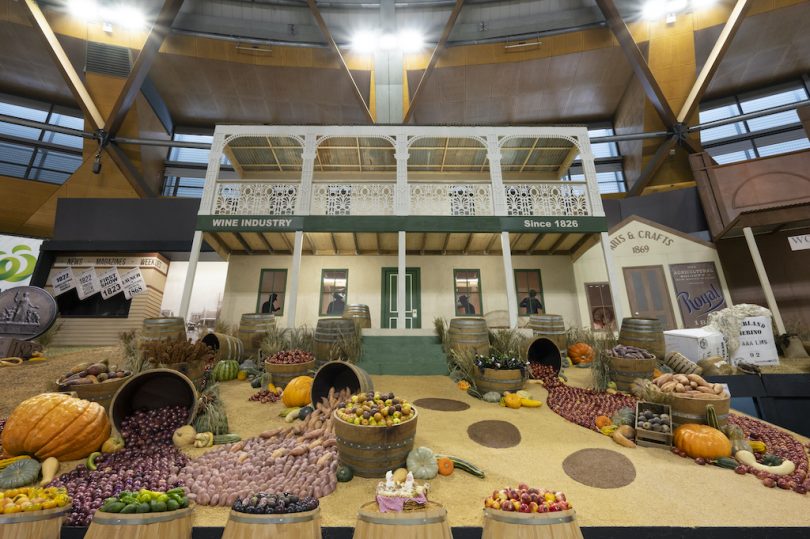 Some of the produce on display at the show. Photo: Monde Photography.

She said Bowral has long been a stylish area where farmers and their wives have enjoyed dressing up.

Margie fell in love with working on the Southern District exhibit back in the 1990s, then retired from volunteering to focus on her sheep and cattle farm. Last year she returned to help create the annual exhibit and formed a partnership with Emma. Their ‘Sharing Riverspace’ theme won last year’s competition.

This year’s Easter Show wrapped up on 19 April. Ken hopes the hundreds of thousands of visitors have walked away with a new appreciation of the bush thanks, in part, to the Southern District Exhibit.