The Violence Must Stop 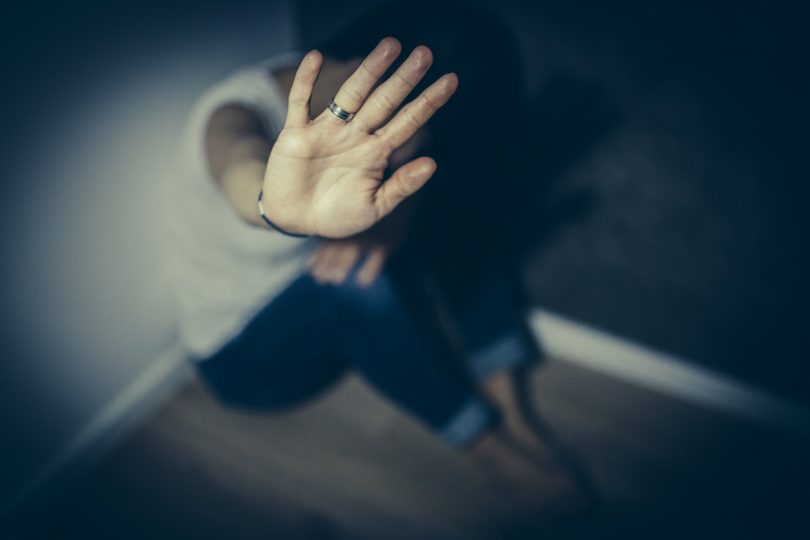 More than one woman is killed in Australia every week by someone known to them. These statistics must change.

Each year on 25th November, we mark the International Day for the Elimination of Violence Against Women, followed by 16 Days of Activism against gender-based violence. We mark these days because more than one woman is killed in Australia every week by someone known to them – most often by a past or current partner and most likely in their own home or that of their murderer. And many more are injured.

So far this year, more than 60 women have been killed in Australia. In October alone, 11 women were murdered. We cannot put our heads in the sand and imagine that this only happens in war-torn countries overseas, where mass-scale trauma, poverty and oppression have led to extraordinary breakdowns in social norms. It is happening here in Australia, in Canberra, in our communities and neighbourhoods.

The Red Heart campaign is counting every murder and manslaughter in 2018 to show the true extent of violence in Australia. This year it has counted 106 men killed, mostly killed by other men, and 64 women killed, also mostly killed by men. There is nothing inherent in being a man that means you are violent. Most men aren’t. There is nothing inherent about being a woman that invites or necessitates being a victim of violence. While the foundations of our social order, government and legal and economic systems are patriarchal in origin, it doesn’t mean they cannot change.

There is growing awareness of these issues, thanks to high profile advocates such as Rosie Batty and Clementine Ford, as well as the community and media interest. I commend the ACT Government for really working towards solving this issue, including through an investment of over $24 million for government and community programs, but we do still have a long way to go.

My work as an MLA has highlighted the barriers to justice and equality between the sexes here in Canberra. The issues of consent, intimate image abuse and access to abortion have repeatedly come up in conversation and consultation with the community. I am pleased that our majority female Legislative Assembly has supported positive change in these areas.

As the global ‘Me Too’ movement has been gaining momentum over the last year, here in Canberra I have been focused on changing the definition of consent to be a clear, unequivocal and freely given yes. Canberra is the last place in Australia where sexual consent is defined by when it is taken away, for example when someone is drunk or forced, not when it is given. This is unacceptable to me and to our community and I remain committed to working with other MLAs to change this over the next year.

Of course, tackling sexual consent issues needs more than legislative change—it needs cultural change. We all have a role to play. None of us can afford to stand by without taking action, and as the recent Doing Nothing Does Harm campaign has highlighted, this action doesn’t have to be confrontational or loud. But it must challenge attitudes and actions that degrade, demean or undermine women and contribute to a culture that, without condoning violence against women, is too often silently permissive.

It is a tragic reality that women whose partners are perpetrators of abuse are at heightened risk when they become pregnant. Reproductive coercion is also a real and frightening prospect for these women. Evidence from America shows that women who seek and are denied an abortion are more likely to remain in violent relationships than women who have access to abortion. This is one reason why I introduced laws in the Assembly this year to improve access to medical abortion—a safe, affordable and private way of terminating an early pregnancy, that helps reduce the risk of some women being controlled, manipulated and further victimised by violent male partners.

I would like to thank and acknowledge all of the organisations and individuals who tirelessly support survivors of violence and sexual assault, and work to raise community awareness. Ultimately, our shared goal must be to eliminate, not just reduce, the scourge of violence against women and the attitudes that enable it. We must all continue to challenge community attitudes and complacency. During these 16 Days of Activism, and indeed every day, I’m calling on all Canberrans to contribute to the cultural change that will make this happen.

Caroline Le Couteur MLA is an ACT Greens Member for Murrumbidgee and Spokesperson for Women.

Hi Caroline
We must be really carefull that presumption of innocence and due process of law is not thrown out like the A.C.T. did with Family Violence legislation. I wrote to you and all the other A.C.T. legislative members on 7/9/18 – you still have not responded. Would you like to discuss the issue? Jon Pearson

Alley Hunter - 35 minutes ago
Marjeta Marks then it's up to the business to sign you in using their business account View
Alley Hunter - 36 minutes ago
Mark Monterosso then the business need to sign you in View
Marjeta Marks - 4 hours ago
What about those with really old phones that dont have the tec to enable scanning. Like half of the over 70' peps i know. Are... View
Food & Wine 16

Natalina Ireland - 2 hours ago
So many contradictions in one statement!! I hope your friend gets an answer that actually makes sense 🤪 View
What's On 7

AuntieTruda Verkleinern - 2 hours ago
She is beautiful. We saw her over Lawson this morning! View
Samantha Warburton - 5 hours ago
Dale Warburton View
News 19

Carole Ford - 2 hours ago
How dare the feds control how the voting public in the Territories vote. It's the worst kind of BS that I've heard in my 62 y... View
Nell Feneck - 4 hours ago
No thanks View
Jessamine Bernadette Elena Perlibachas - 6 hours ago
Unnecessary suicides occur every day because of this system failure. Forcing suicide as the closest thing to a choice prevent... View
Property 24

bj_ACT - 3 hours ago
I think we must both be misunderstanding each other. I wasn’t saying you were wrong, just surprised by your views. Personal... View
Kate Tricks - 14 hours ago
Bad news for those of us looking to buy... View
bj_ACT - 18 hours ago
Chewy I’m surprised by your views based on some of your previous comments over the years. I’m not sure that property Deve... View
Sport 27

Fiona Lovegrove - 5 hours ago
How did I miss This article? Great piece about a great friend 😁 No mention of the Pot Belly incident lol View
Food & Wine 11

Kristin Smith - 12 hours ago
Yumyumyumyumyum!😍😋 I've always loved the food - and the doughnuts are next level! View
Opinion 7

HiddenDragon - 15 hours ago
"The ACT needs home-grown solutions that fit with its culture and the aspirations of its people and origins, not imported min... View
Gabriel Spacca - 17 hours ago
Well I feel sorry for those who are coming here to escape the anthills of Sydney and Melbourne. The current government is try... View
Marc Edwards - 19 hours ago
Ian Bushbell is about 50+ years to late View
show more show less
*Results are based on activity within last 7 days

A documentary made by a Batemans Bay filmmaker about keeping Australia's oldest show on the road is one of five...
Property 24

Shame, intimacy and fear are at the heart of domestic violence, says author

@The_RiotACT @The_RiotACT
Olivia Thornton has been appointed CEO of Cricket ACT. It's another first for the 37-year-old who takes the helm after a massive year for cricket in Canberra https://t.co/ptDvknRJwp (2 hours ago)

@The_RiotACT @The_RiotACT
Clean Up Australia Day is this Sunday and volunteers are expecting to find lots of plastic containers as a result of the COVID-19 pandemic. Find out how to get involved https://t.co/vq20uUQ3R0 (3 hours ago)