The War Memorial is getting a face-lift 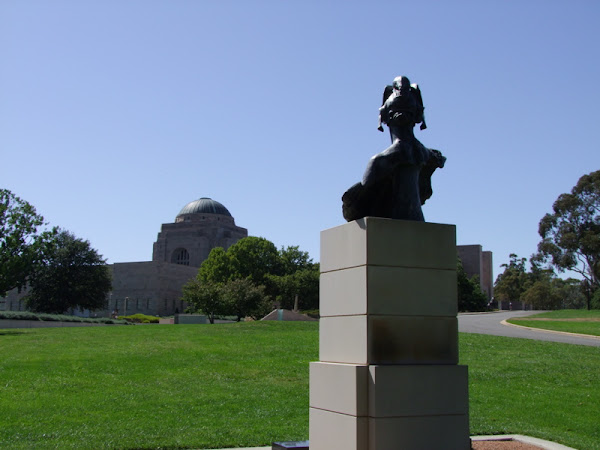 Serving us well since 1941, the Australian War Memorial is set to get a $27 million refurbishment (announced by the Prime Minister). With that kind of cash you would expect a complete overhaul, but only the First World War galleries are reaping the benefits this time.

These galleries are of particular importance right now as the final First World War veteran died this February, with the last Australian veteran dying in mid-2011. The galleries will be re-designed to more effectively teach the younger generations about Australia’s involvement in the war, as well as to serve as a reminder of the 61,522 Australians we lost during that time.

“Speaking at the Australian War Memorial, the Prime Minister said the site was a very special place for Australians to come and remember the many thousands of soldiers who paid the ultimate sacrifice for our country. We want to upgrade the gallery, so visiting Australians can say, with full appreciation and gratitude – we will remember them.”

Since the ANZAC Centenary is in 2015, the aim is to get it completed by then. Let’s hope refurbishments of major tourist attractions go a little faster than our road works. Fingers crossed!

Timothy Bailey - 43 minutes ago
The AWM and "ANZAC" are very powerful icons. Difficult to argue with or question. The whole 'Beersheba - last great cavalry c... View
BlowMeDown - 6 hours ago
I think you've just summarised the Labor/Greens strategy re promoting light rail by derailing, as they did, the bus system in... View
Community 23

Futureproof - 1 hour ago
There's no such thing as zero emissions. Every item you buy has had emissions to create it. The Chinese made windmills, the C... View
TimboinOz - 2 hours ago
I agree. We two are retired, we do not drive our car more than three times a week. We bought it, very slightly used in early... View
nobody - 7 hours ago
I am tired of these elites asking the poor to pay for the expensive green tech desired by the virtuous. If you want the lates... View
Motoring 24

TimboinOz - 2 hours ago
A Forester is even better. More ground clearance makes it's reach / range into bushland a good bit better. And it's just as g... View
Peter McDonald - 3 hours ago
Michael Bradshaw and it’s EV. View
Julie Macklin - 3 hours ago
The difference here was the Subaru Outback I was following got over that gully...on three wheels with one corner in the air,... View
News 1

ChrisinTurner - 2 hours ago
I had to look up stealthing on Google. Seems to have changed the whole intent of the word "stealth". The mind boggles with th... View
Business 61

Lisa Hogan - 7 hours ago
Agreed. The current scheme only benefits those with the disposable income to buy stuff. So another 'discount' for the rich. A... View
News 41

JC - 7 hours ago
There is a partial element of truth in it, but only if you draw a very long now. ACTEWAGL is 50/50 owned by Icon Water and Je... View
Community 3

Acton - 8 hours ago
An attempt to use a drone with barking dog noises to round up sheep ended in hilarious failure on Clarkson's Farm, now showin... View
News 65

UPDATE 11 June, 9:45 am: The ACT Government has announced that the ChooseCBR scheme has been paused for seven days...
Best of Canberra 191

@The_RiotACT @The_RiotACT
While residential buildings shone in this year's ACT Architecture Awards, some iconic designs from around the city were also recognised including the famed circular bus shelters https://t.co/Nr8YkxRK5Y (30 minutes ago)

@The_RiotACT @The_RiotACT
After losing their newborn son, Tory Bridges and Harry Townsend have established a foundation to fund medical research and regenerate forests for future generations https://t.co/gT0ZUczNrn (2 hours ago)

@The_RiotACT @The_RiotACT
Ben Williams rose to the top of his field as a world-leading football referee - and even officiated at one of the craziest games ever played. Tim Gavel explains a journey that began at age 15 in Kambah https://t.co/eyMRbZboiX (3 hours ago)