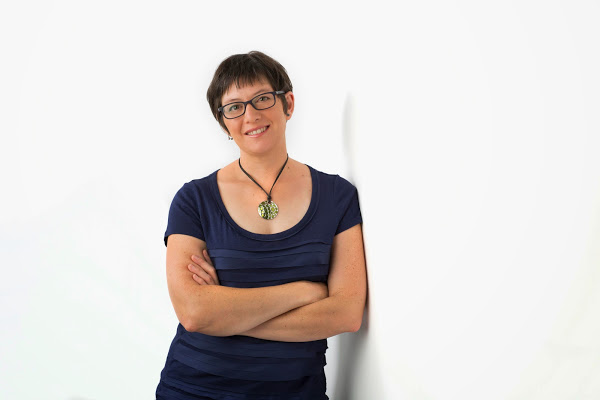 Esguerra was a Greens candidate for the Senate at the last Federal election alongside lead candidate Simon Sheikh and ran for the seat of Fraser in 2010.

The long-time political staffer said the key difference this time around was that she’s only run for Federal office in the past.

“I’ve never run in a winnable seat before even though I tried to give Andrew Leigh a run for his money [for the seat of Fraser in 2010 when she won a respectable 19.8 per cent of the vote].”

She will have to leave her role in Mr Rattenbury’s office at an appropriate time next year and that will leave a hole.

“The role I play there is fairly crucial to keeping the team going,” she said.

“But I’ll be wanting to leave anyway mid-way through the year to campaign”.

Ms Esguerra worked as a senior adviser to Ms Le Couteur for three and half years during her previous stint as an MLA and was on Deb Foskey’s staff before that.

Asked whether making the move from working for Mr Rattenbury and Ms Le Couteur to becoming their Assembly colleague presented any issues, Ms Esguerra said, “We’re the Greens so we’re all pretty equal anyway.”

She said the additional seats in 2016 would mean more diversity and brain power in the Assembly and its committees.

If elected, her number one goal will be to ensure that existing Greens policies that have been implemented or are on track for implementation remain in place in light of attempts by the Liberals to undermine them. She put the light rail project in this category.

Other priorities included continuing work on water quality for the whole of Canberra through urban waterways rehabilitation, improving public transport and increased levels of public housing.

She hopes to make a difference in active travel in Ginninderra, by making Belconnen Town Centre more accessible and people-friendly, including for cyclists, for example.

“There’s a lot of good things in train, we just need to keep the train going,” she said.

The Greens have named 15 candidates for the expanded Legislative Assembly altogether, with staffer for Federal Greens Leader Richard Di Natale Jennifer Faerber among them.

She is running in the same electorate as Ms Le Couture, Murrumbidgee (Woden-Weston). Emma Davidson is the other support candidate in that electorate.

Ms Esguerra is the lead candidate in Ginninderra (Belconnen) ahead of support candidates Richard Merzian and Jason Chappel.
Mr Rattenbury is top of the list in Kurrajong (inner north and south) with support candidates Rebecca Vassarotti and Jillian Thomsen.
Tougher seats for the Greens are Brindabella (Tuggeranong) and Yerrabi (Gungahlin). Candidates for those seats are Michael Mazengarb, Ben Murphy and Johnathan Davis (Brindabella) and Veronica Wensing, Andrew Braddock and Tobias Holm (Yerrabi).

As a sitting Greens MLA and a minister in the current Labor-Green government, Mr Rattenbury has profile and experience to help him over the line. The Greens anticipate Ms Esguerra and Ms Le Couteur will join him in the Assembly and once again join forces with Labor MLAs to form government.

Good to see some backgrounding of the potential members of the LA. Given the influx of unknowns it’d be great for riotact to do a series covering all potential politicians.

Rattenbury was running for elections since about 98 before he finally got elected.

Robert Lang - 27 minutes ago
Kirsty Noad I work in the trauma operating theatre of Canberra Hospital. I have not seen any scooter injuries. I see major tr... View
Robert Lang - 29 minutes ago
I too gave a hearing disability. I stand to the left of all shared paths. No problem. View
Robert Lang - 30 minutes ago
Cheryl Thuillier yep, and let’s make car drivers wear helmets too. After all, car crashes are the number one cause of head... View
Opinion 55

Luke Costanzo - 47 minutes ago
Michael Pearson zero facts or fact checking. All conjecture and clickbate. Try again View
Julie Macklin - 1 hour ago
I had my first Astra Zeneca vaccination last Thursday. Initially all I had was a slightly sore arm, which soon faded. However... View
Luke Costanzo - 1 hour ago
Jeannou Zoides check mine out with the nice NHS logo. I had it 3 weeks ago and I am still alive. Problem with the anti vax co... View
News 1

ChrisinTurner - 58 minutes ago
I hope the panel addresses the problem of attracting technical specialists like engineers and certain IT people. The current... View
Food & Wine 41

sprintman - 3 hours ago
Gave up on 2CC in the mornings shortly after Stephen Cenatiempo started. Nothing but right wing nonsense from start to finish... View
Food & Wine 45